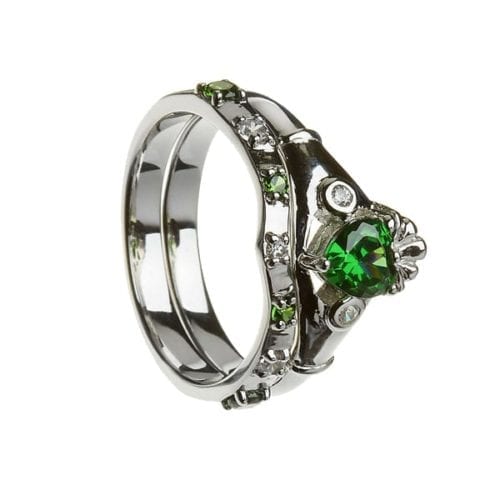 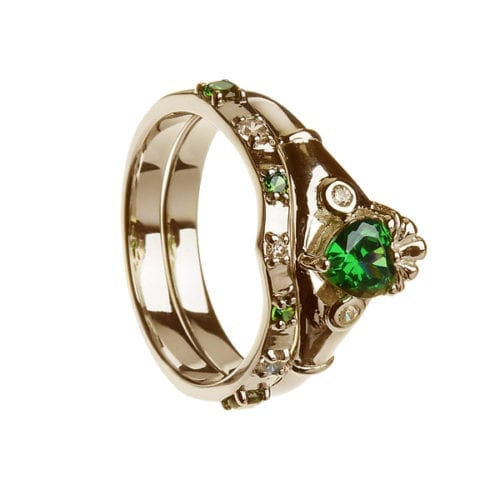 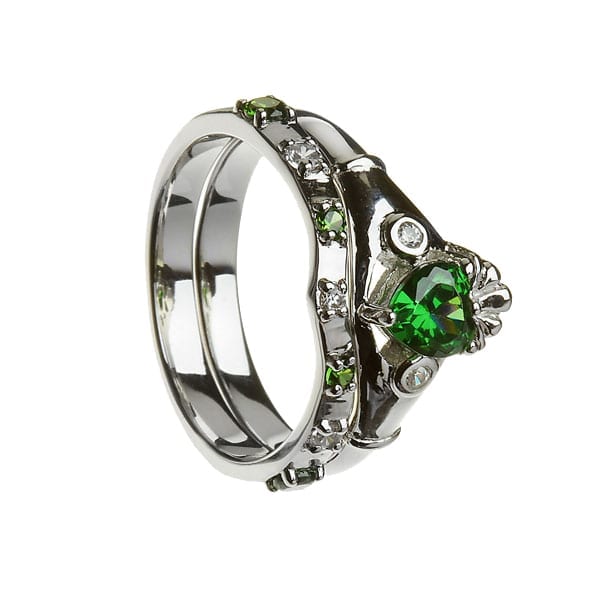 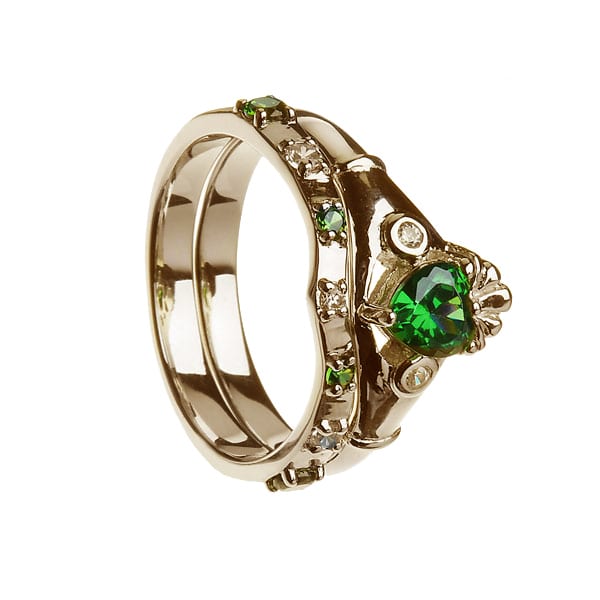 This Claddagh Ring and Matching Band is an original Claddagh Ring set with Cubic Zirconia Stones and the matching band is also stone set and they sit together perfectly! The Claddagh is a well-known Irish symbol.

This Claddagh Ring and Matching Band is an original Claddagh Ring set with Cubic Zirconia Stones and the matching band is also stone set and they sit together perfectly!

This Irish made Claddagh Ring and Matching Band is such a special ring and is the perfect gift for a special anniversary or birthday, or even an engagement!