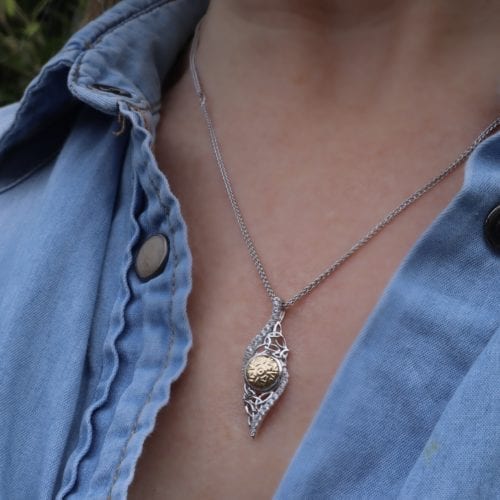 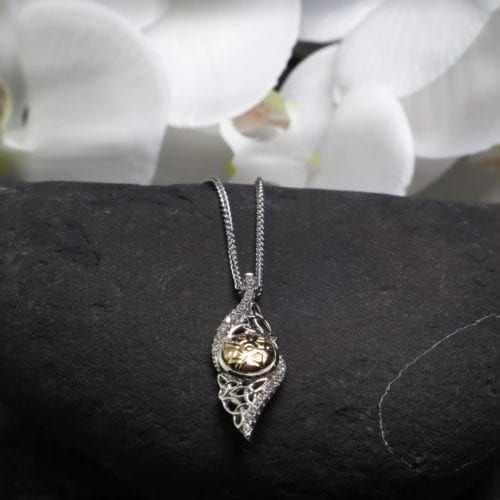 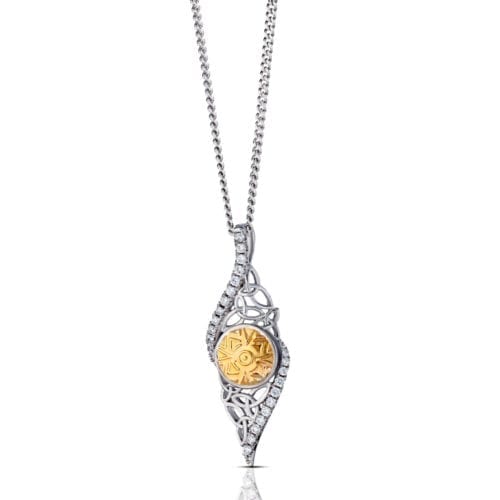 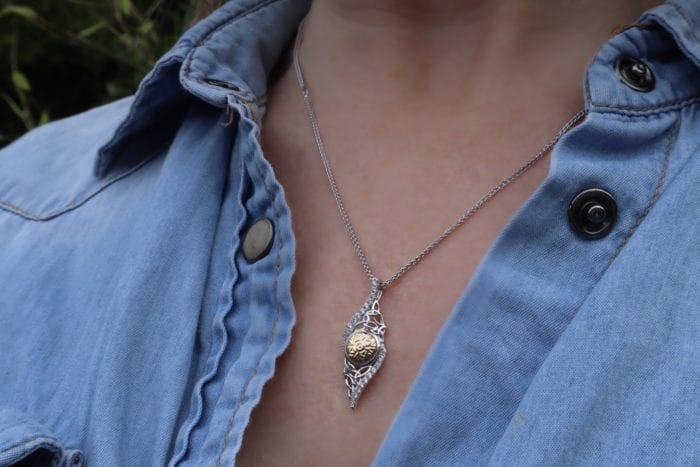 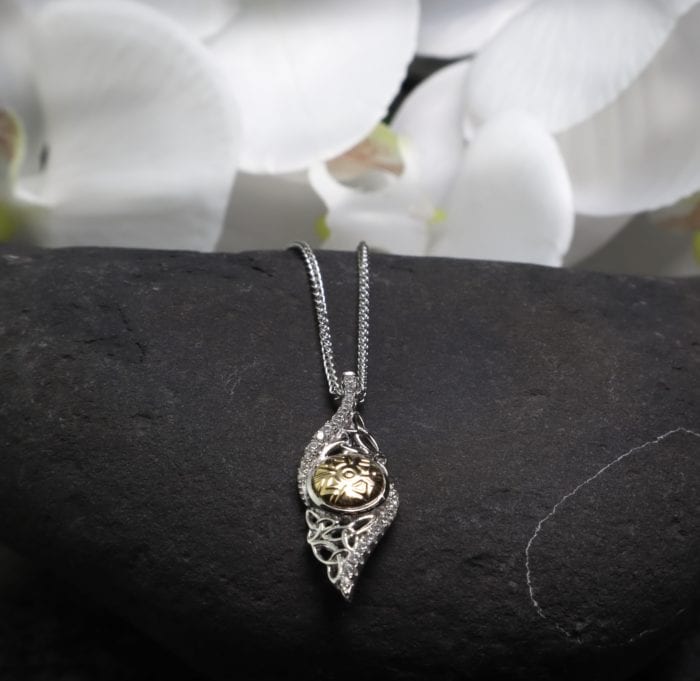 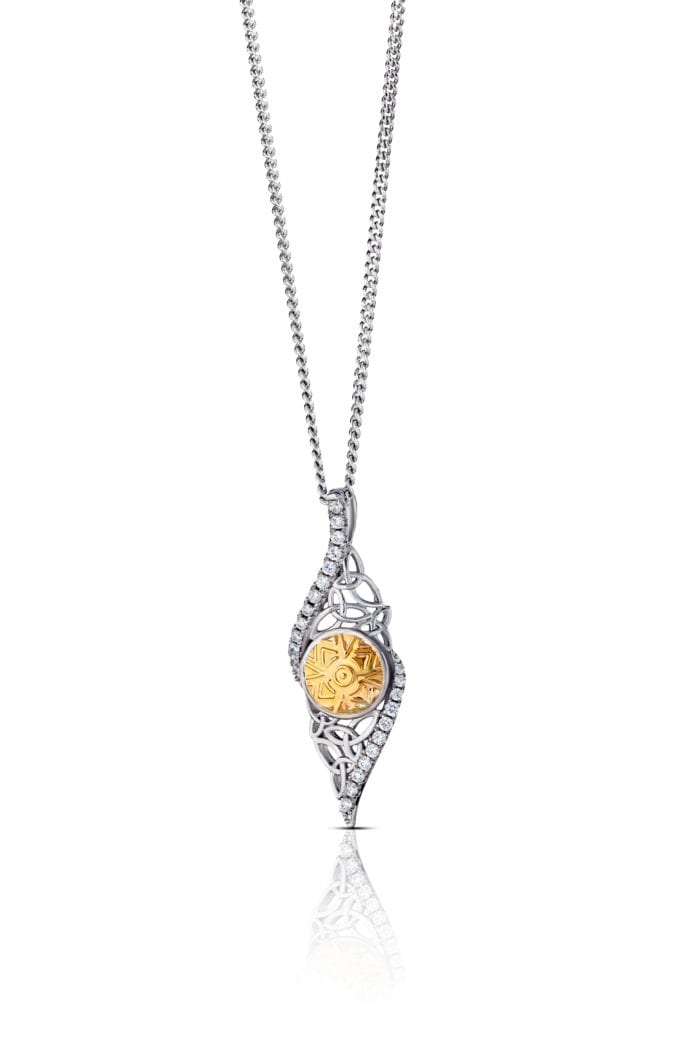 Our Solstice Twisted Trinity Pendant 18k Gold Bead is inspired by the Winter Solstice. The Winter Solstice is a Celtic celebration of the shortest day, and longest night, of the year. It is thought to be a period of quiet energy. 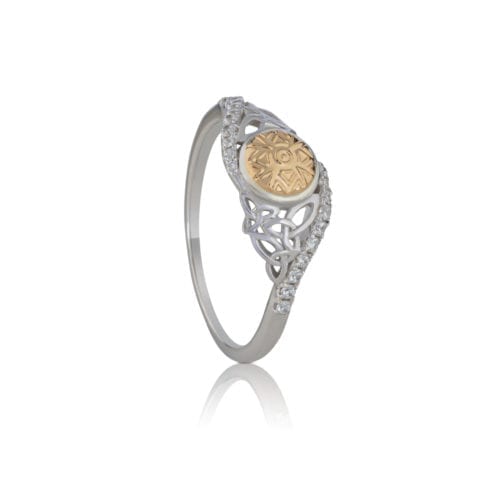 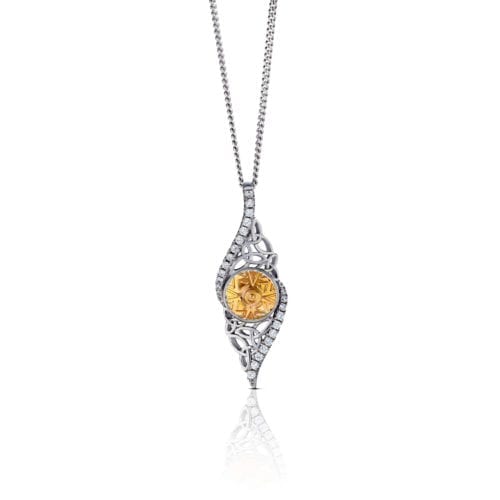 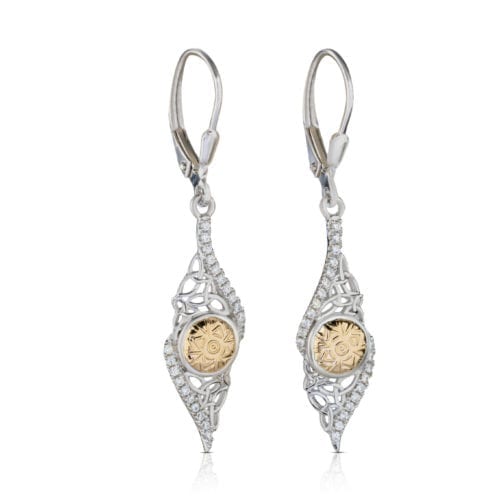