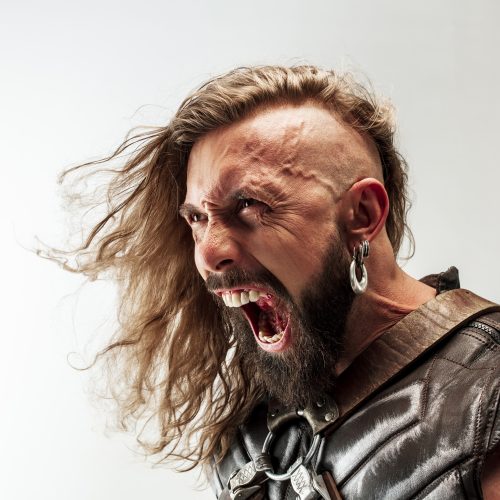 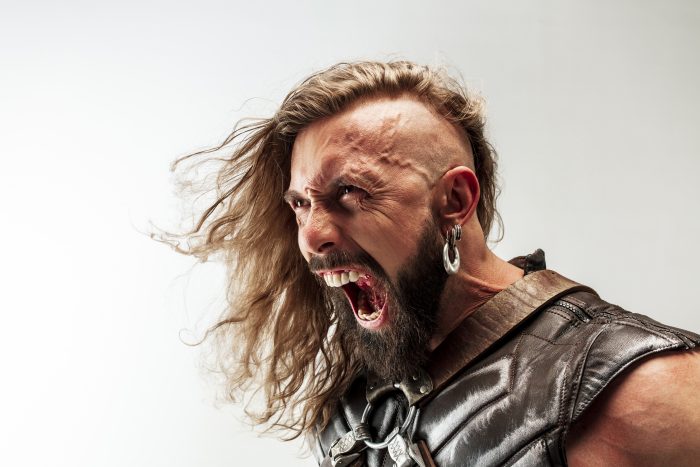 Not many people are surprised to hear that the Celtic Warriors® are among the finest warriors in history. The Celts were regarded as being physically and mentally tough. They were bred to fight and never surrender! Celtic Warrior® symbols have long been a well-known emblem of strength and endurance, whether physically or mentally.

They were the Celtic Warriors®’ source of strength and provided them with the courage to face challenges. They believed in the power of symbols and constantly wore a blue dyestuff made from the woad plant on their bodies.

In what follows, we will look at the 3 most famous and meaningful Celtic Warrior® symbols, and their meanings. 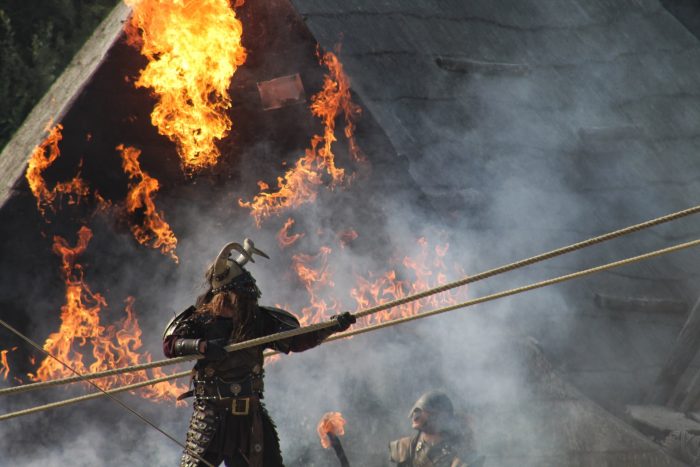 Photo by Victor B. on Unsplash

The Celts placed a high value on symbols. Warriors with great valor and gallantry, such as them, were all painted with distinct symbols that were inspired by the spirit of nature and the creatures around them.

Because the Celts were a warring tribe, they most likely associated identity with bravery. Symbolic Celtic face paint was a good way for strong warriors to establish their symbolic identity as fighters.

In fact, Celtic war paint was very popular with Irish warriors, as they believed that these marks would protect them from harm and grant them the qualities of fearless symbolic instruments and beasts.

The Celtic Knot as a Warrior’s Totem

The Celtic Knot is one of the few symbols that link a warrior’s actions to his clan’s duties. They would wear such symbols to combat to remind them of their loyalty to their people and the reason for their battle.

Some Celts would employ symbols of animals and trees as emblems too. This would give them a more frightening appearance. They would wear the Celtic theme in various colors to distinguish each fighter from the others. They’d also employ the Tuatha de Danann’s symbol.

➽ Browse our entire Celtic Warrior® Jewelry Collection to uncover all symbols and the beautiful story surrounding each and every one of them. 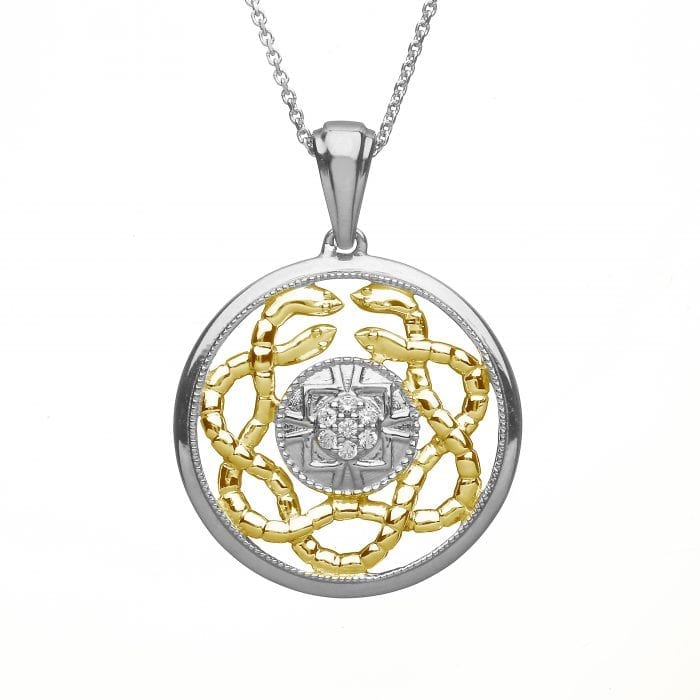 Meaning of the Warrior Symbols

Because of the lack of written documents left behind by those people, the symbols of the ancient Celtic culture might be difficult to correctly identify. Stories, ideas, beliefs, and symbol interpretations were passed down verbally or carved onto stones. As a result, archaeological investigations and other discoveries have taught us a lot about the symbolic values of Celtic Warrior® symbols.

Other ancient societies were also attracted by the diversity of Celtic symbols and recorded a great deal of information about them in their own archives, as they were well-organized when it came to written records. We can connect with this ancient culture and its traditions by using astute documents and just a little creativity.

Symbols of the Celtic Warrior® 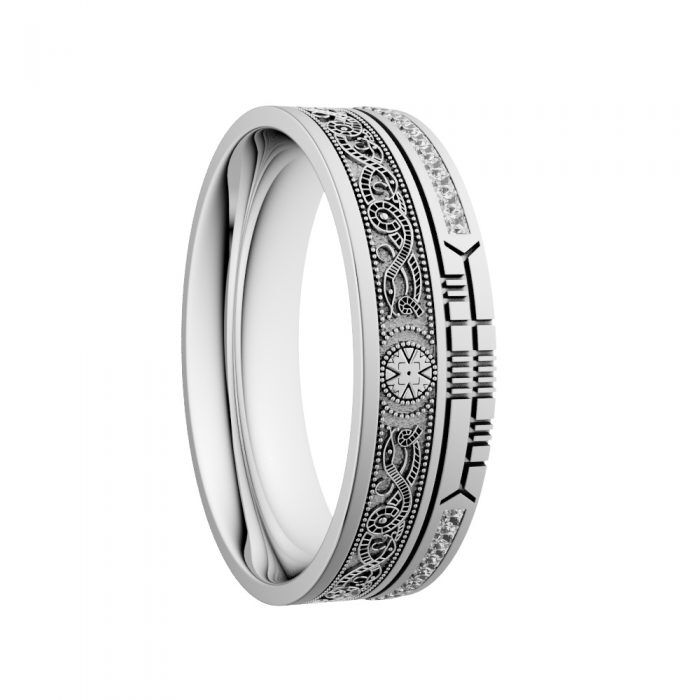 The majority of ancient Celtic Warriors® saw the Celtic Ogham as a symbol of protection in the battles they waged. Alternatively, they believed that the Ogham would provide them with fighting power and bring wisdom to all Celt soldiers in the most trying times.

The Ogham symbols are a collection of 20 symbols that depict sacred trees, each of which has its own unique qualities and attributes. The Alder tree, which was a sign of endurance and power for the Celtic Warriors®, was represented by the Ogham symbolic letter D, or Duir.

Fern was represented by the letter F, which stood for the enormous and strong oak tree, which stood for strength and stability. In reality, the oak tree was thought to be a vast source and reservoir of cosmic energy with no boundaries.

As a result, warriors who intended to absorb the Duir’s force and release it on the battlefield invoked it.

➽ Are you interested to know more? Read all about the differences between Ogham and Claddagh rings in this article. 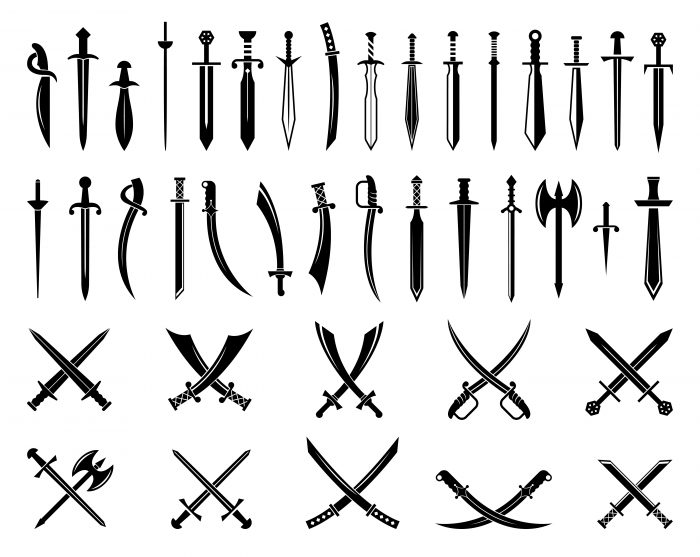 There are some specific instances of popular warrior symbols in the form of artifacts and designs. The most appropriate, though, comes in the form of one of a warrior’s preferred weapons: a sword. A warrior’s sword size and quality were indicators of his prestige.

This meant that the creative representation of it was just as important as the meaning behind this symbol. Since ancient times, the sword was most likely the most important weapon for any warrior. Furthermore, most people in Celtic culture would identify with the type of weapon they used in battle.

➽ If you are curious of how these powerful, ancient symbols would translate into delicate, modern accessories, discover our stunning collection of warrior jewelry bangles featuring swords and shields. 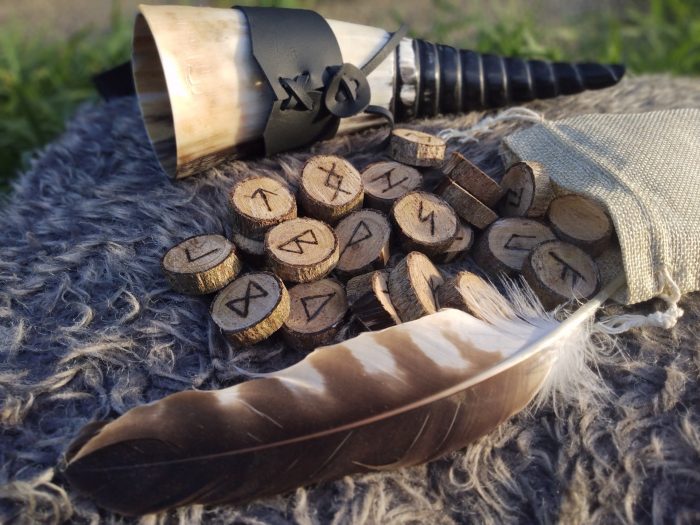 Photo by Carla Santiago on Unsplash

It would bring good fortune in future fights this way. Some people believe the Ken Rune sign is more akin to an arrowhead. In Celtic culture, it represents the force and strength of masculine warriors. As a result, it unites all of the warrior’s powerful forces.

Boudicca: Boudicca was a Celtic queen of the Iceni tribe who led an armed rebellion against Rome in modern-day East Anglia, Britain. Her insurrection against Rome resulted in the destruction of the ancient Roman cities of Camulodunum, Londinium, and Verulamium, as well as the deaths of nearly 80,000 Roman civilians in Britain.

The Roman governor defeated her in Watling Street.

Caractacus: Caractacus, or Caratacus, was another Celtic king who battled against the Roman Empire in Britain. Caractacus was the ruler of the Catuvellauni tribe of Hampshire and Gloucestershire, who led the battle against Roman invaders between AD 43 and AD 47.

In fact, the earliest British resistance to the Roman invasion was led by Caractacus and his brother Togodomus. Following his defeat by the Romans, he escaped to south Wales, then to northern England, where he sought sanctuary with the Brigantes, whose queen, Cartimandua, betrayed him to the Romans.

Brennus: Brennus had a particularly illustrious history, as he was the first commander to sack Rome. He led his men at the Battle of the Allia, which resulted in Brennus’ triumph and the Gallic Celts gaining control of a large portion of Rome.

We prepared this article hoping it would improve your knowledge about the most famous Irish warrior symbols, their history, and their meaning. Despite their roots in ancient times, many find these symbols beautiful and stylish to this day, which is one reason why Boru’s Celtic Warrior® jewelry collection is so popular. The Collection includes celtic rings  and well as Celtic Warrior® earrings. Pair them up with our statement Celtic Warrior® necklaces or opt for celtic accessories.