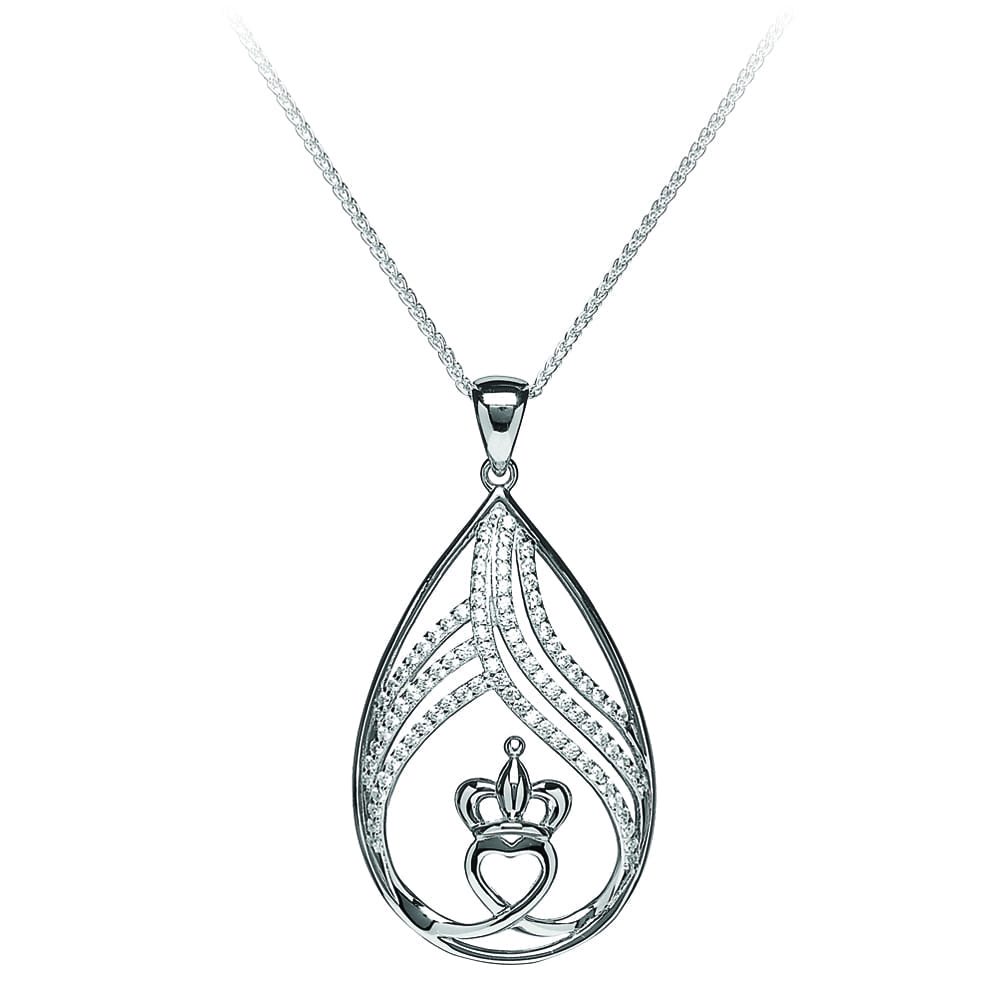 This sterling silver Teardrop Claddagh Pendant is decorated with clear Cubic Zirconia stones. This contemporary large pendant is the perfect choice to enhance an evening outfit.

This stunning Teardrop Claddagh Pendant represents love, loyalty, and also friendship. The simplicity of it and the symbolism it conveys make it the perfect gift for a friend or loved one. An array of matching Claddagh earrings for this pendant are also available to complete the look.The Claddagh is a well-known Irish symbol. It is a traditional Irish ring exchanged as a token of love and it symbolizes love, loyalty, and friendship.

Celtic designs have been a symbolic tradition for thousands of years and often signifies a true love bond, as is the case with the Claddagh: the heart and hands design.