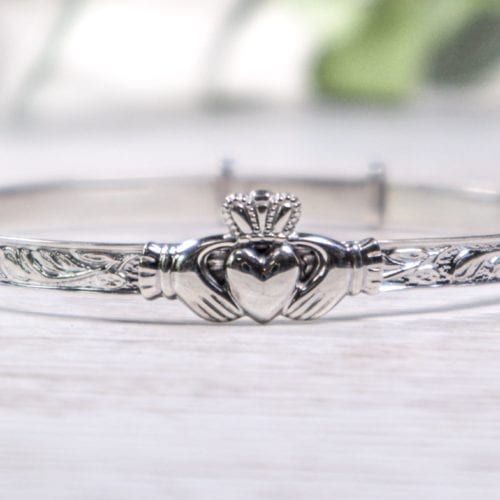 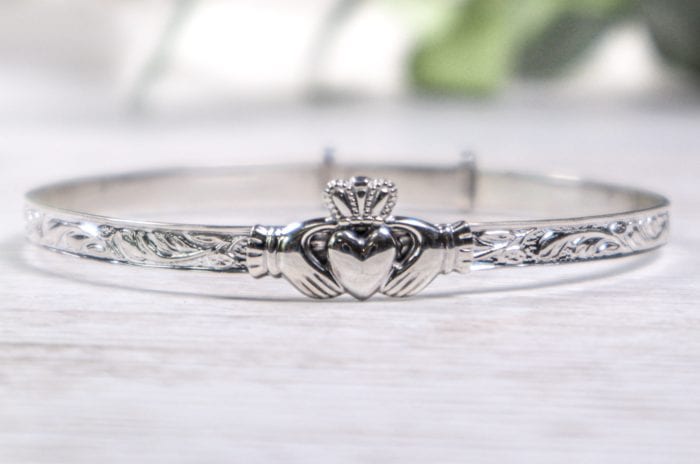 This Maids Style Claddagh Bangle is sterling silver and a traditional Claddagh design.

This Maids Style Claddagh Bangle is sterling silver and a traditional Claddagh design. The Claddagh heart symbolizes love, the hand’s friendship and the crown loyalty.

The bangle is assayed at Dublin Castle for your guarantee and comes beautifully packaged in a gift box. 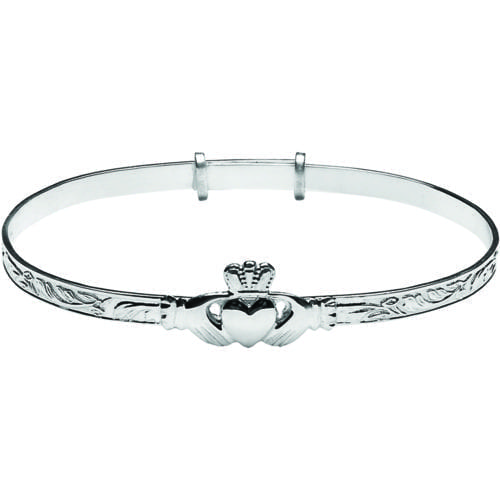 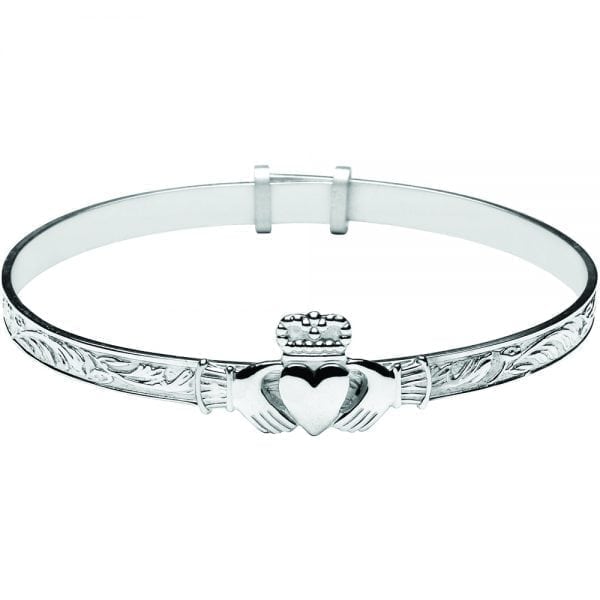