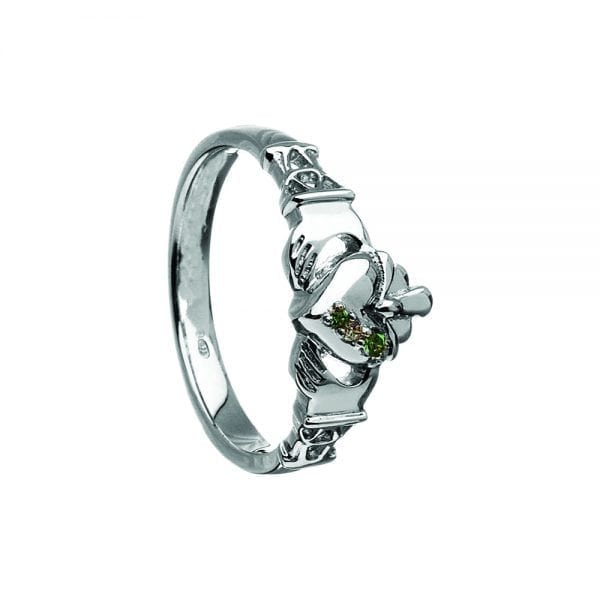 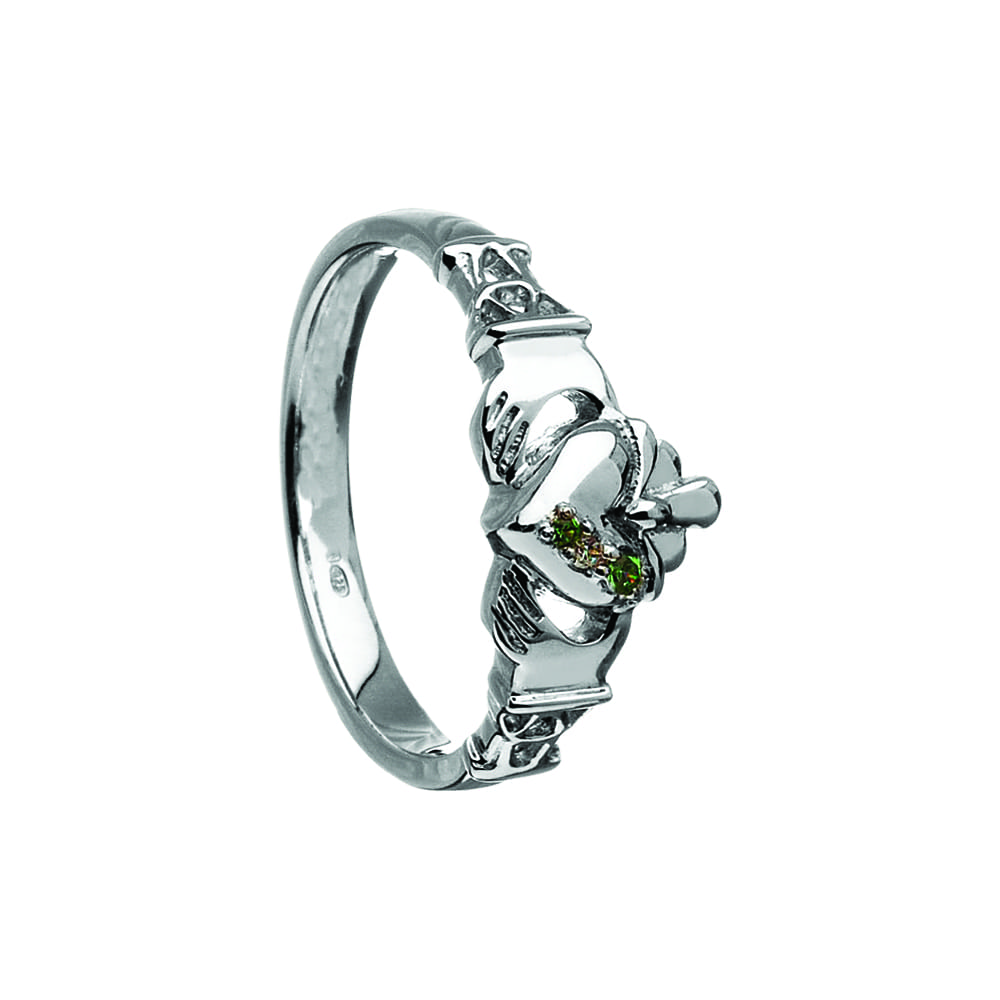 This sterling silver ring has a ‘puffed’ heart. This is adorned with three Cubic Zirconia stones – two green and one clear. The beloved Trinity knot decorates the shoulders of the ring. This symbolises eternity.