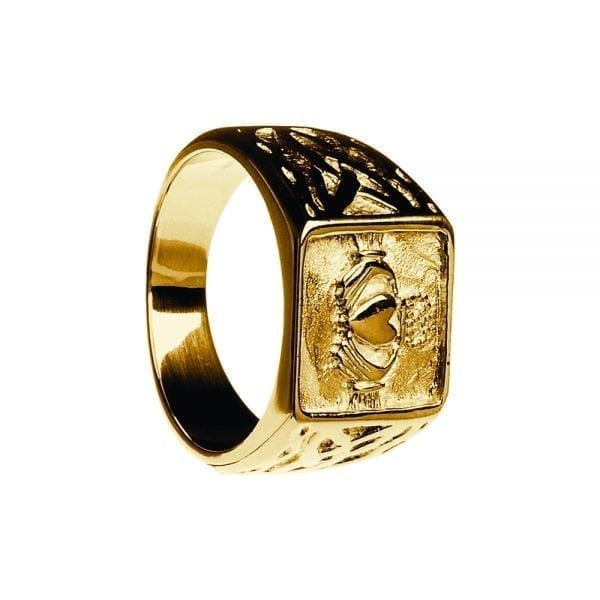 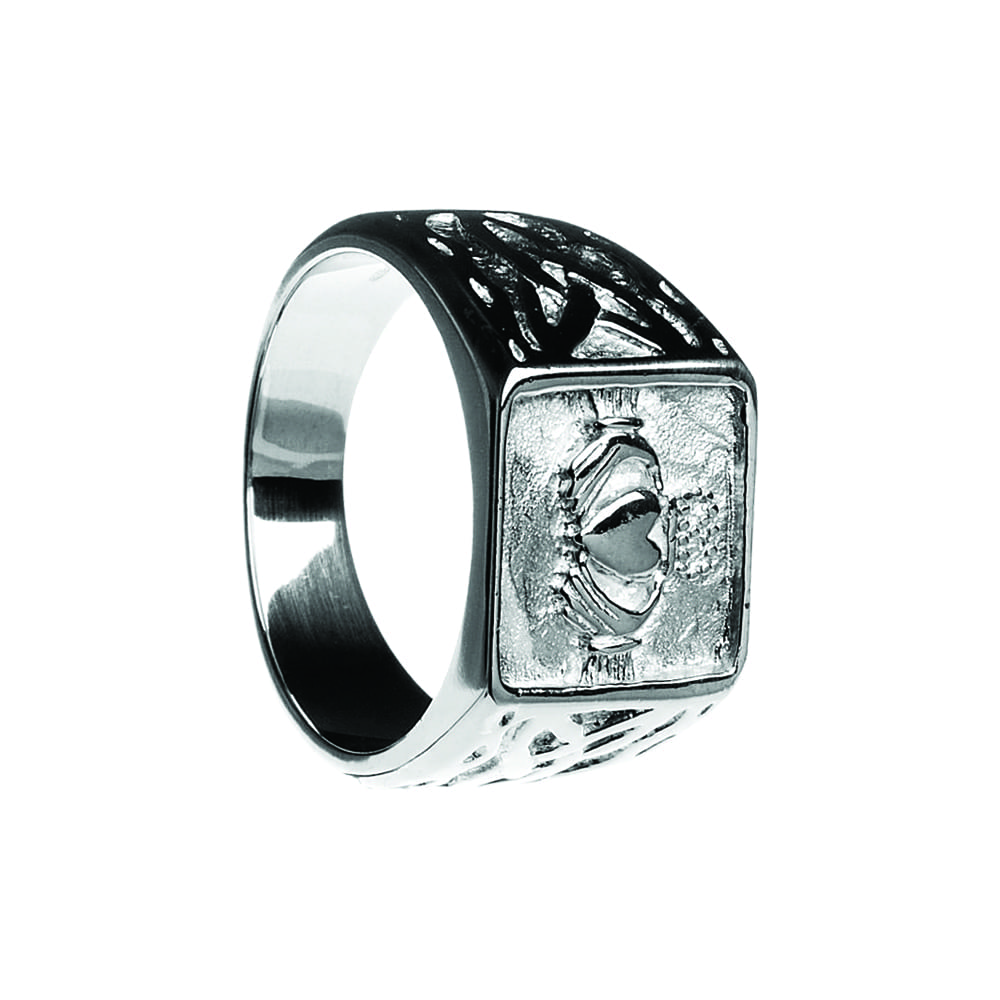 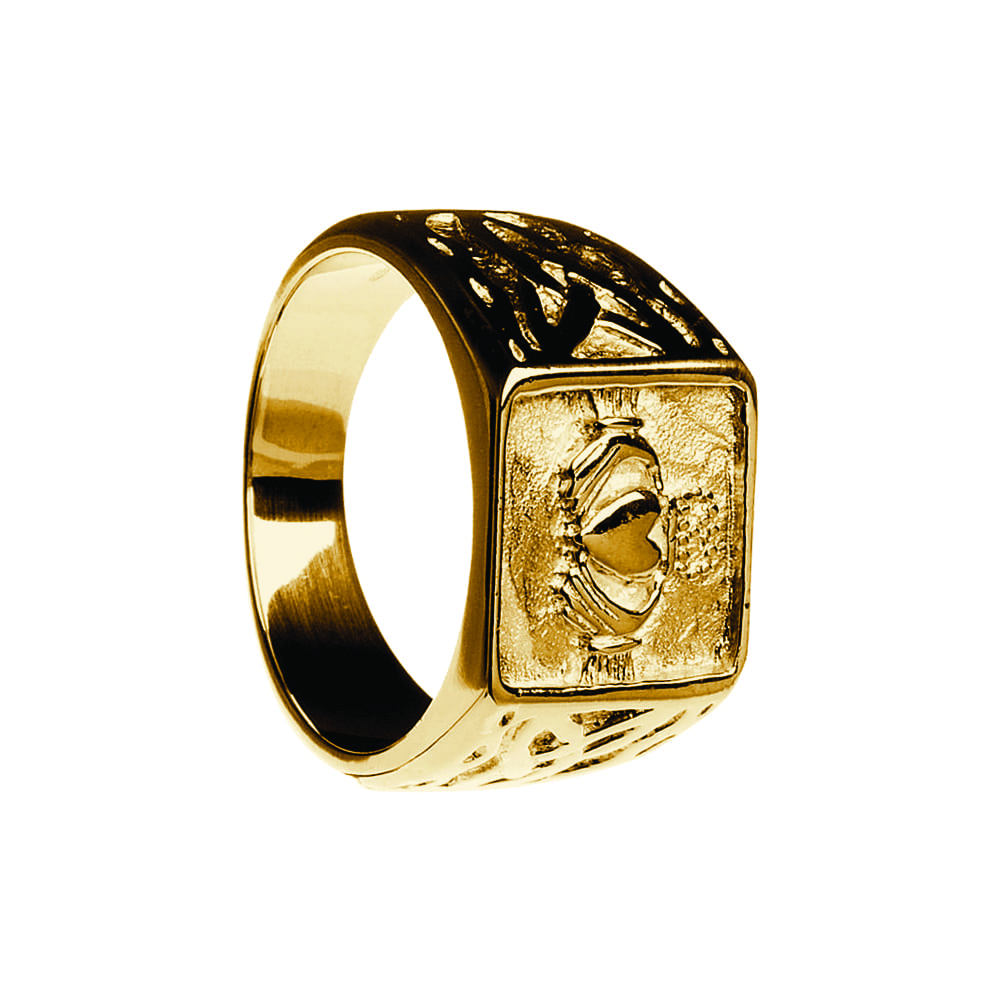 This Gents Signet Claddagh Ring is a unique interpretation of the Claddagh Ring. It’s the perfect ring for gents who love a college or signet ring. The Claddagh symbol sits in the square on the face of the ring and the shoulders are decorated with the Trinity knot symbols. It symbolizes love, loyalty, and friendship.