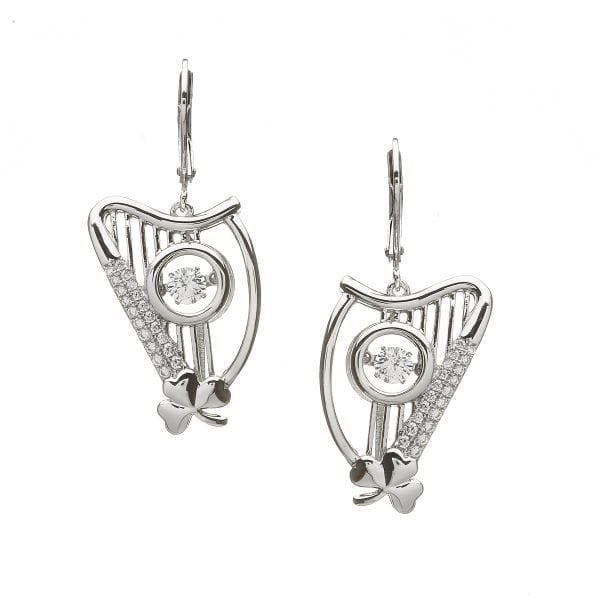 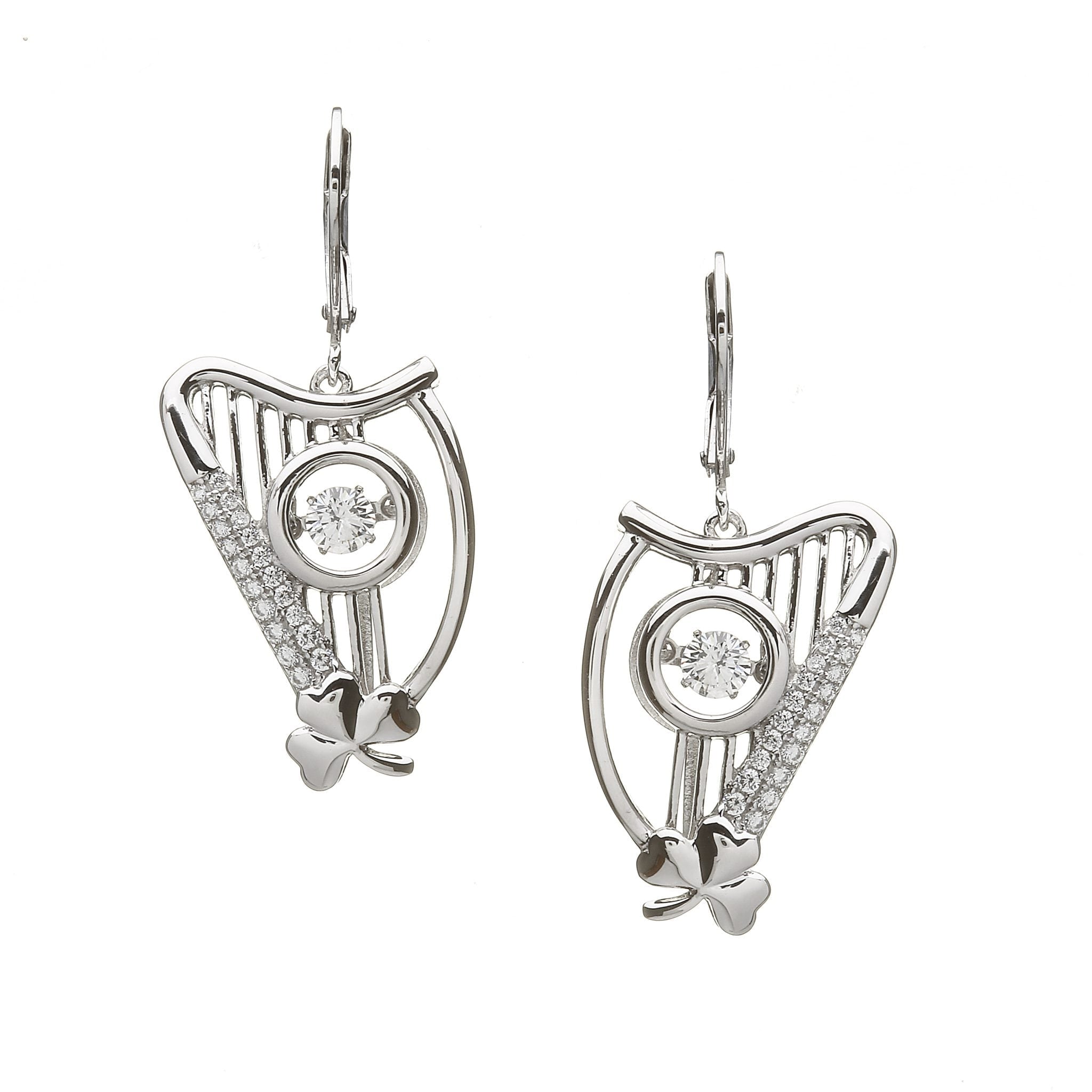 These Dancing Stone Harp Earrings are part of Boru’s Damhsa – Dancing Stone Collection. The centre clear Cubic Zirconia stone literally ‘Dances’ with movement, making it sparkle and shimmer. Each Celtic Earring has a small Shamrock is at the bottom. They also have CZ stones encrusted along the side of each harp.

The name ‘shamrock’ comes from the Irish name “seamrog”, meaning little clover. The Shamrock has been a symbol of Ireland since the 18th century.

The shamrock’s most direct link to the Irish people comes from the legend of Saint Patrick bringing Christianity to Ireland. According to legend, Saint Patrick explained the Christian Holy Trinity to the Irish using the three leaves of the shamrock as a metaphor. However, now every year on St Patrick’s Day the Shamrock is worn across the world as a mark of Irish heritage.

The Irish Harp is an important symbol in Irish culture. It’s believed that Ireland’s High King Brian Boru was a keen player of the Irish Harp, and held it in high esteem in the royal court. During the Celtic reign, it was commonplace for Irish, English and Scottish Kings to have a harpist in their presence. This trend continued until Henry VIII decided that the Irish Harp should become a national symbol for the country. And the rest is history! 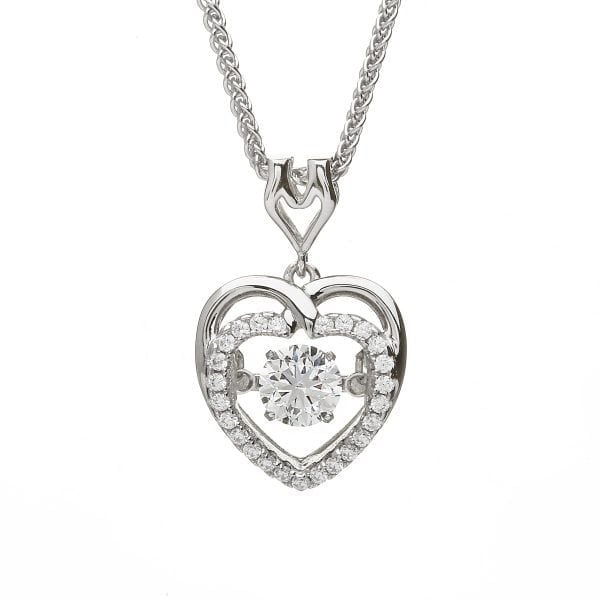 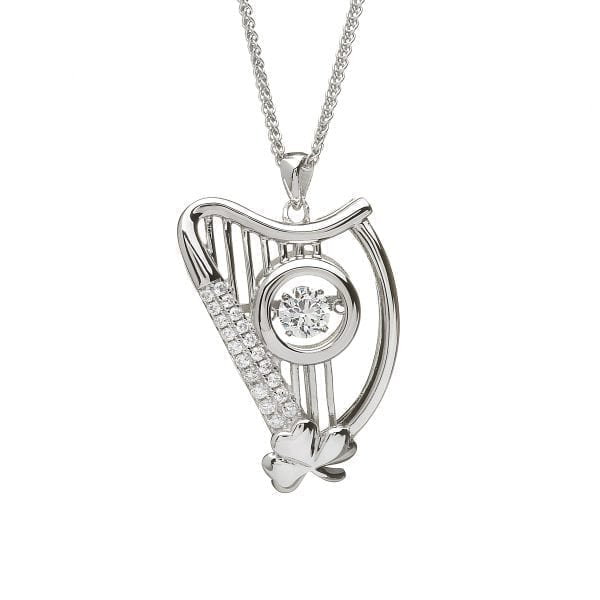 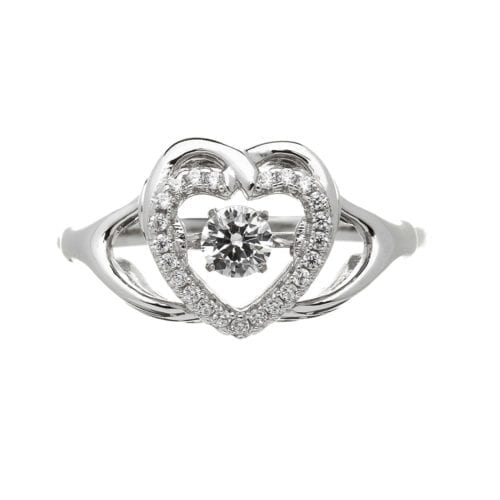