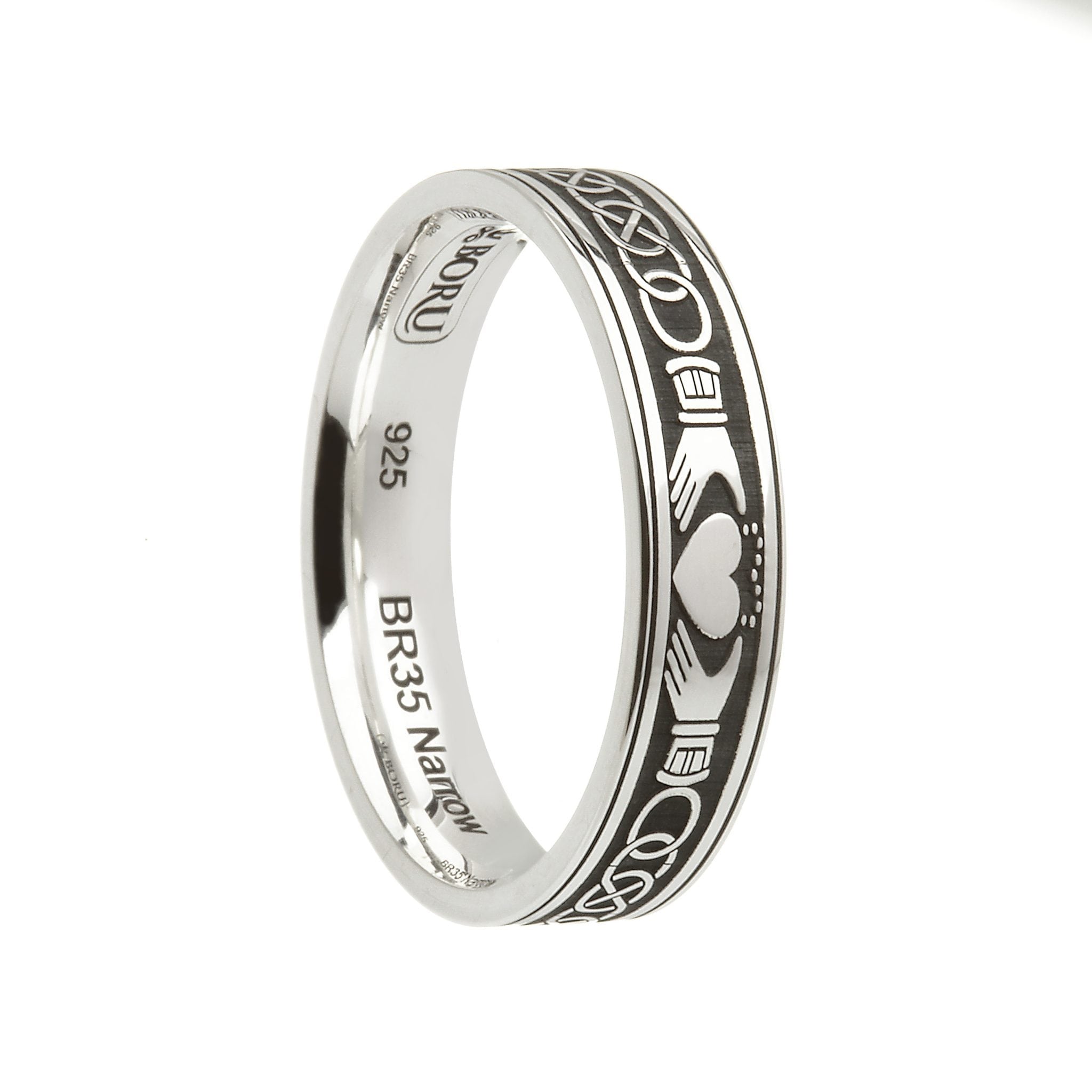 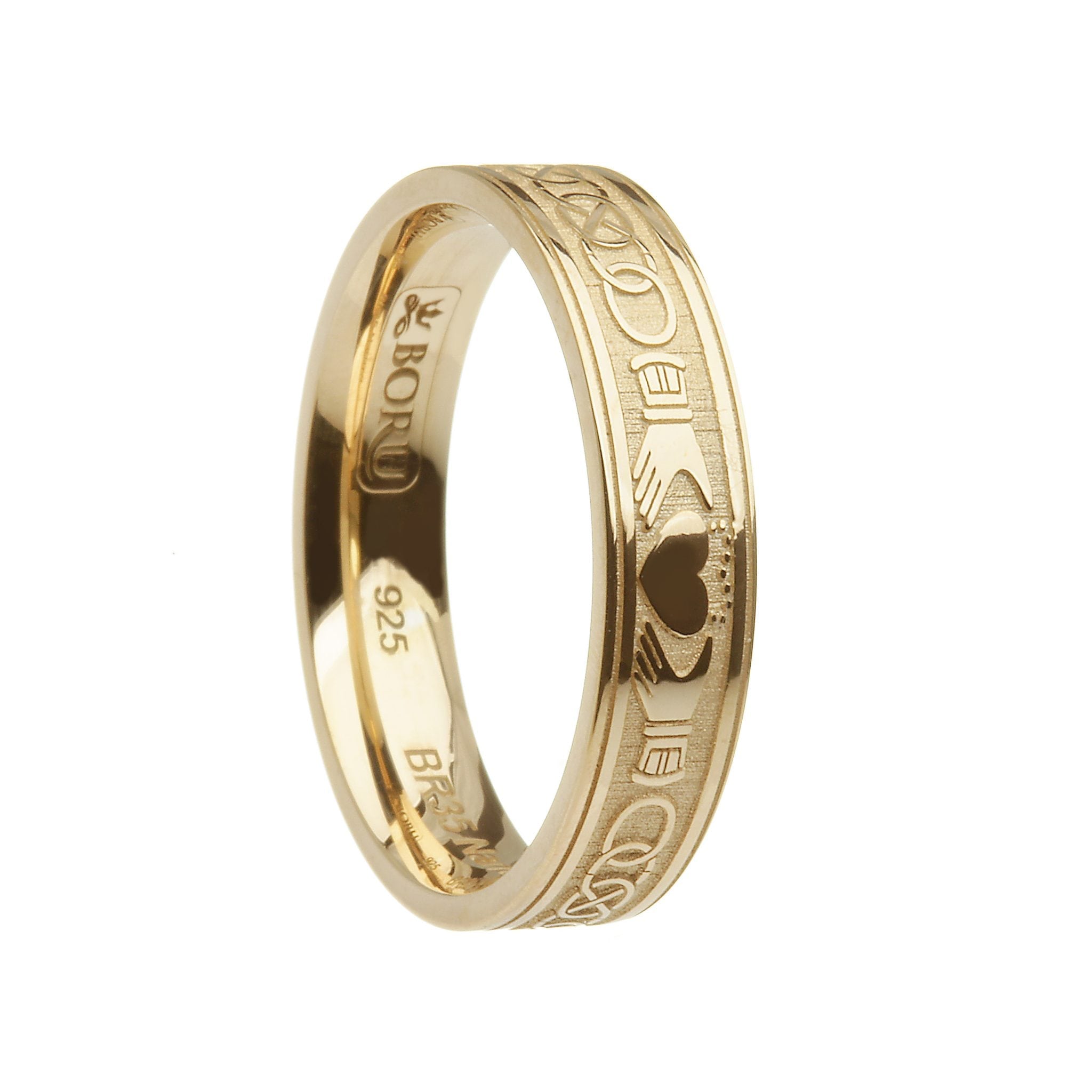 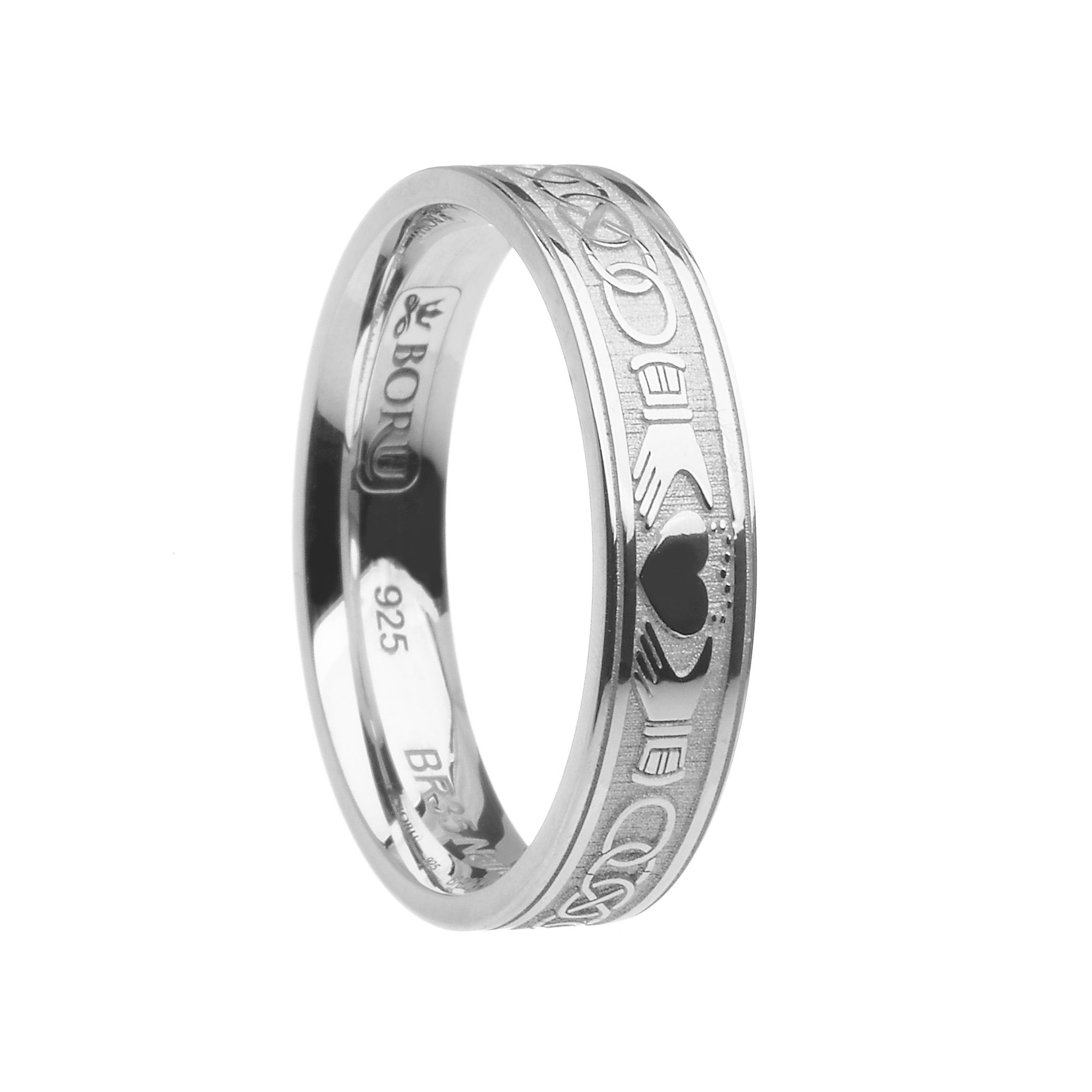 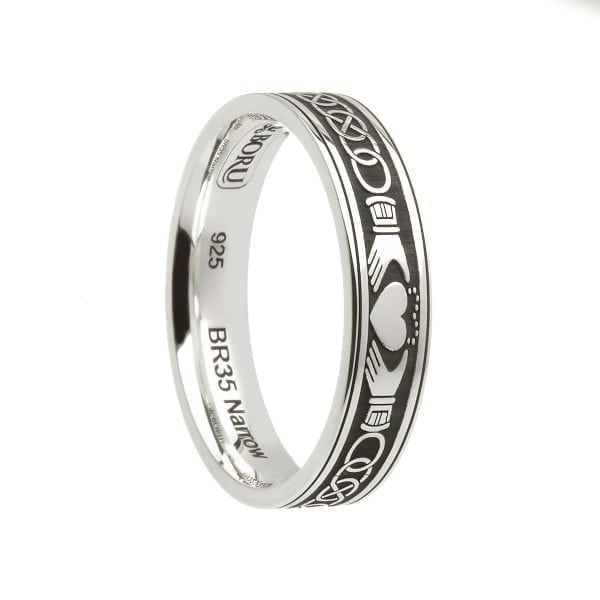 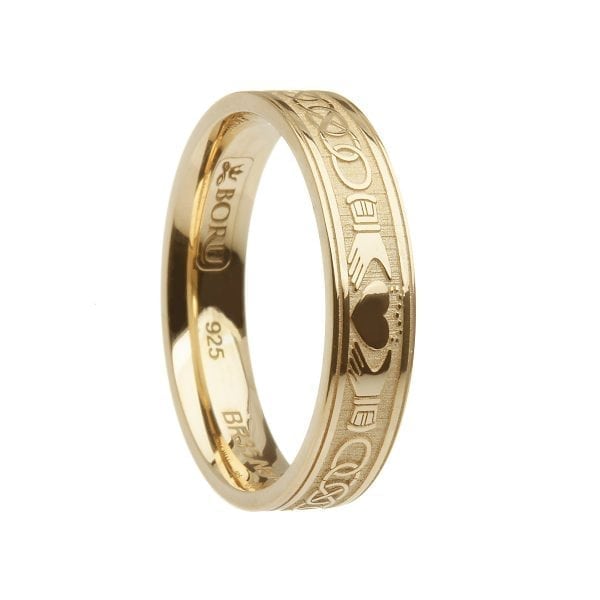 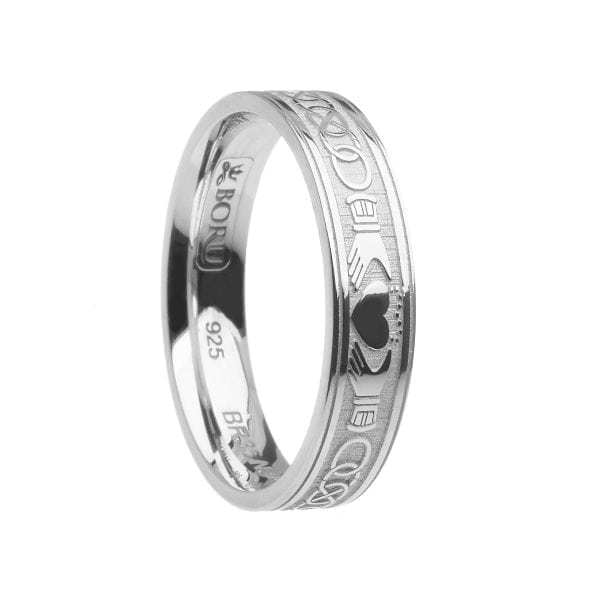 From Boru’s latest state-of-the-art wedding ring range comes a very contemporary combination of the Claddagh and the Celtic Knot.

This pattern is deeply etched and oxidized around the band and the ring is a unisex ‘comfort fit’ band meaning the inside of the band is domed for a more comfortable wear. 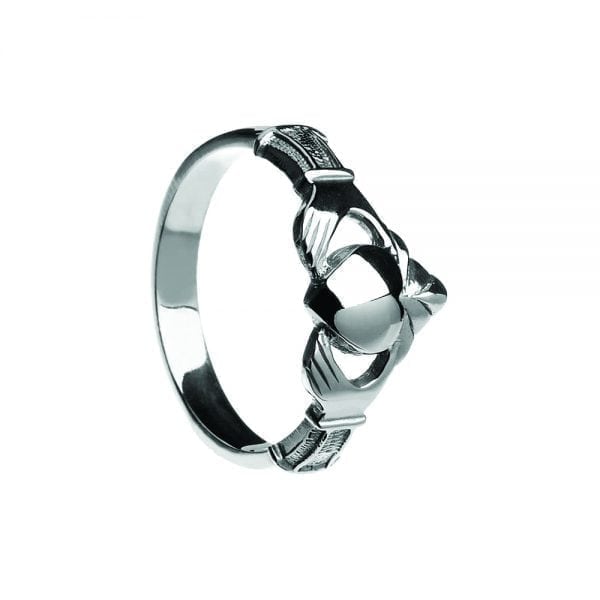