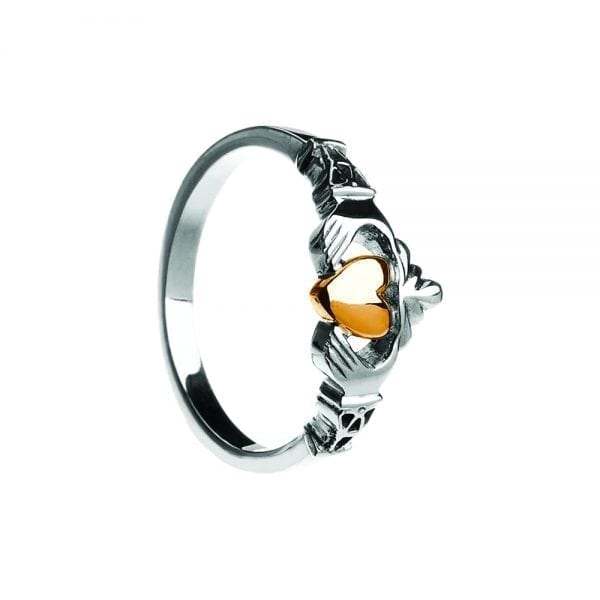 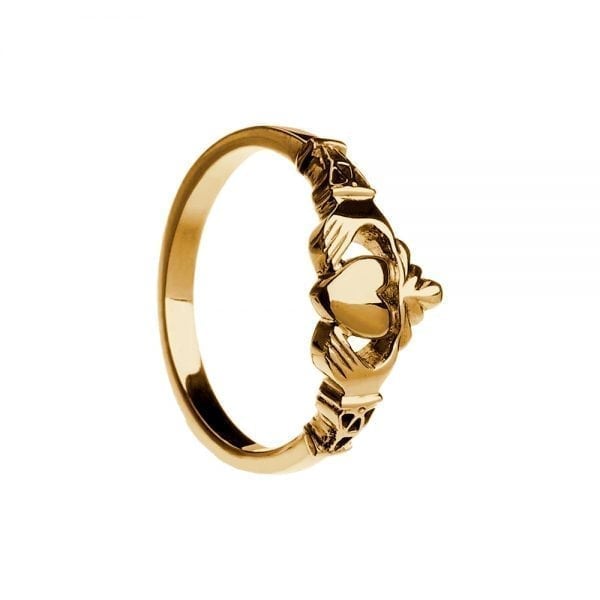 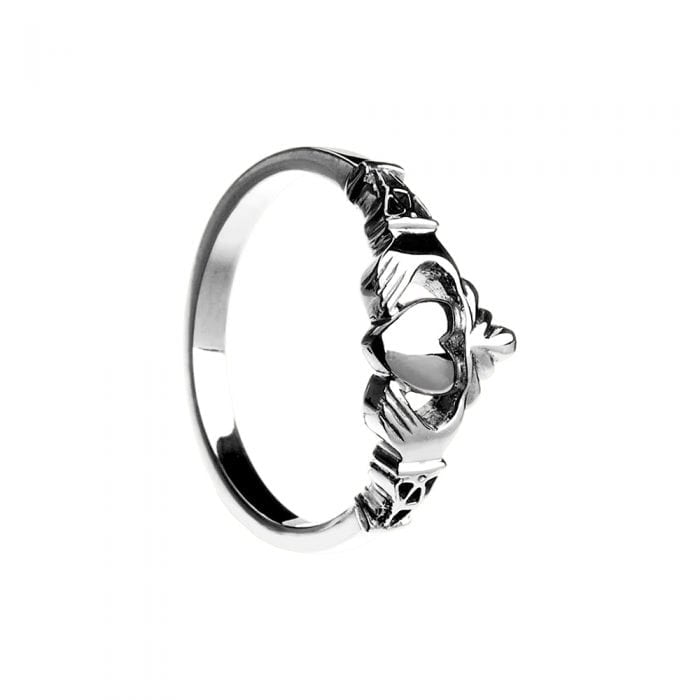 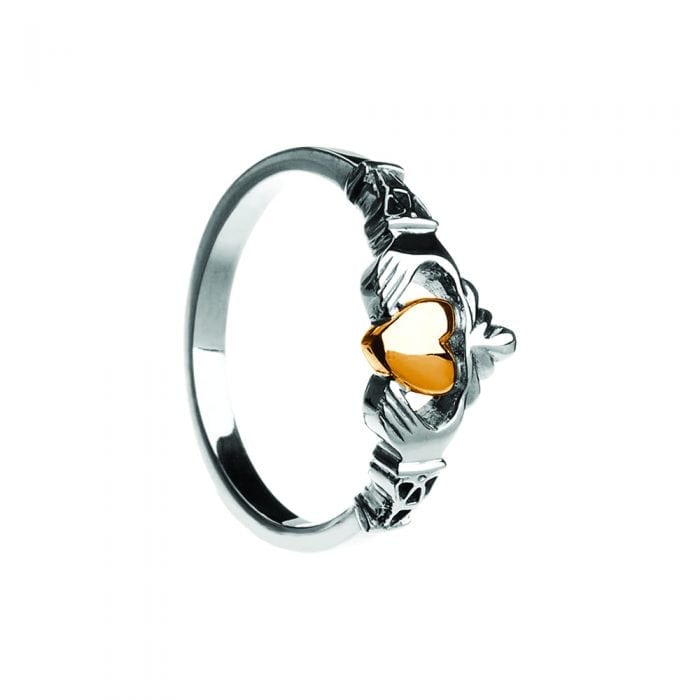 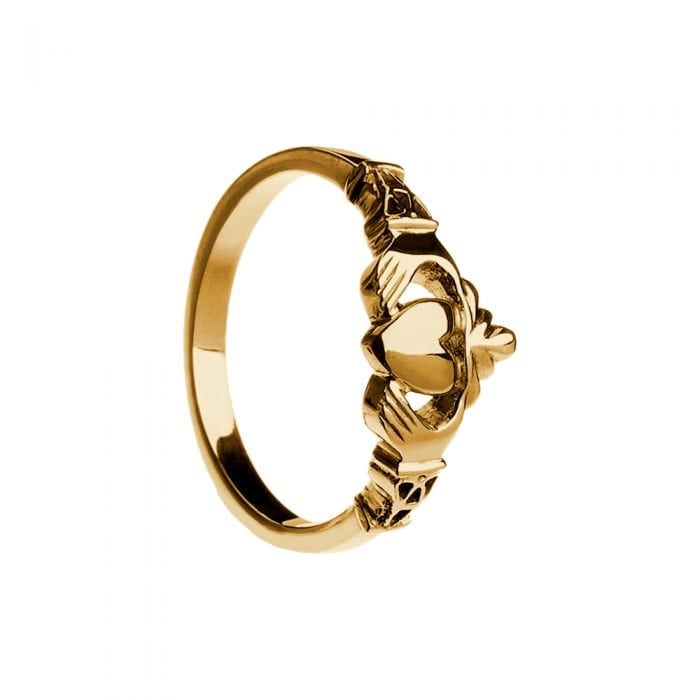 This Claddagh Ring is made by our Irish goldsmiths in our Dublin office and it is assayed at Dublin Castle.

This NY Trinity & Claddagh Ring is available a number of precious metal choices.