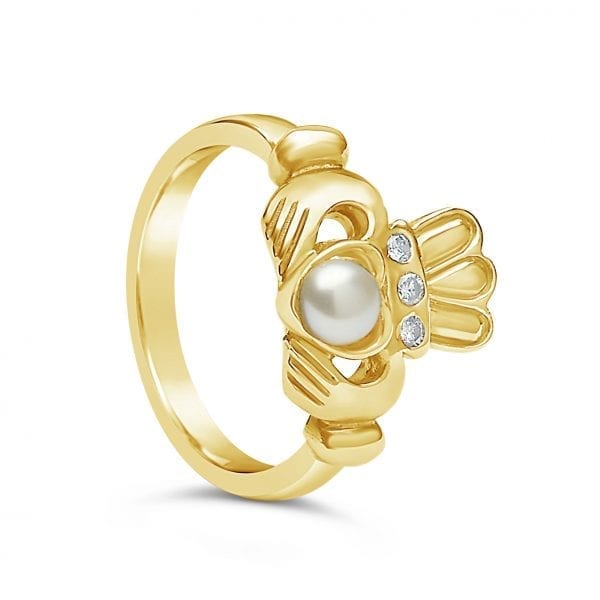 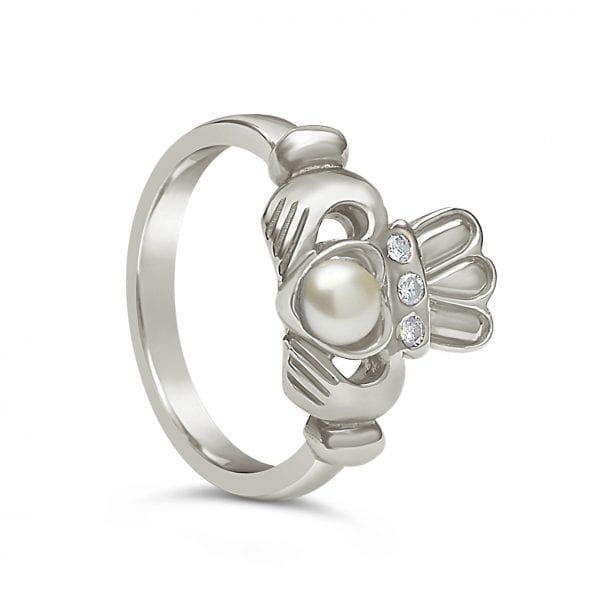 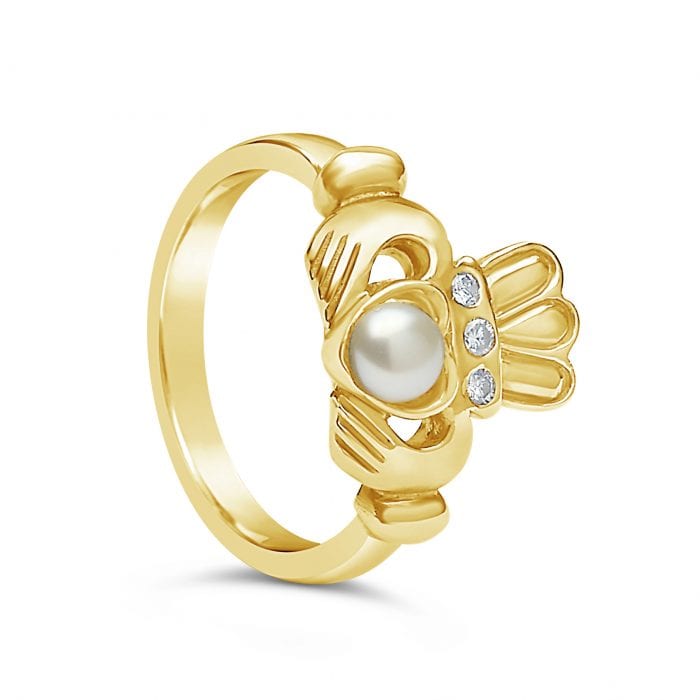 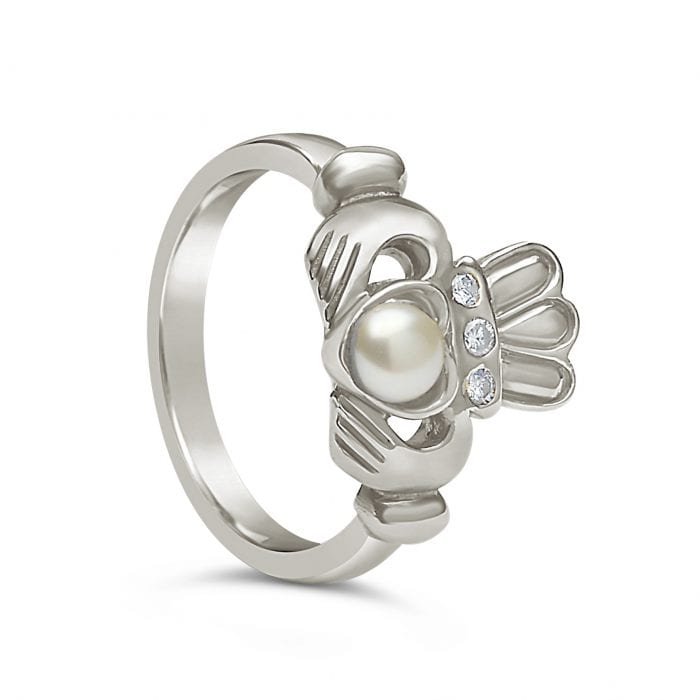 This antique style Diamond and Pearl Claddagh Ring boats a beautiful pearl to the centre of its heart and three diamonds adorning the crown.

This antique style Diamond and Pearl Claddagh Ring boats a beautiful pearl to the centre of its heart and three diamonds adorning the crown.

The stunning Pearl is a symbol of purity and innocence. Pearls were once considered to be drops of rain which fell from heaven when an angel passed though the clouds. Diamonds truly are a girls best friend. This is because “a diamond is forever”, symbolizing a deep, everlasting love. The Claddagh symbolizes love, loyalty, and friendship. These all combine to make the perfect Claddagh Ring for a loved one.

This Irish made Diamond and Pearl Claddagh Ring is such a special ring and is the perfect gift for a special anniversary or birthday, or even an engagement!