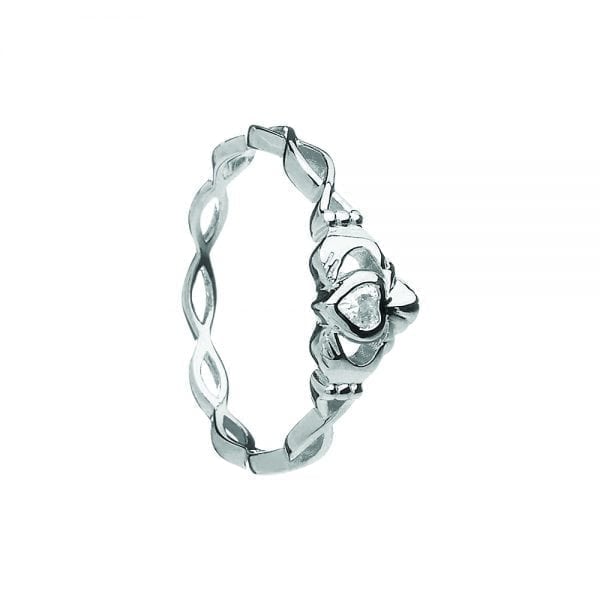 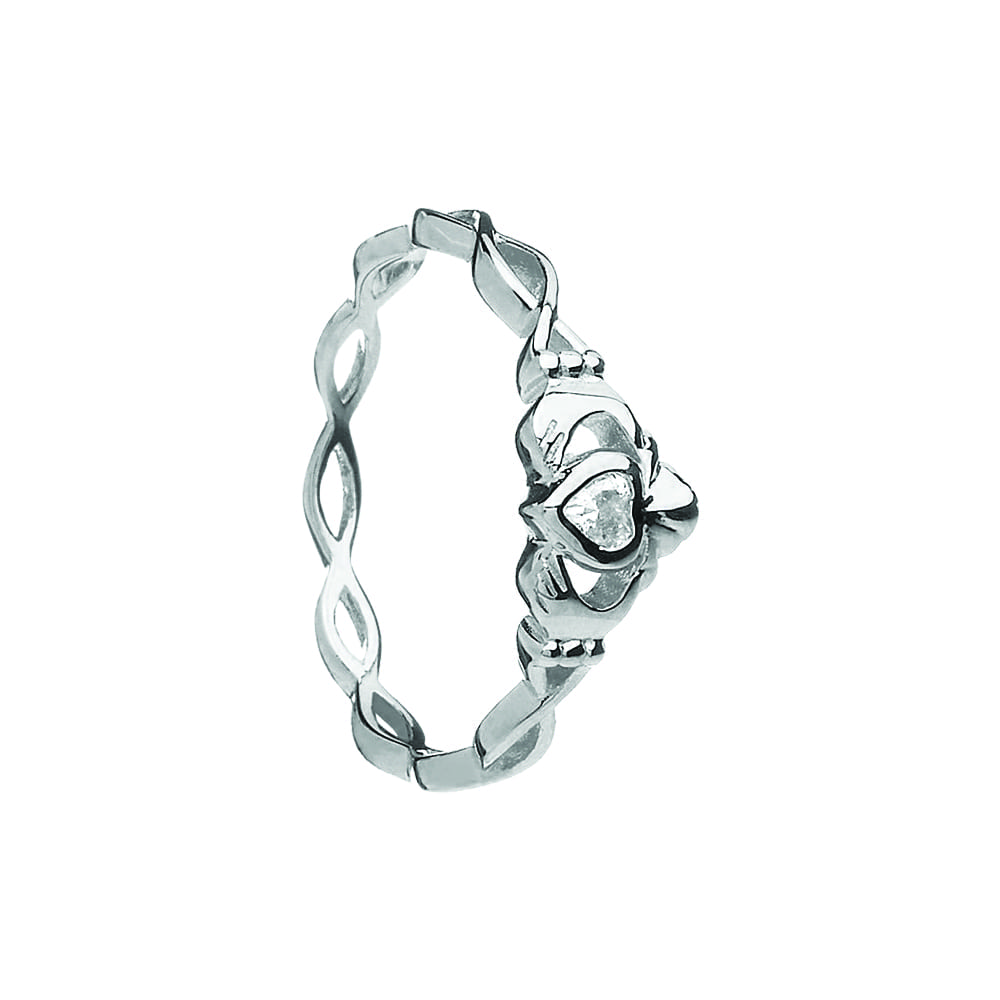 This Claddagh Ring with Continuity Band has the traditional Claddagh symbols but the band has been created by using the Celtic Continuity knot - a symbol of unending love and togetherness.

This Claddagh Ring with Continuity Band has the traditional Claddagh symbols but the band has been created by using the Celtic Continuity knot – a symbol of unending love and togetherness. The heart of the Claddagh has been set with a clear Cubic Zirconia stone.

This Irish made Claddagh Ring with Continuity Band is such a special ring and is the perfect gift for a special anniversary or birthday. This Claddagh Ring is available in Sterling Silver.