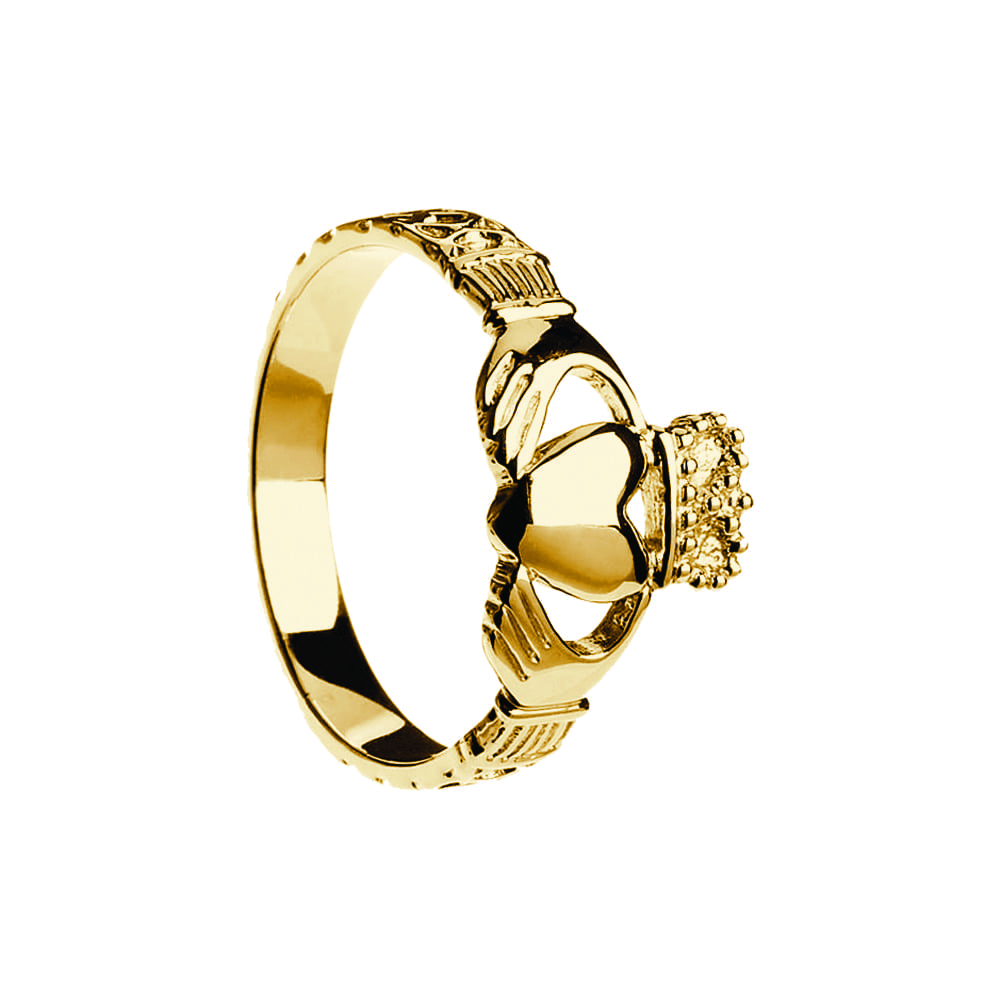 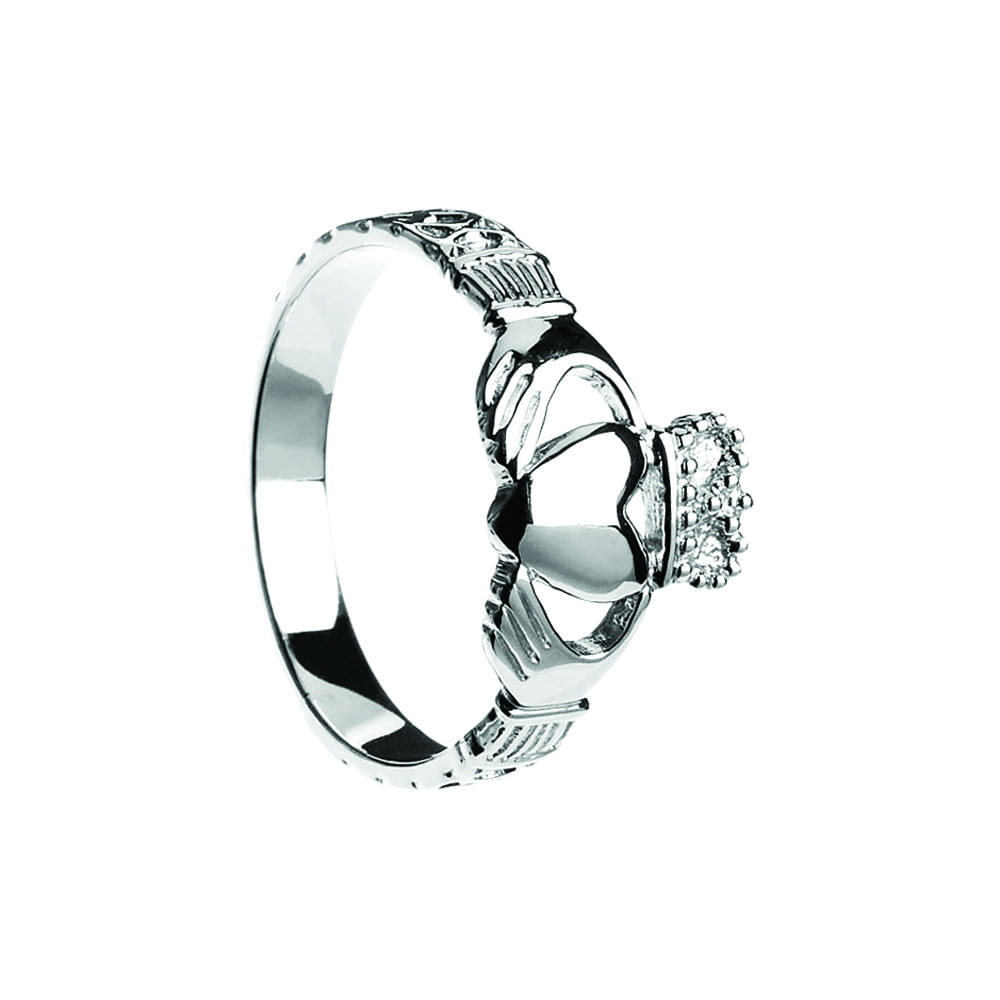 This Gents Celtic Claddagh Ring combines the traditional Claddagh symbols of Love, Loyalty and Friendship with a decorated Celtic knot shank. The Claddagh symbol consists of three different elements intertwined. Therefore forming one of the most heart-warming and beautiful symbols in Irish culture.

This Celtic Claddagh Ring for gents is available in 10K or 14K white or yellow gold.

View all our Claddagh Collection here.