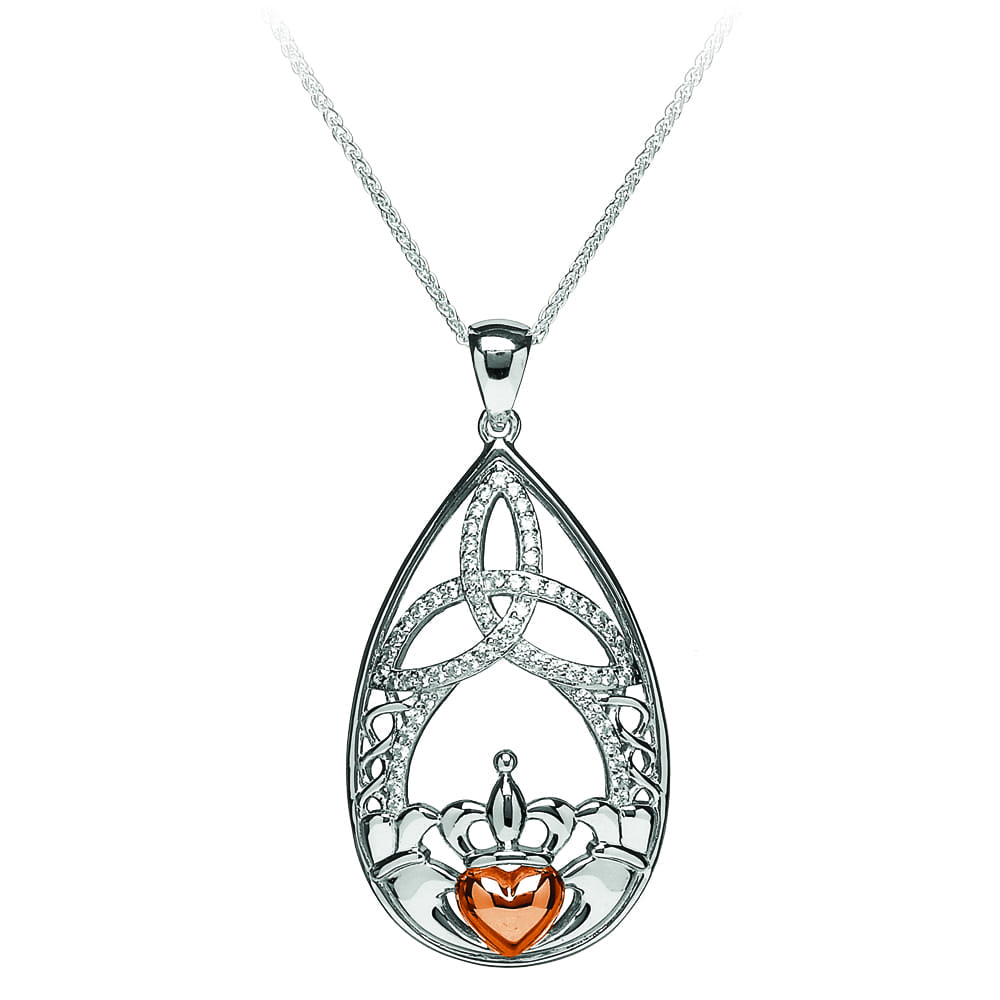 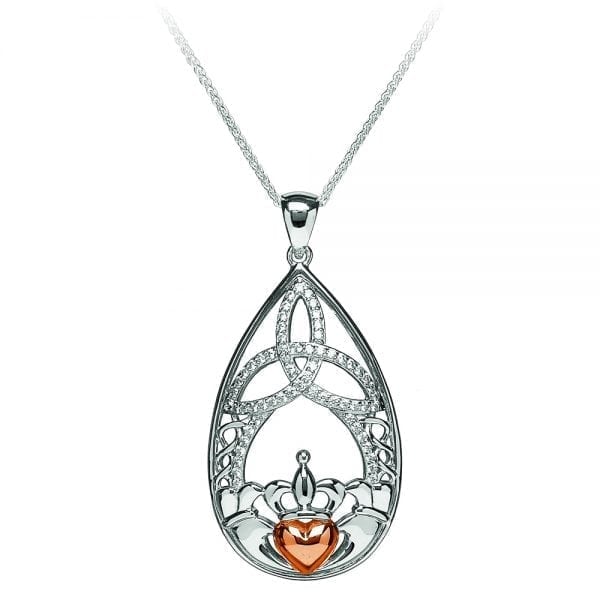 This is a large contemporary pendant with a curved teardrop shape. One half of the pendant has a stones set suspended Trinity knot, the second half, the traditional Claddagh symbol with rose gold heart.