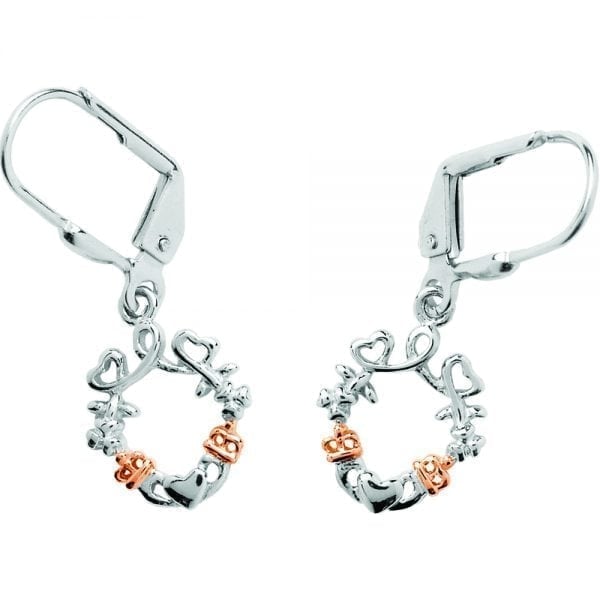 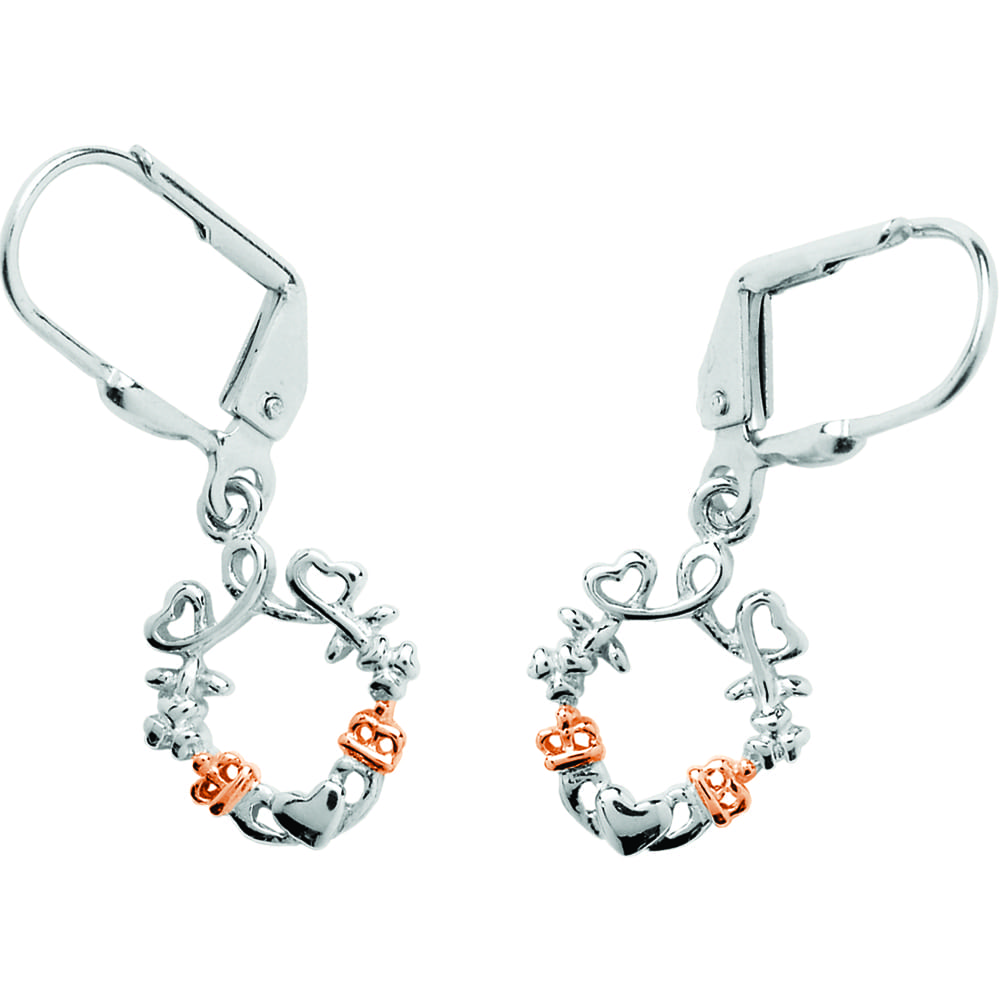 These Heart Shamrock Claddagh Earrings are made up of two clasped hands holding a crowned Claddagh heart.

These Heart Shamrock Claddagh Earrings are made up of two clasped hands holding a crowned Claddagh heart.

These delightful earrings are in sterling silver with touches of plated rose gold. Circular in shape, they are based on the Celtic vine and include the shamrock and all the elements of the Claddagh symbol. This is the heart for love, the hands for friendship and the crown for loyalty.

These Heart Shamrock Claddagh Earrings are the perfect gift for a good friend or loved one.