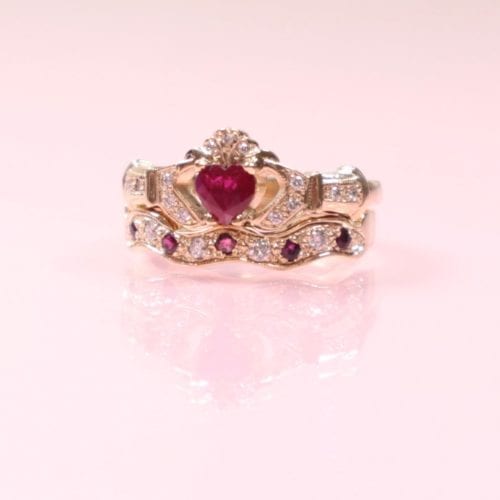 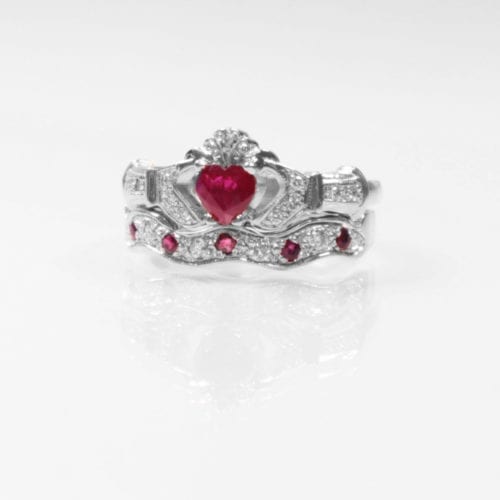 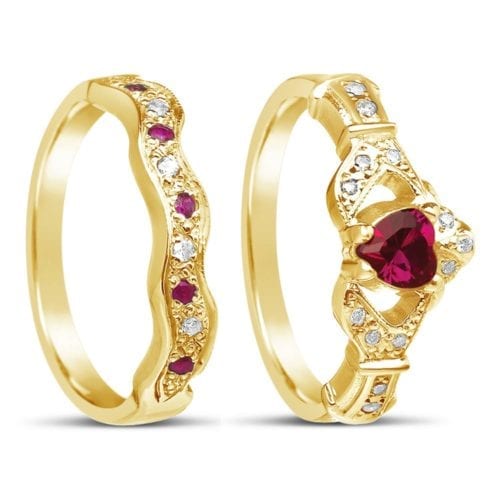 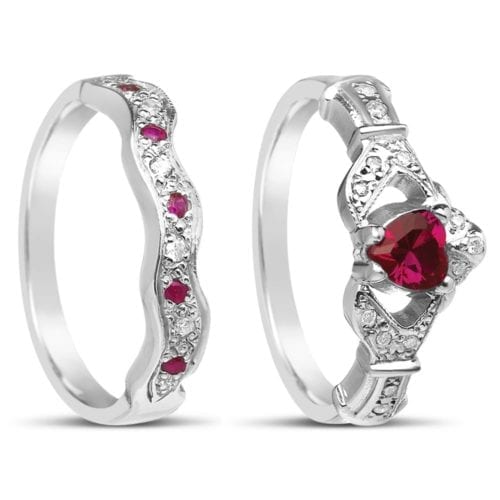 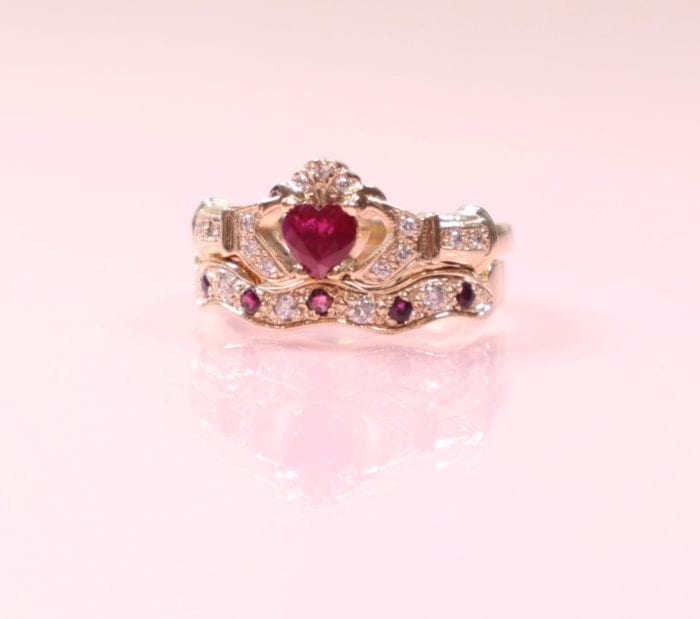 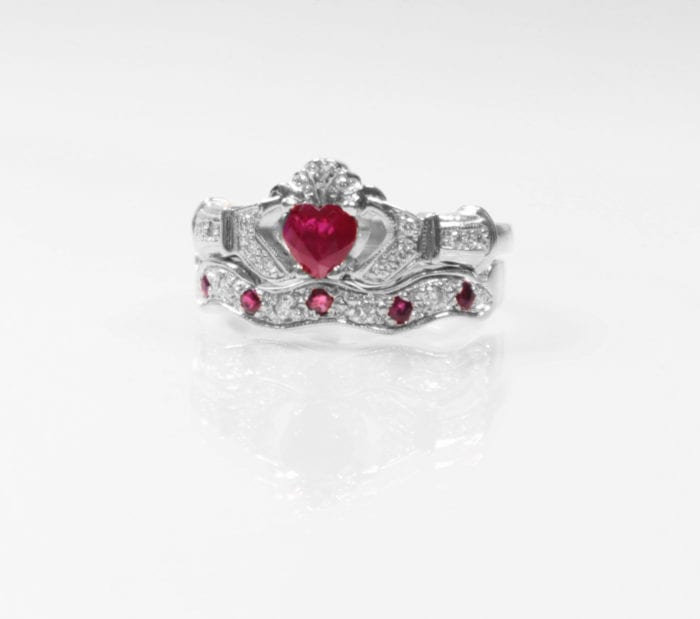 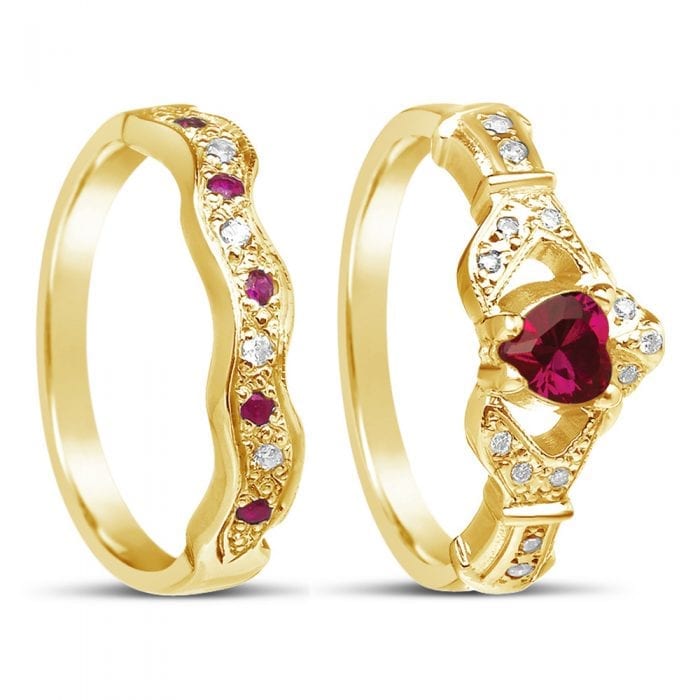 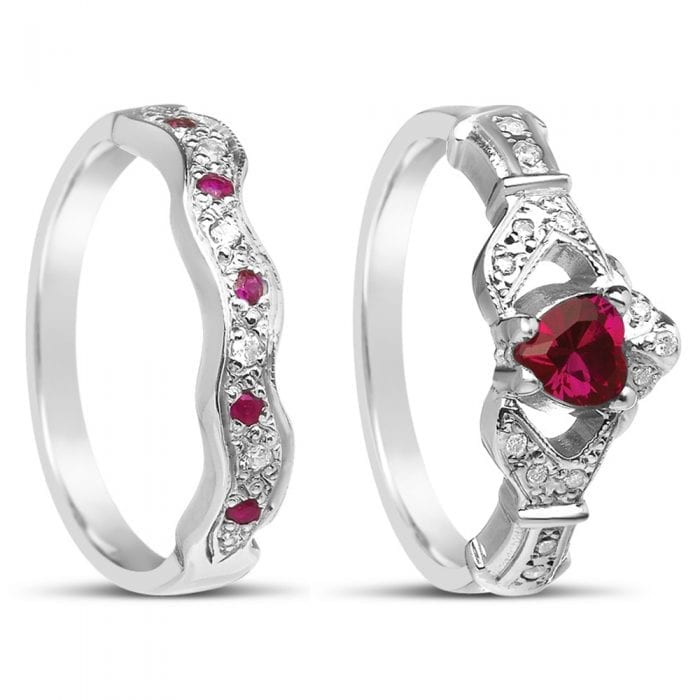 This Ruby & Diamond Claddagh Ring bridal set is simply stunning. The Bridal set comprises of a Claddagh engagement ring and matching wedding ring designed to have an elegant look. They are both stunning pieces of jewelry on their own. However they captivate a certain magic when worn together.

This stunning Diamond and Ruby Claddagh Ring with Wedding Band set is Irish made and handcrafted to order in our Dublin workshop by our skilled craftsmen. The Claddagh is a well-known Irish symbol. It is a traditional Irish ring exchanged as a token of love and it symbolizes love, loyalty, and friendship.

We also have plenty of Claddagh Earrings that would be the perfect finish to this look.

Width: Bands 5.8 mm at top approx. (Both rings together)

All of our jewelry is assayed at Dublin Castle, which is your guarantee of quality. Our precious stones are ethically sourced and conflict free. 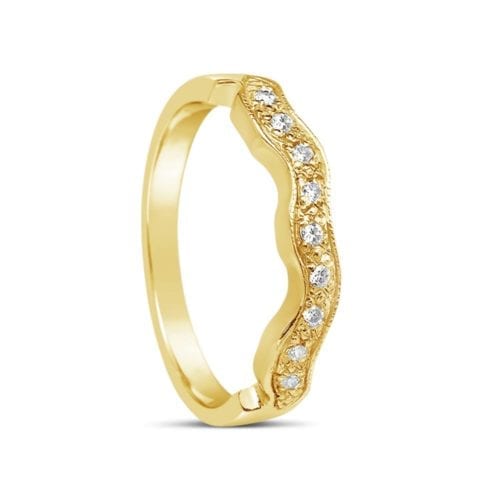 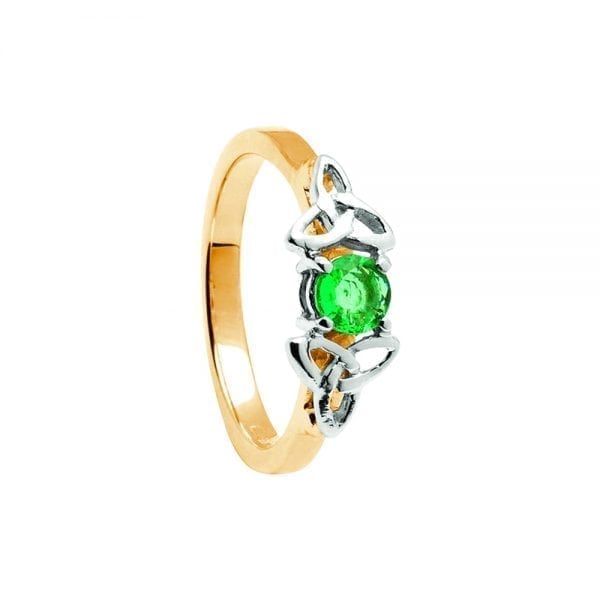 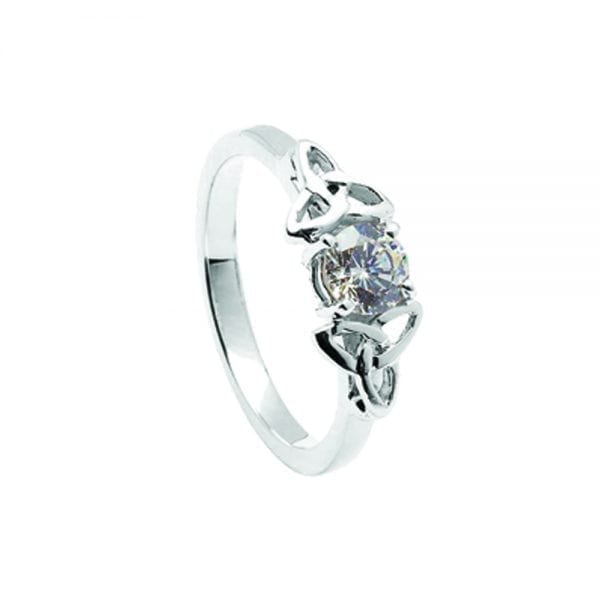 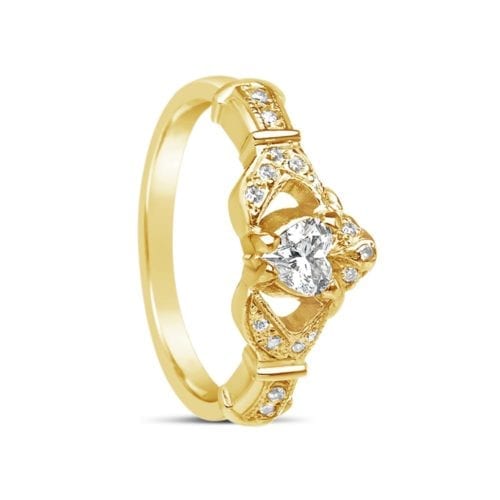