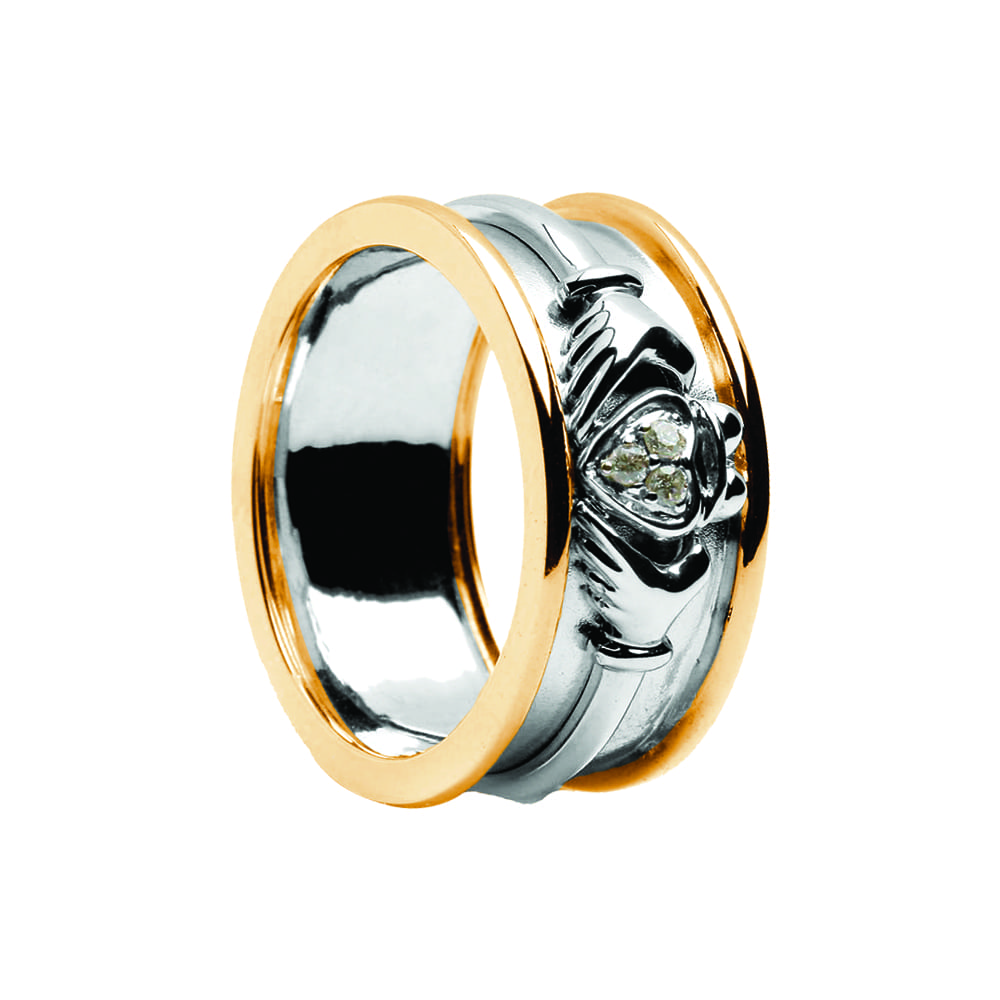 This Mens Claddagh Wedding Band is in 14K yellow and white gold and is a very different version of the Claddagh ring.

This Mens Claddagh Wedding Band is in 14K yellow and white gold and is a very different version of the Claddagh ring. The central white gold band is edged with yellow gold trims, the hands stretching around the band to hold the Diamond encrusted heart.

This Irish hand made Mens Claddagh Wedding Band is the perfect mens Celtic wedding band to show your Irish Heritage.