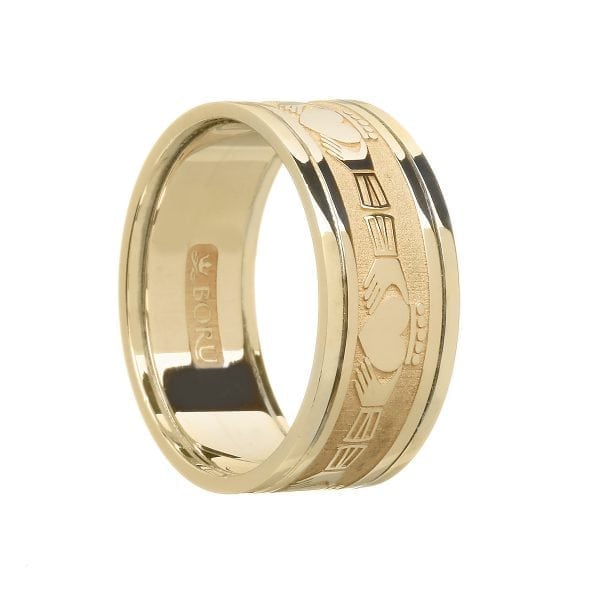 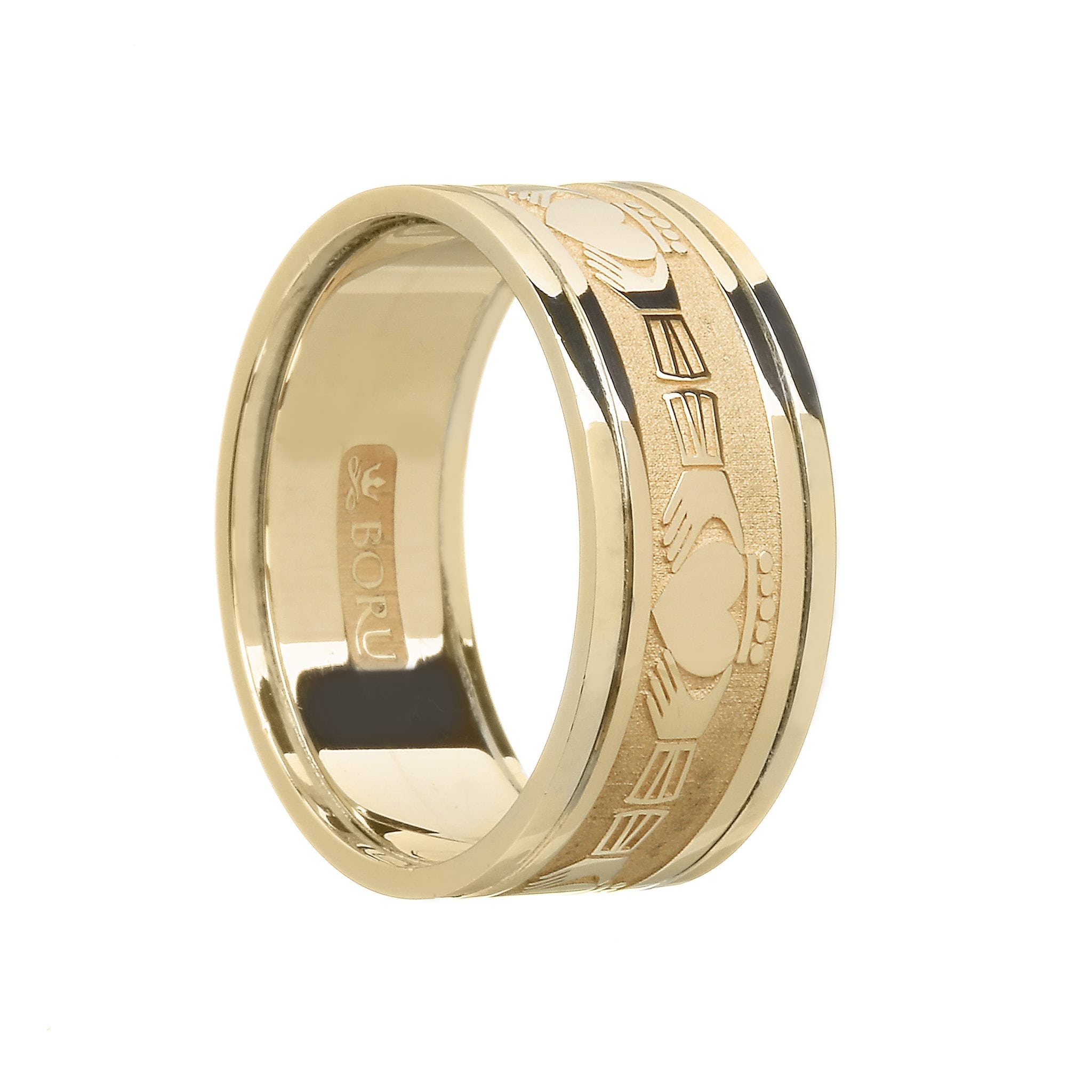 This Claddagh band has four Claddagh symbols running around the central band and is available in various precious metals. 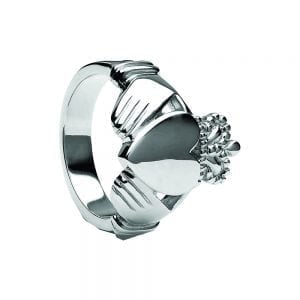 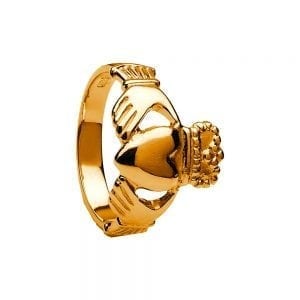 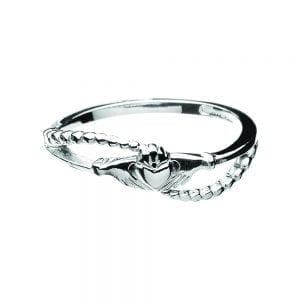 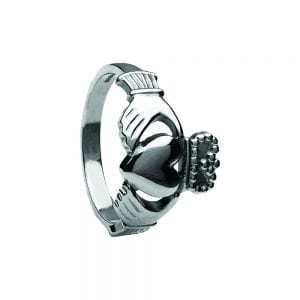