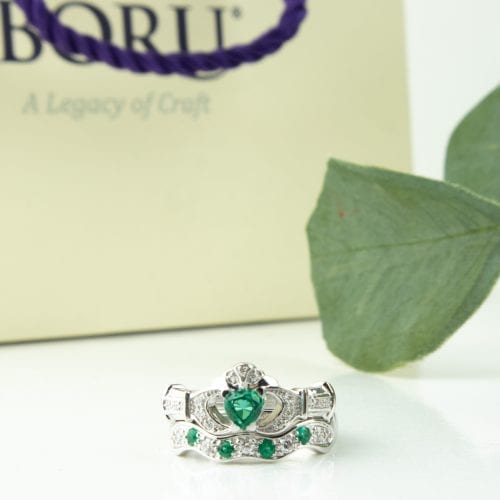 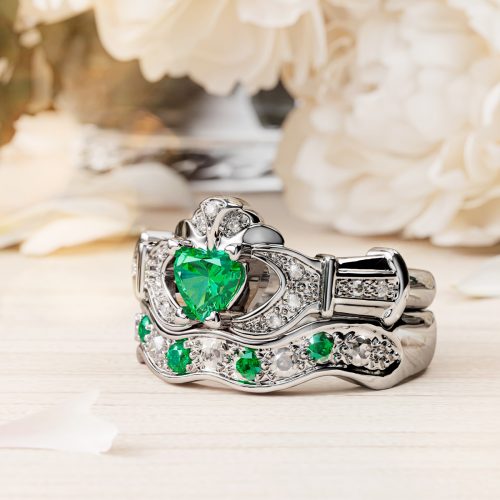 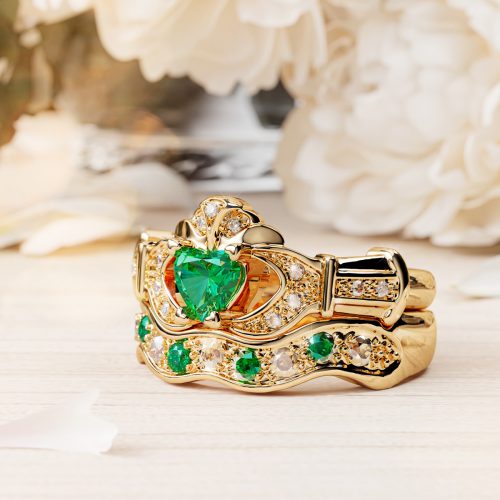 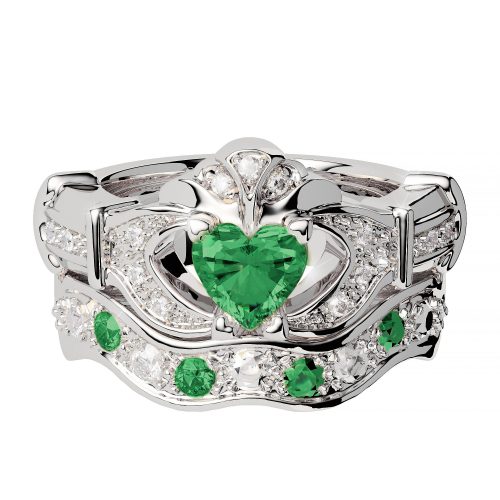 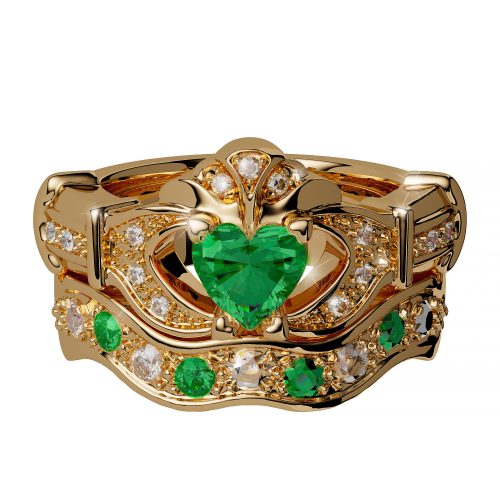 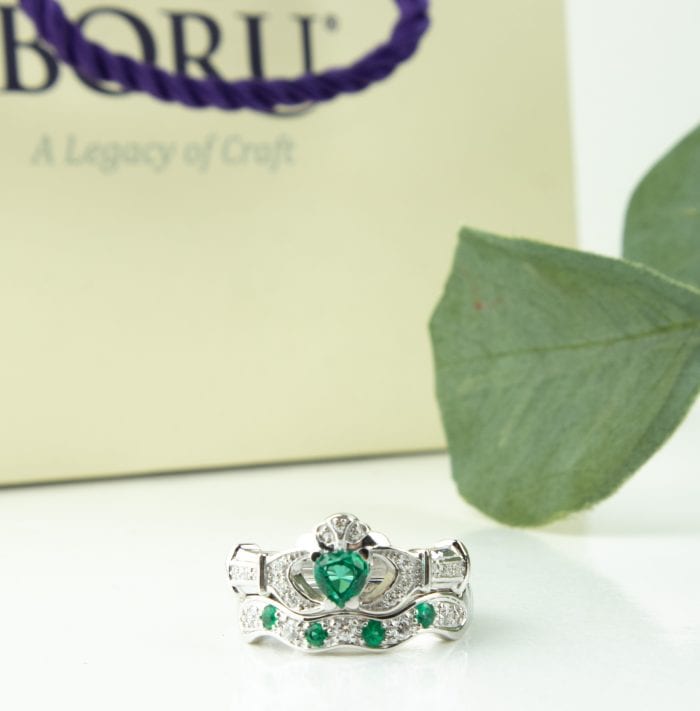 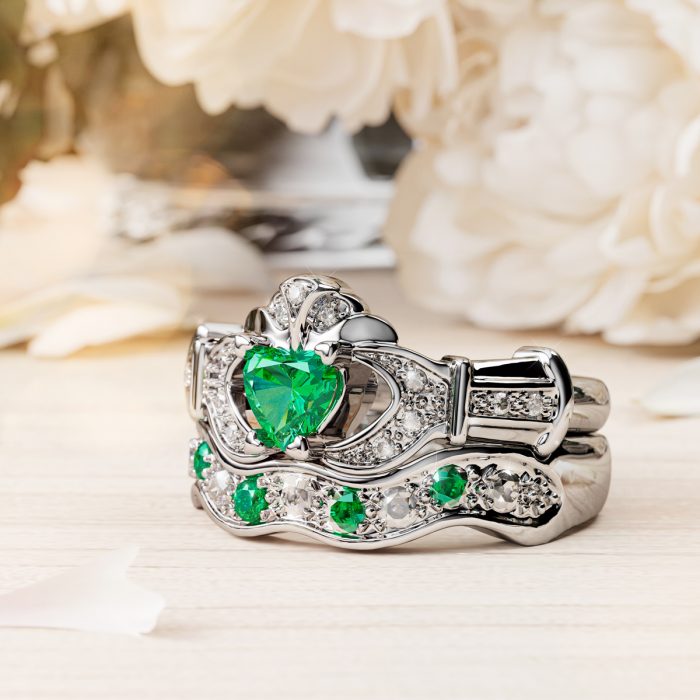 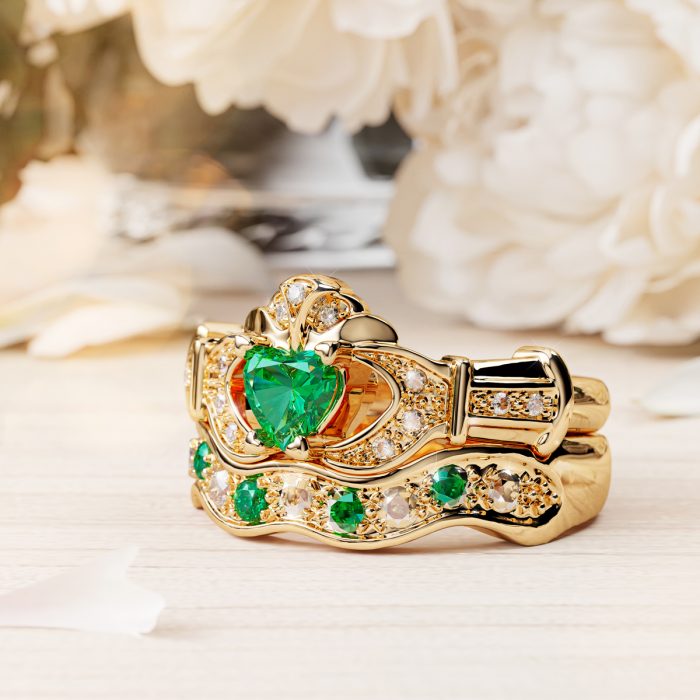 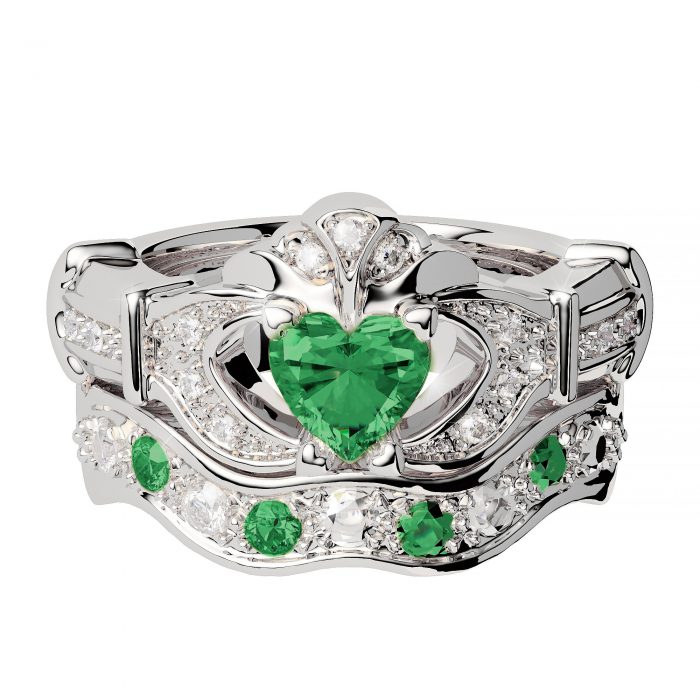 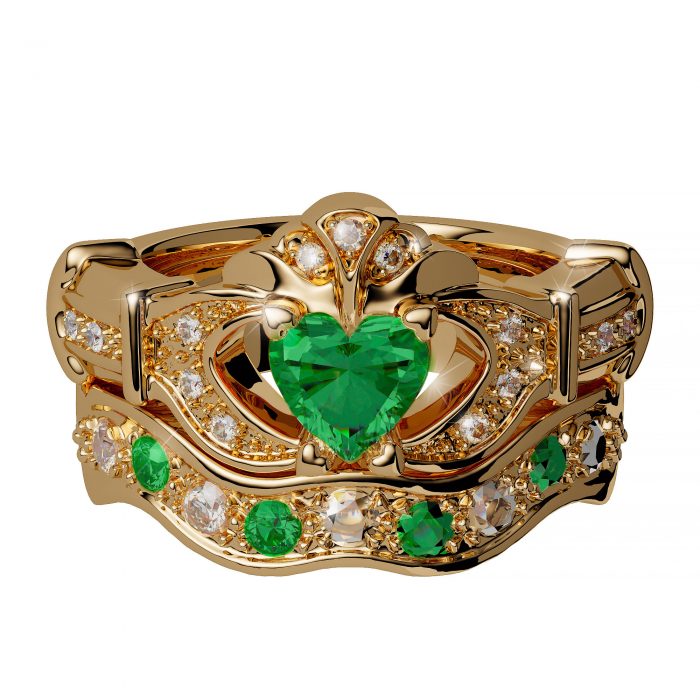 This Diamond and Emerald Claddagh Ring with Wedding Band captivates a certain magic when worn together.

This Diamond and Emerald Claddagh Ring with Wedding Band captivates a certain magic when worn together. This Bridal set comprises of a Claddagh engagement ring and matching wedding band. The main engagement ring has a beautiful Emerald set in a heart, with smaller Diamonds around it. The Wedding band is set with precious Emeralds and Diamonds along the band.

This stunning Diamond and Emerald Claddagh Ring with Wedding Band set is Irish made and handcrafted to order in our Dublin workshop by our skilled craftsmen. The Claddagh is a well-known Irish symbol. It is a traditional Irish ring exchanged as a token of love and it symbolizes love, loyalty, and friendship.

All of our jewelry is assayed at Dublin Castle, which is your guarantee of quality, our precious stones are ethically sourced and conflict free and this bridal set comes to you in deluxe packaging. 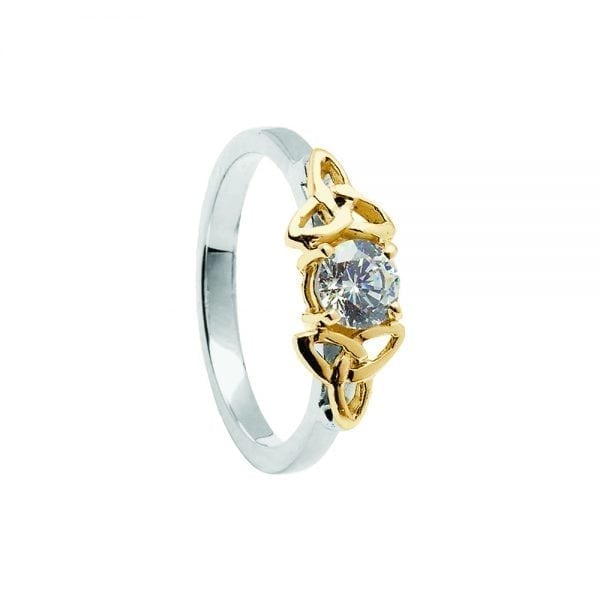 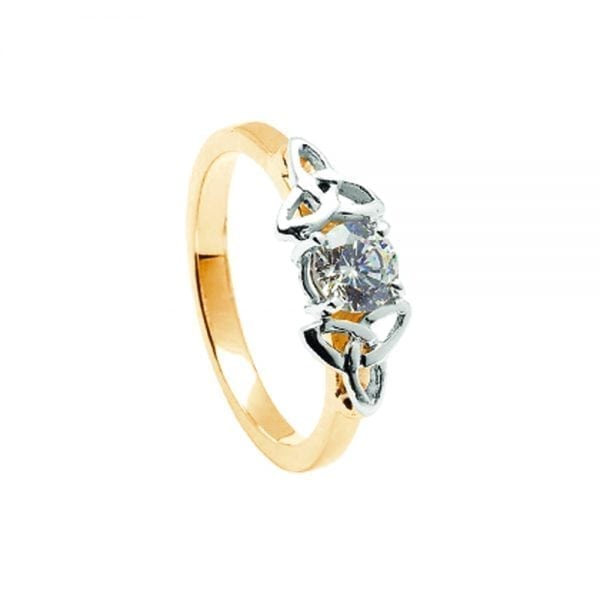 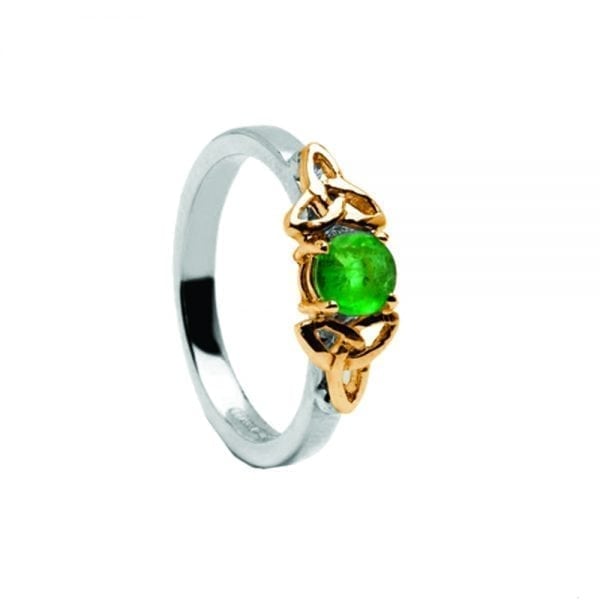 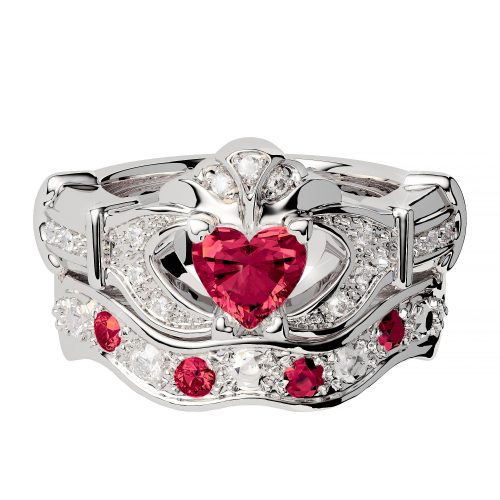