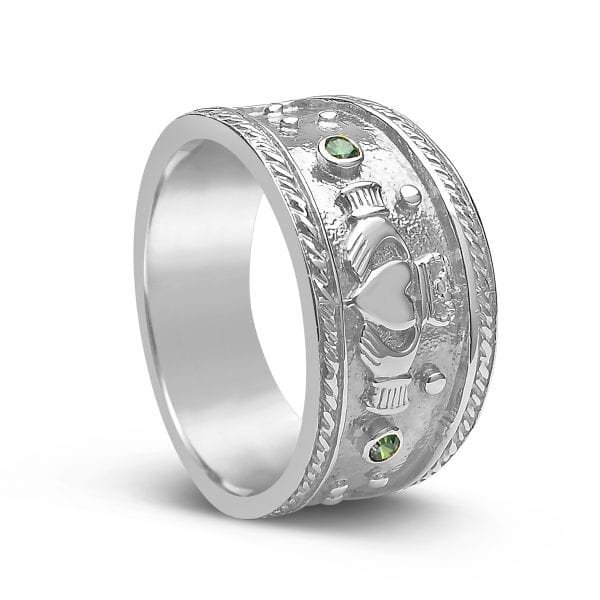 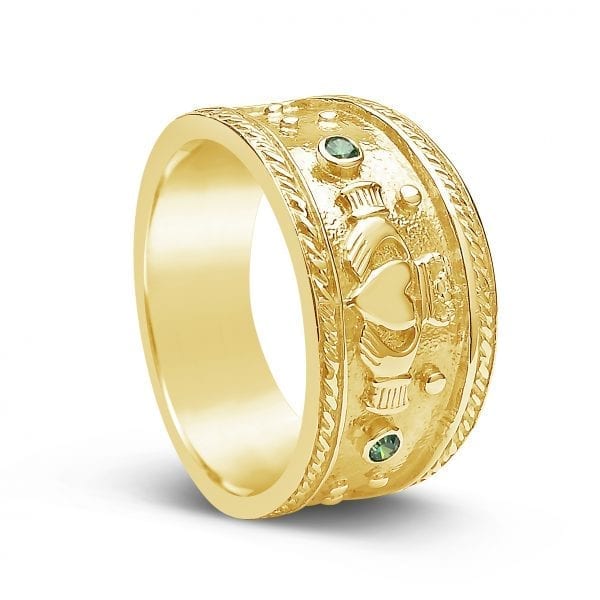 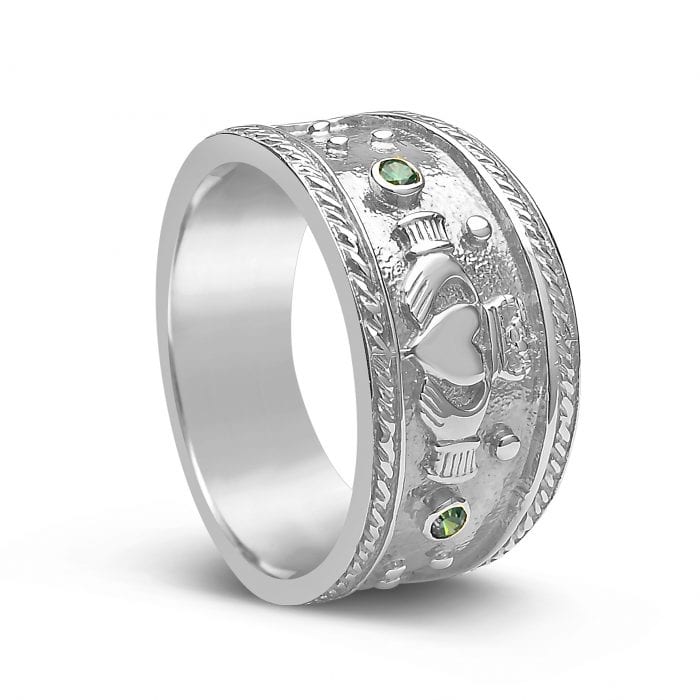 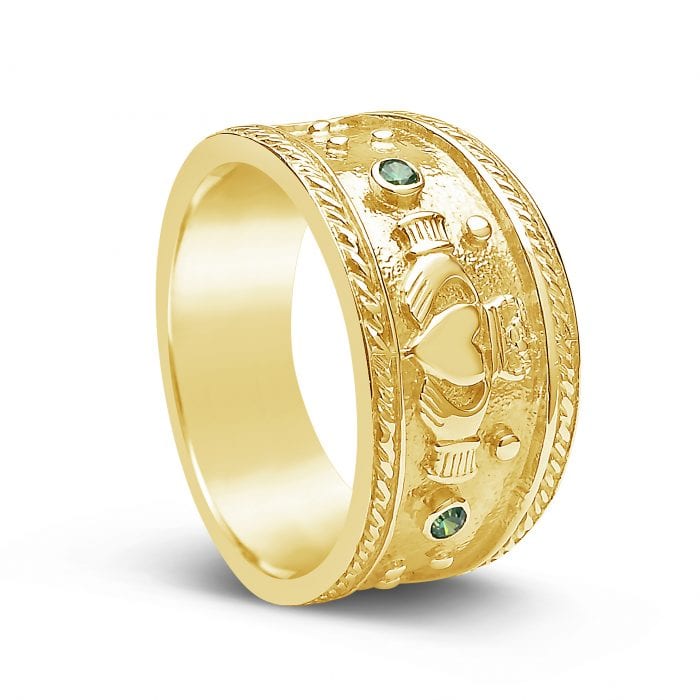 This Antique Stone Set Claddagh Ring is a heavy gents Claddagh Band with two green Cubic Zirconia stones to the sides of the Claddagh symbol.

This Antique Stone Set Claddagh Ring is a heavy gents Claddagh Band with two green Cubic Zirconia stones to the sides of the Claddagh symbol.

This Antique Stone Set Claddagh Ring is available in many precious metals and if you require a different colour stone please contact us.