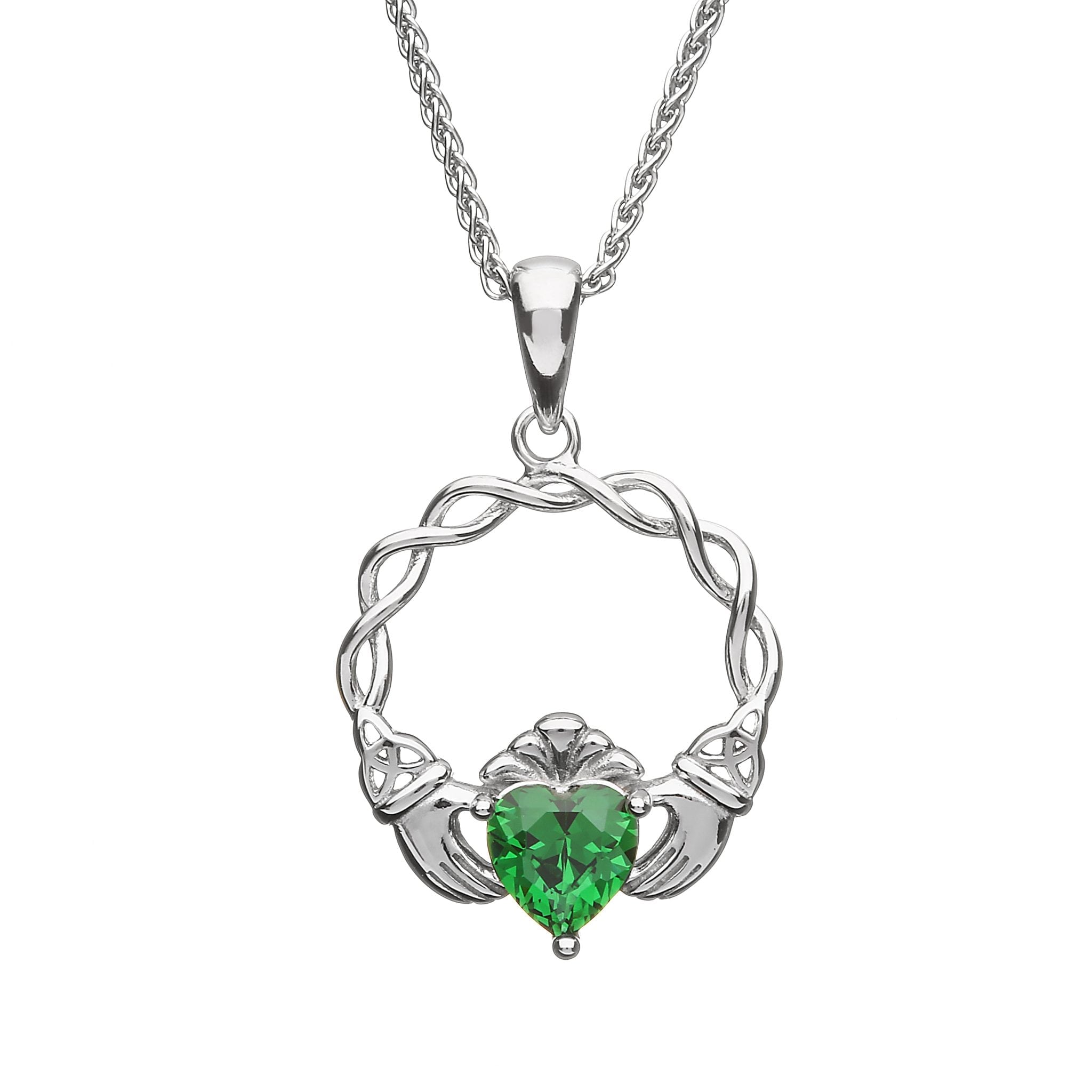 This Green Stone Claddagh Pendant has Celtic knot-work along a circle with a Claddagh symbol at the bottom.

This Green Stone Claddagh Pendant has Celtic knot-work along a circle with a Claddagh symbol at the bottom. The Claddagh Heart has a GreenCublic Zirconia Stones to add a bit of Irish sparkle. This pendant symbolizes love, the hand’s friendship and the crown loyalty.

We also have a matching Claddagh Ring and Claddagh Earrings that would be perfect with this Green Stone Claddagh Pendant. This is a great gift for yourself to add a bit of Irishness into your life! 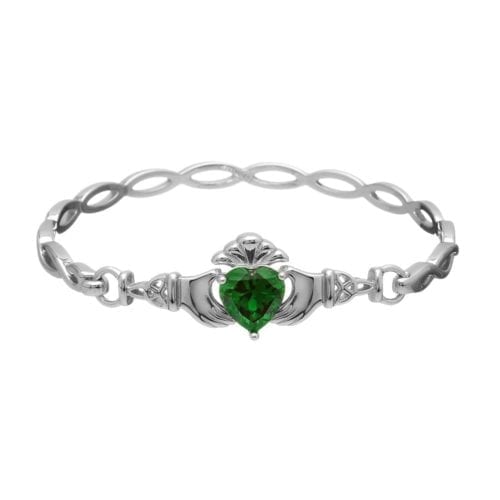