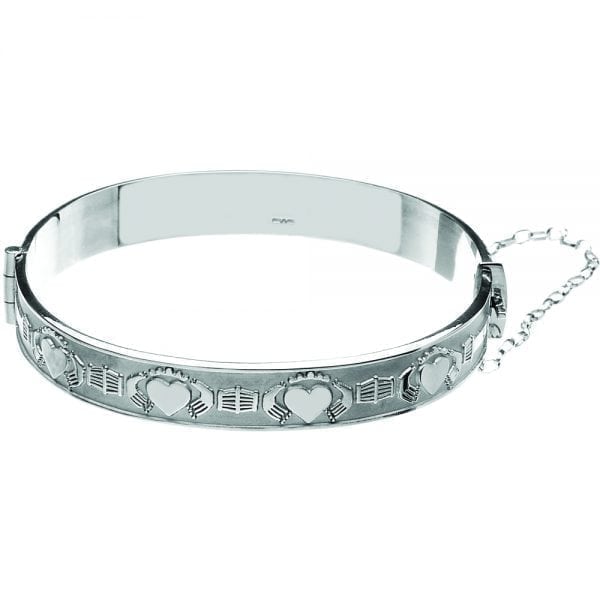 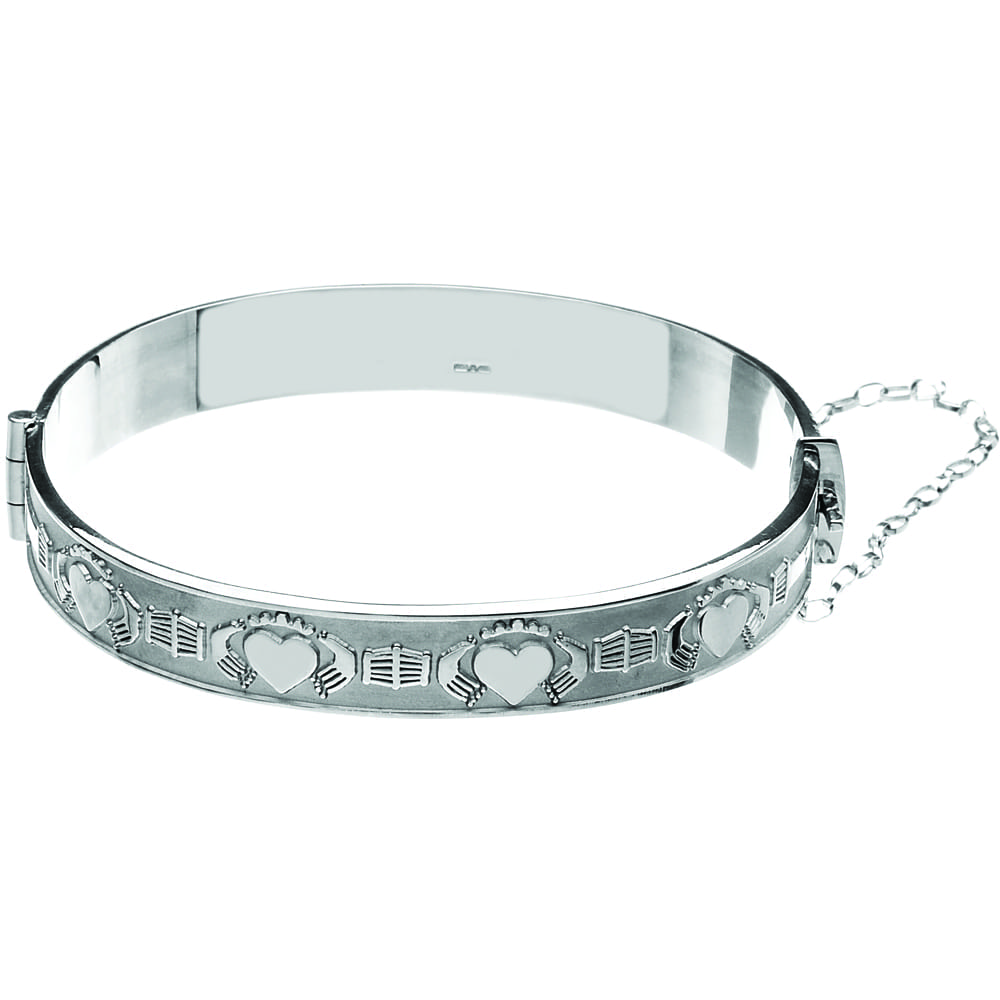 The hinged Mo Anam Cara & Claddagh Bangle includes Claddagh symbols and on the other side the words 'Mo Anam Cara", my Soulmate.

The hinged Mo Anam Cara & Claddagh Bangle includes Claddagh symbols and on the other side the words ‘Mo Anam Cara”, my Soulmate. The Anam Cara design is Boru Jewelry’s signature brand. It was originally designed in the mid ’90’s and it is still a firm favorite world wide. We created the original Mo Anam Cara, “My Soulmate” ring.

In Celtic tradition it is believed that when you connect with that special other person and become completely open and trusting with that individual, your two souls begin to flow together.

The Claddagh heart symbolizes love, the hand’s friendship and the crown loyalty. The Claddagh dates to the 17th century and originated in the little fishing village of Claddagh in County Galway, Ireland. Legend has it that Richard Joyce, a Galway native, was captured and sold to slavery in North Africa. However, Joyce found himself slave to a Turkish Goldsmith, and from his master he learned and excelled at the craft.

He was finally released after 14 years. He returned to Galway, where his sweetheart awaited him. But while in captivity, he had made what we now know as the Claddagh Ring especially for her. For centuries this was used as a wedding ring by the fisher folk of Claddagh village.

We also have plenty of Claddagh rings that would match well with this Mo Anam Cara & Claddagh Bangle. 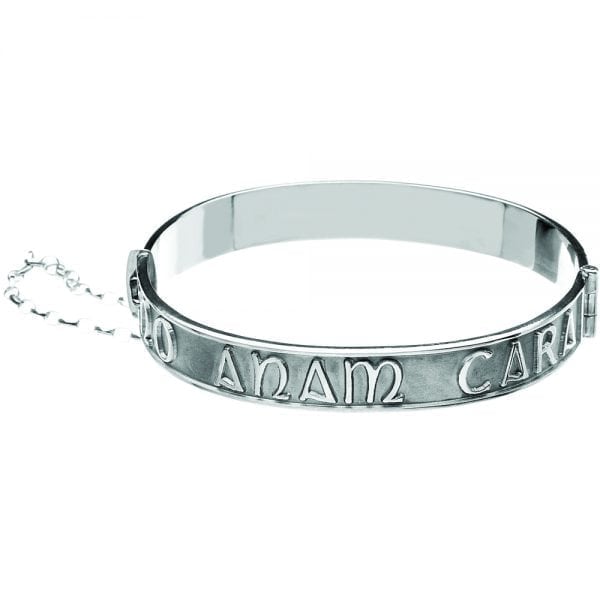 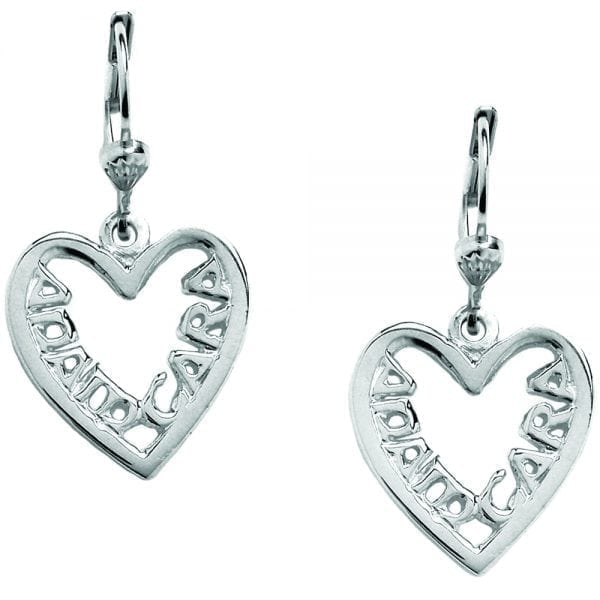 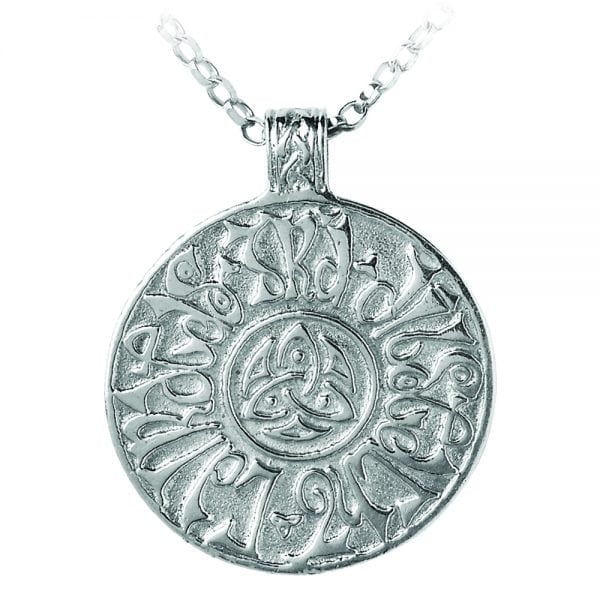 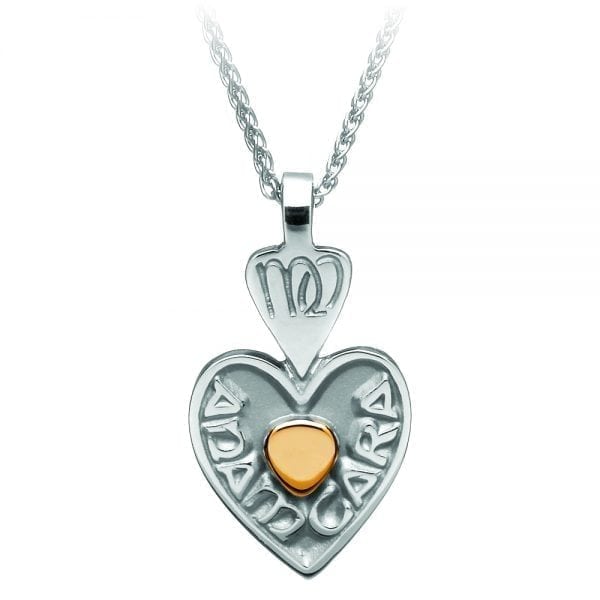 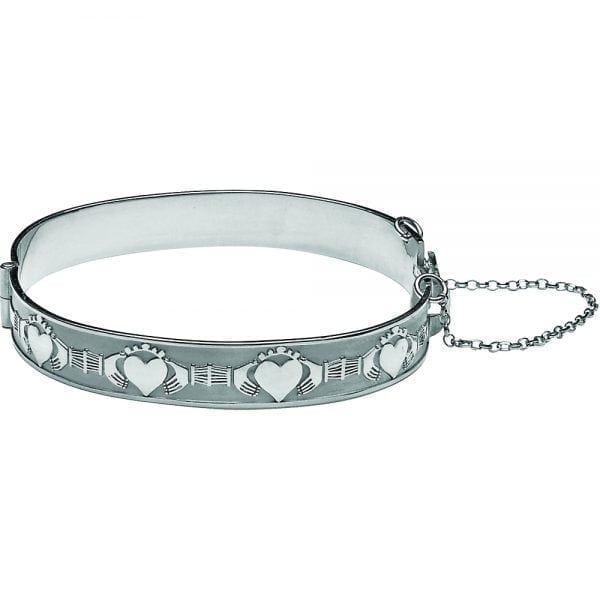