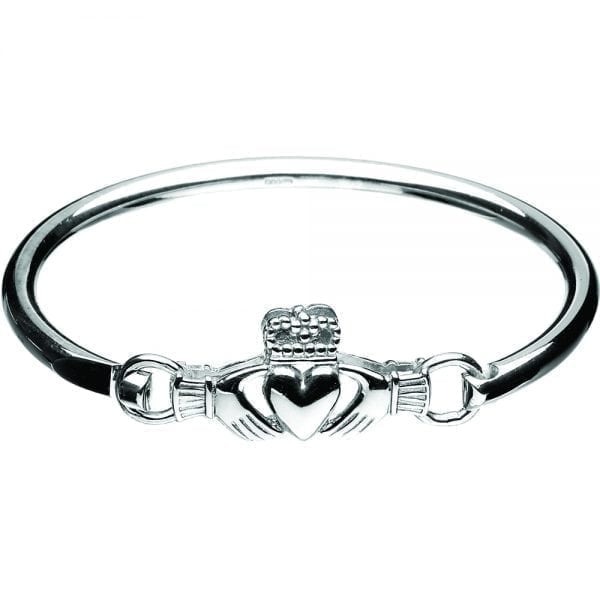 This Silver Claddagh Bangle is sterling silver and a traditional Claddagh design.

This Silver Claddagh Bangle is sterling silver and a traditional Claddagh design. The Claddagh heart symbolizes love, the hand’s friendship and the crown loyalty.

This Silver Claddagh Bangle is handcrafted in our workshop in Dublin. We also have plenty of Claddagh Rings to match perfectly with this bangle. This is the perfect gift for a loved one or good friend.

The bangle is assayed at Dublin Castle for your guarantee and comes beautifully packaged in a gift box.