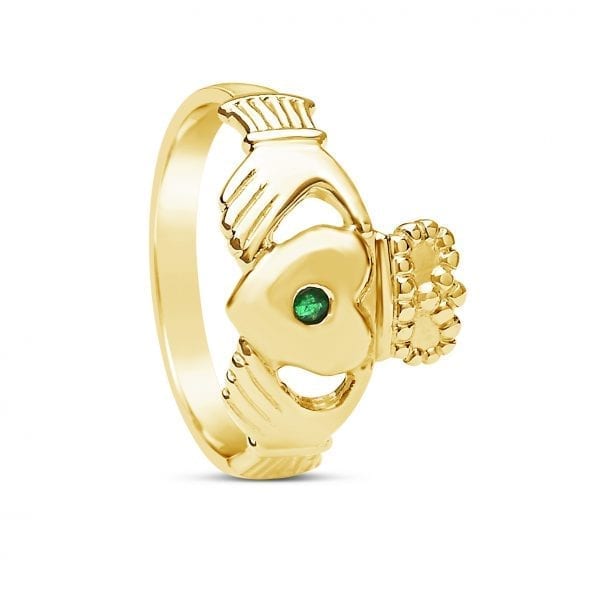 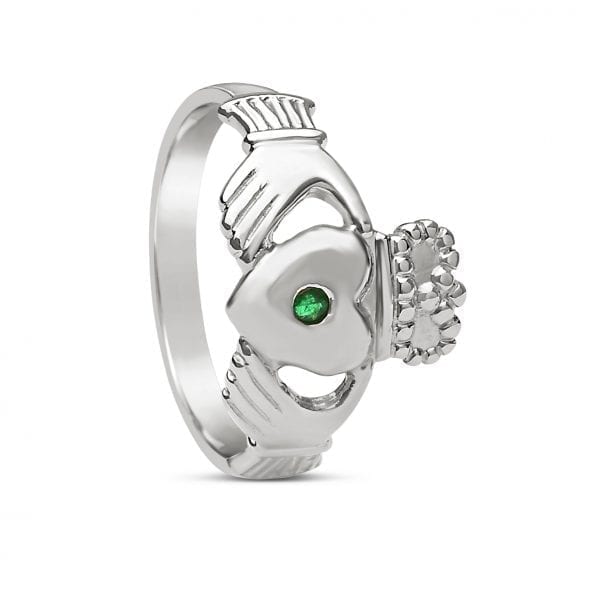 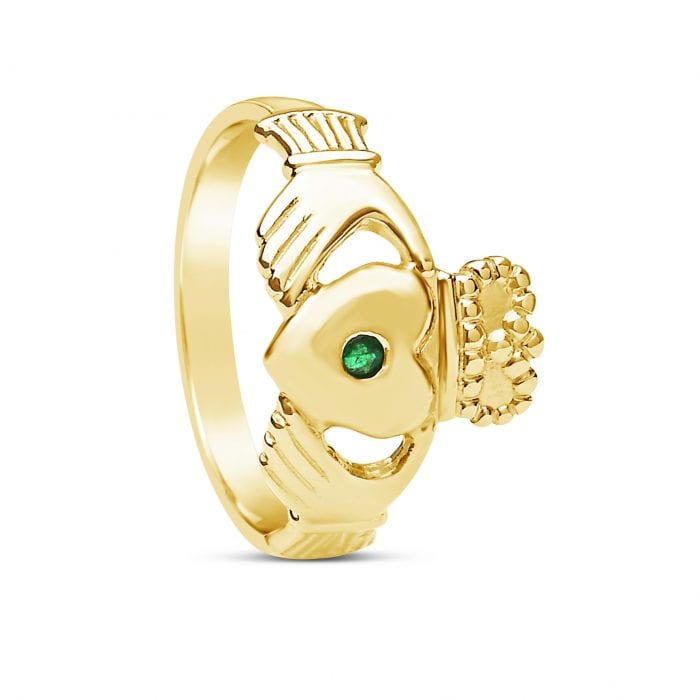 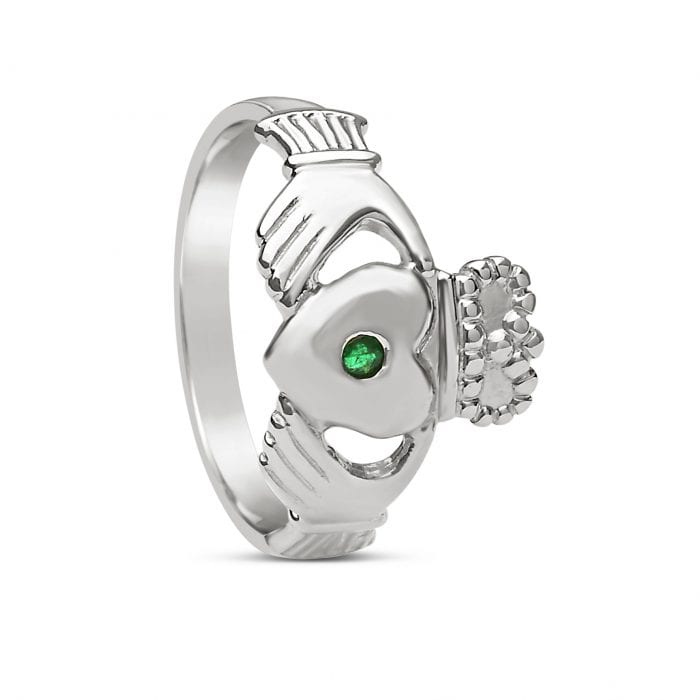 The sophisticated Emerald is known for its intense radiant color, the color of life and spring. It is also known as the stone of successful love and said to embody unity, compassion and unconditional love.

This Gents Emerald Claddagh Ring is the perfect gift for a loved one. And if you love the Claddagh symbol, have a look at our full Claddagh collection here.