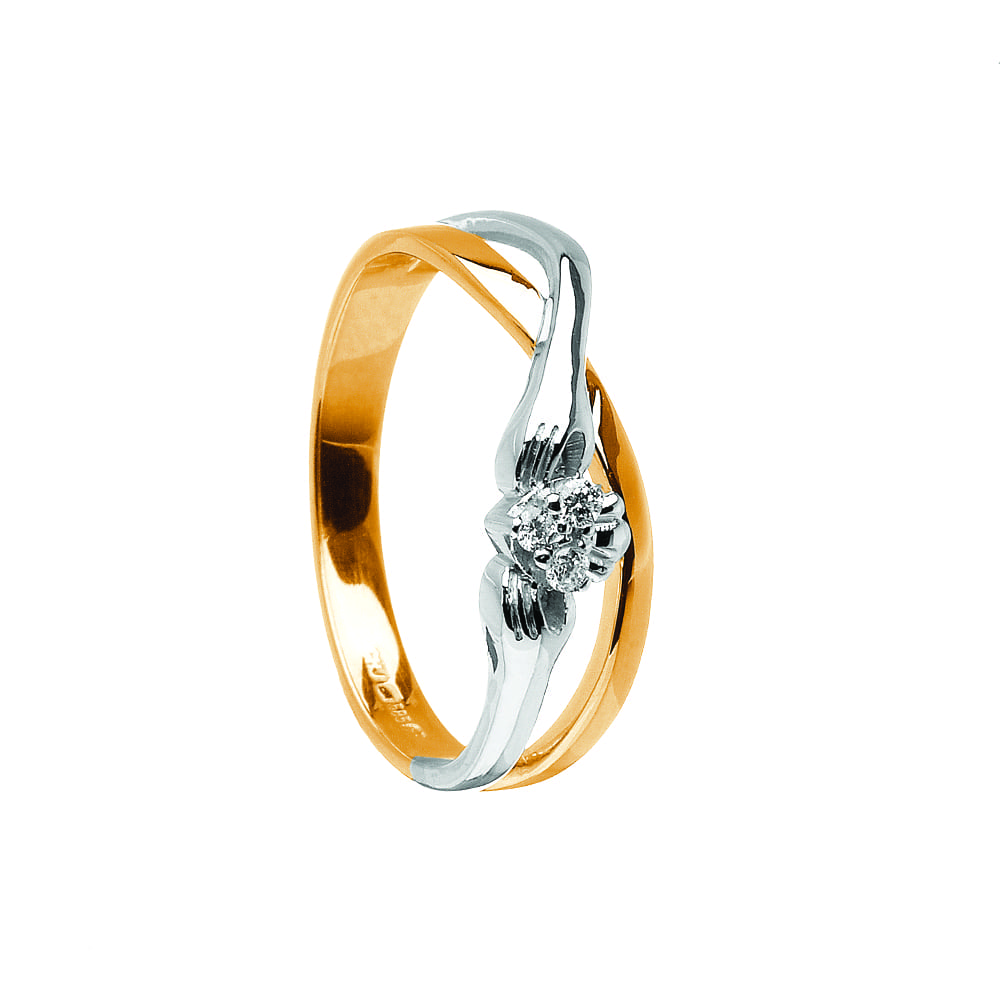 This Diamond Interwoven Claddagh Ring is yellow and white gold to give the effect of two interwoven bands.

This Diamond Interwoven Claddagh Ring is yellow and white gold to give the effect of two interwoven bands. The white gold band holds the design of the Claddagh heart, hands and crown, with a beautiful Diamond in the center.

This Irish hand made Diamond Interwoven Claddagh Ring is the perfect gift for a special anniversary or birthday, or even an engagement!