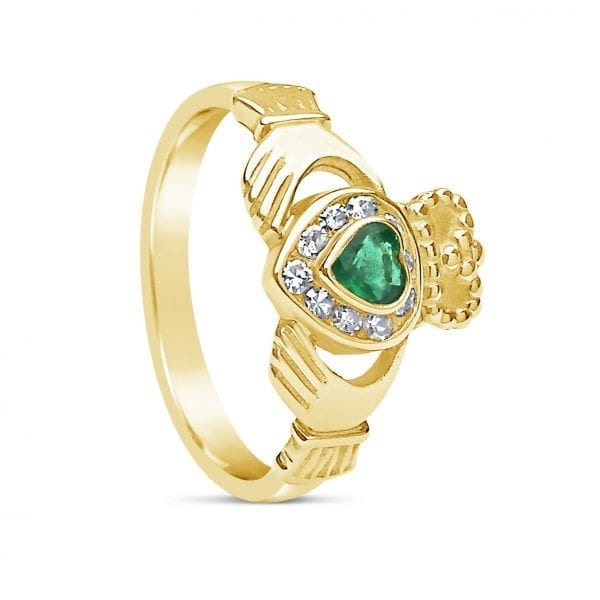 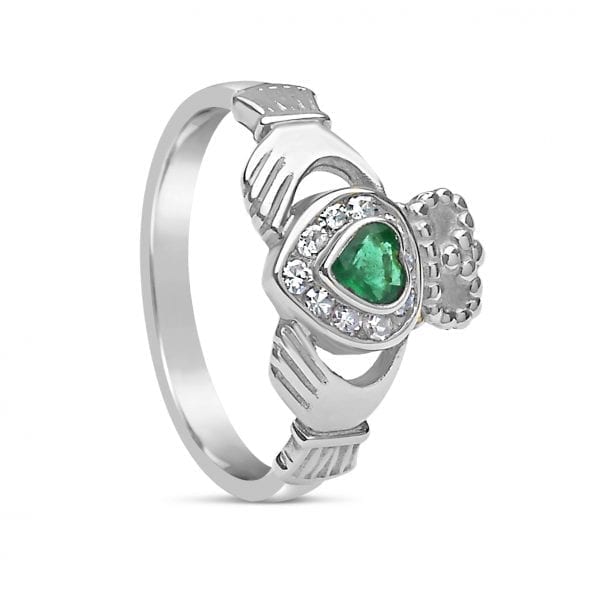 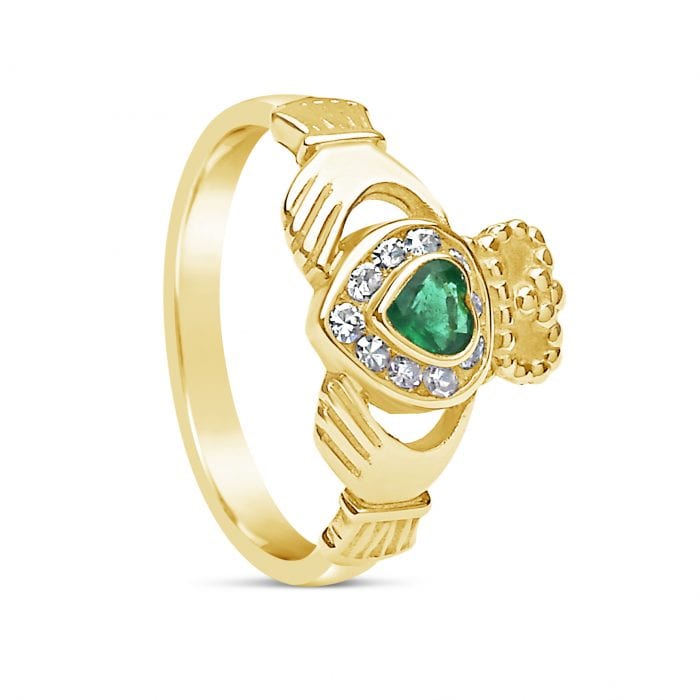 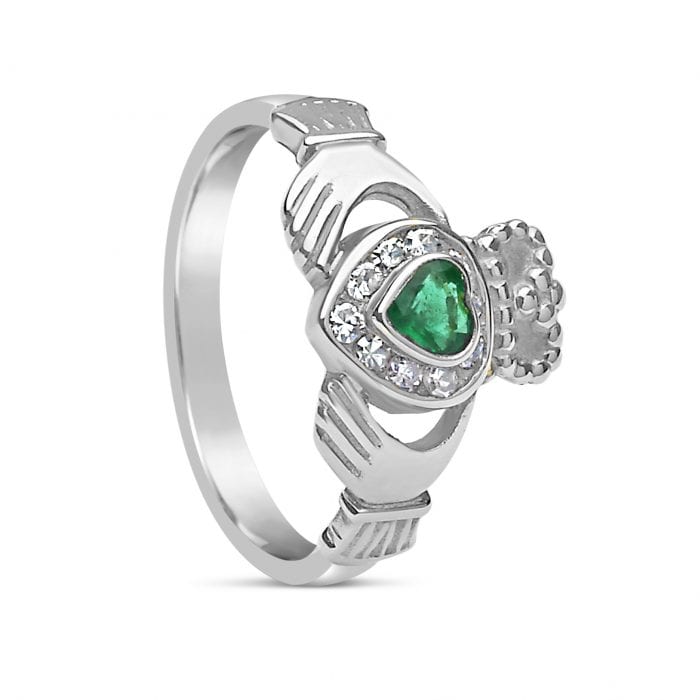 This Diamond & Emerald Claddagh Ring is set with a beautiful Emerald heart surrounded by an outside ring of small Diamonds.

This Diamond & Emerald Claddagh Ring is set with a beautiful Emerald heart surrounded by an outside ring of small Diamonds. This Irish made Claddagh Ring is such a special ring and is the perfect gift for a special anniversary or birthday, or even an engagement!

Diamonds truly are a girls best friend. This is because “a diamond is forever”, symbolizing a deep, everlasting love. The Emerald is known for its intense radiant color, the color of life and spring. It is also known as the stone of successful love and said to embody unity, compassion and unconditional love. The Claddagh symbolizes love, loyalty, and friendship. These all combine to make the perfect Claddagh Ring for a loved one.

This Diamond & Emerald Claddagh Ring a special piece, handmade in our workshop in Dublin, hallmarked at Dublin Castle and beautifully packaged with a story card. 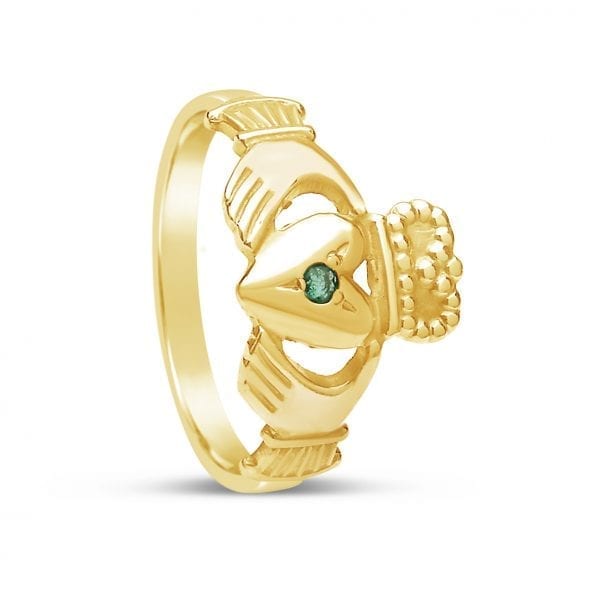