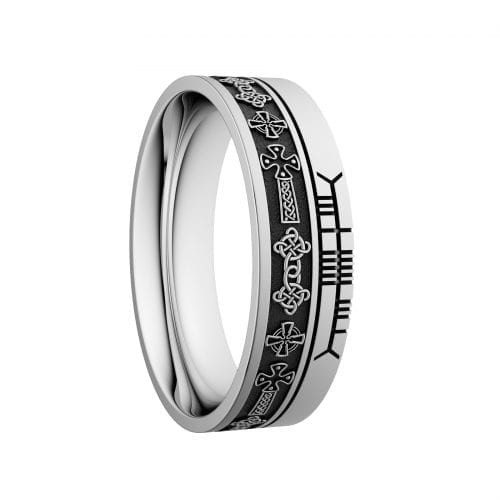 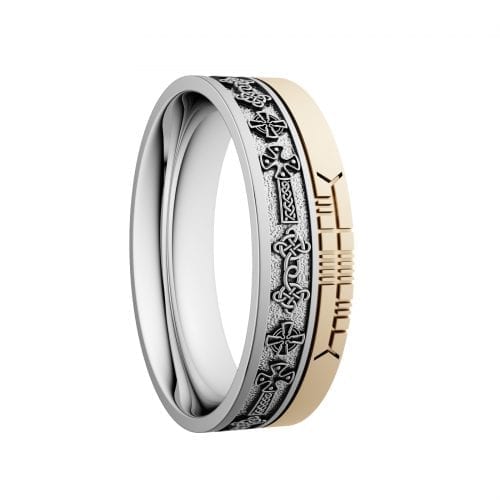 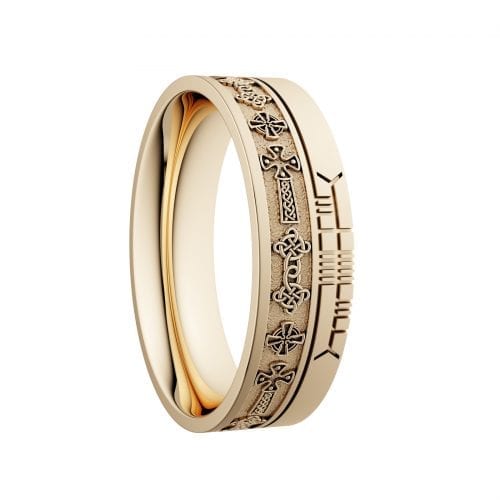 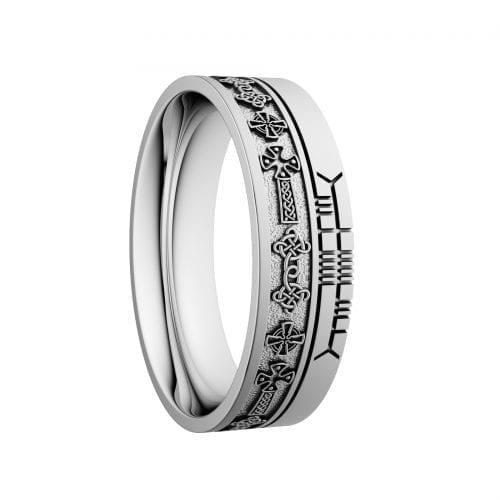 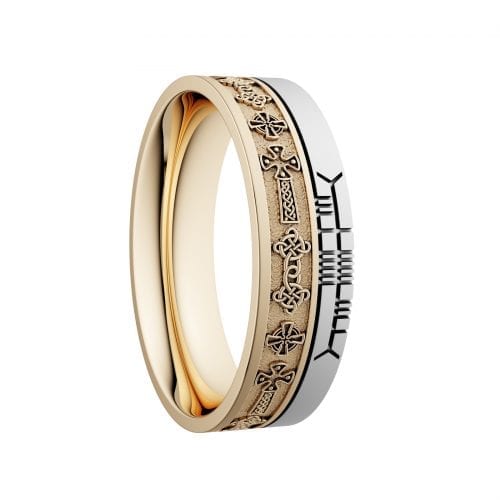 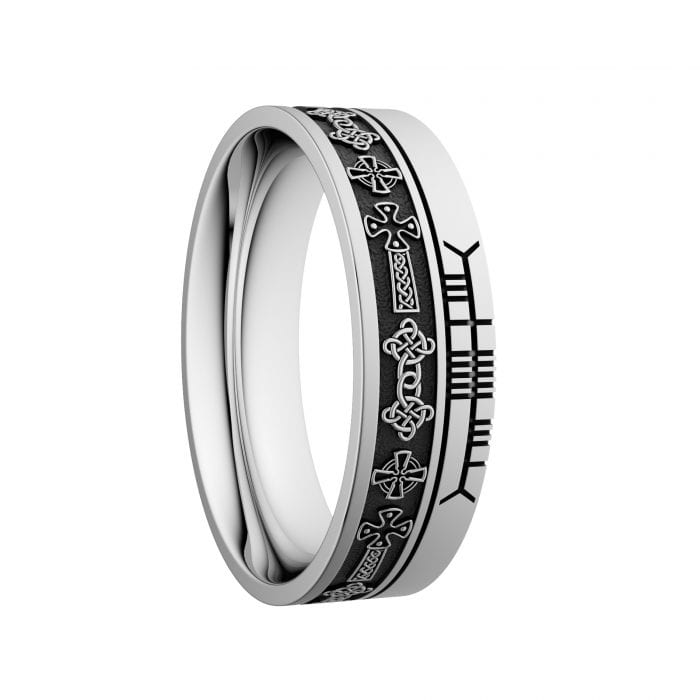 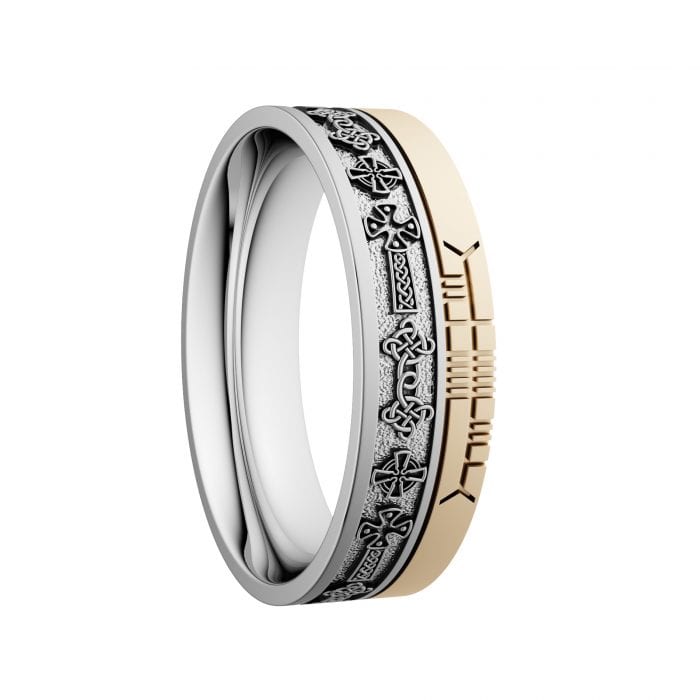 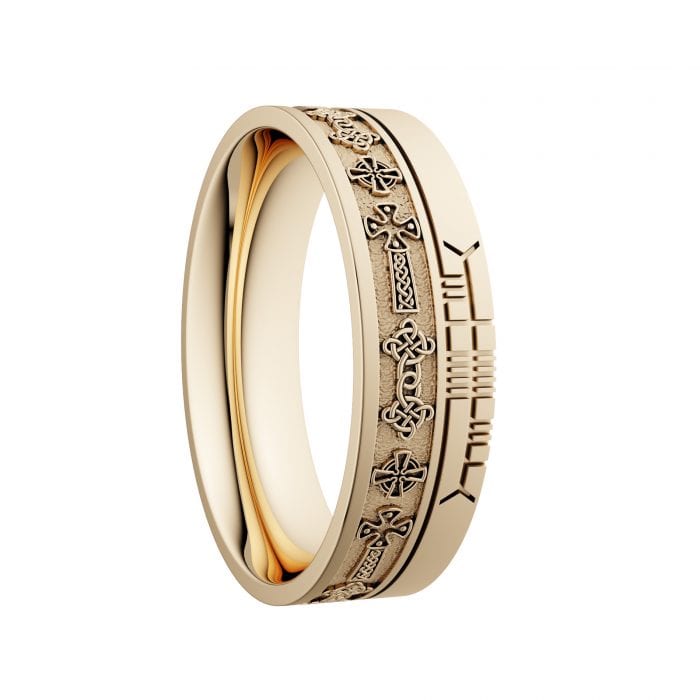 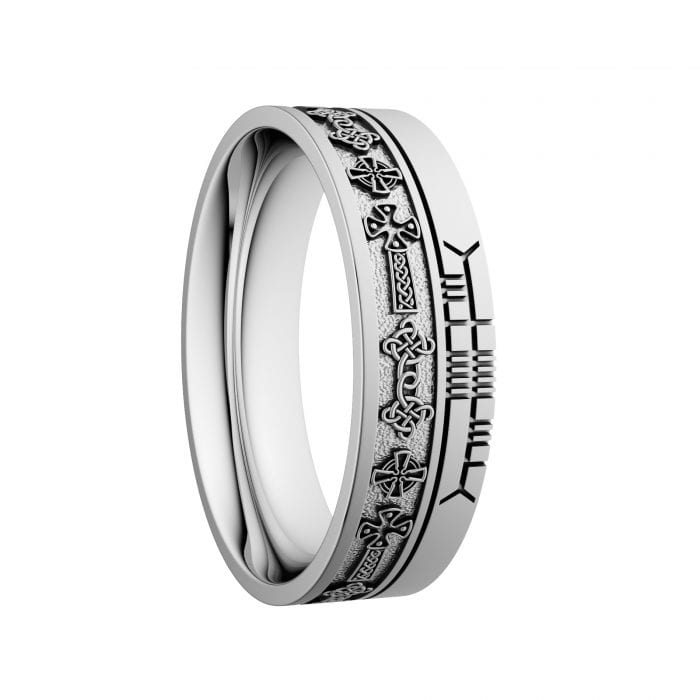 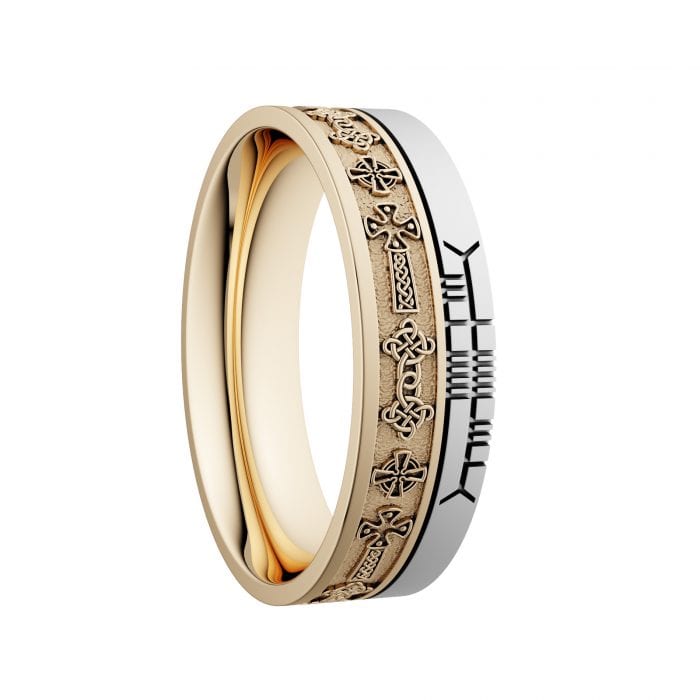 The Celtic Cross Version of our Faith Collection is a high quality stunning Celtic ring inscribed with the ancient Ogham script, the Celtic Alphabet, with the word FAITH.

An ideal ring for wedding, commitment or even friendship. Each ring is comfort fit, ensuring a smooth feel when on your finger. 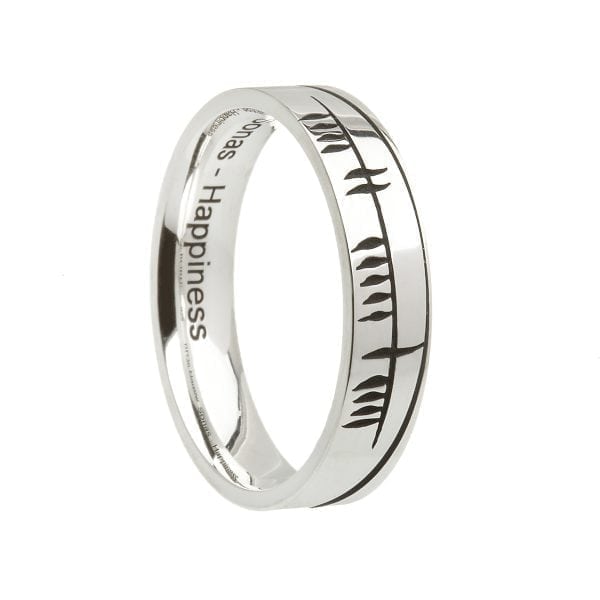 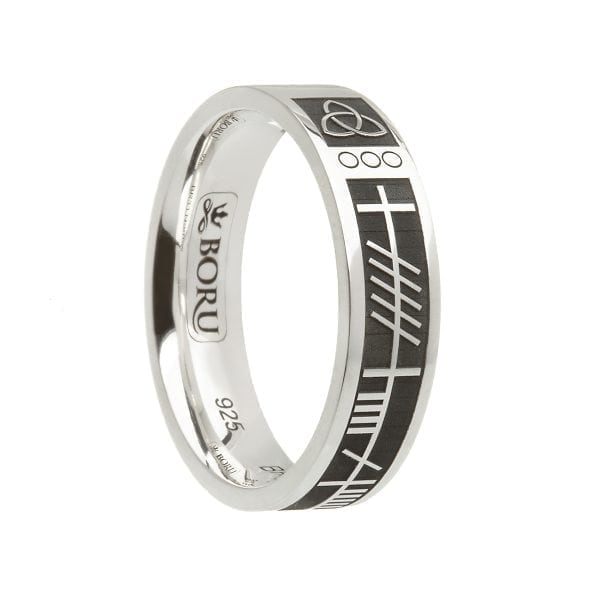 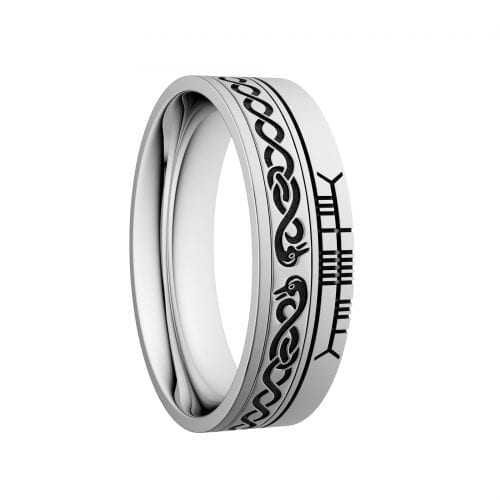 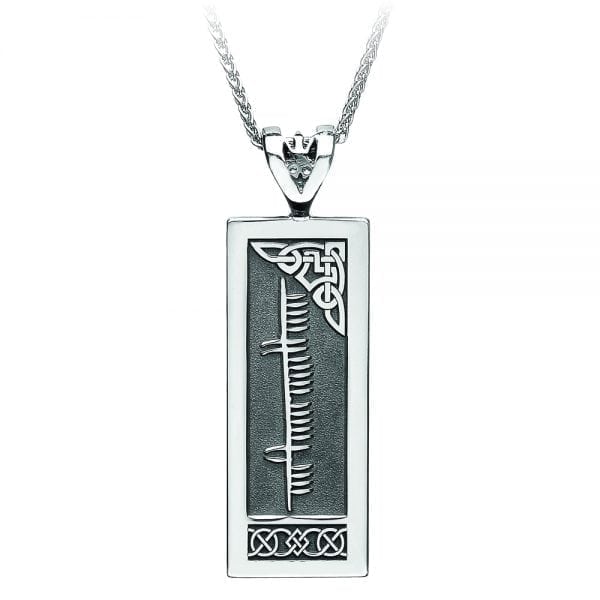