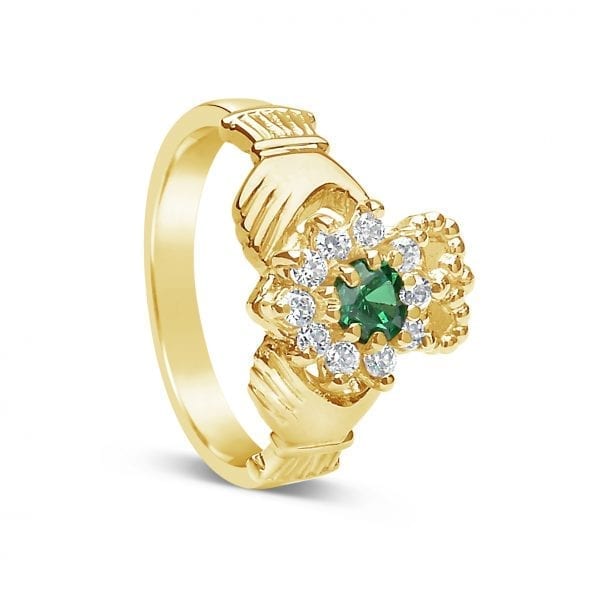 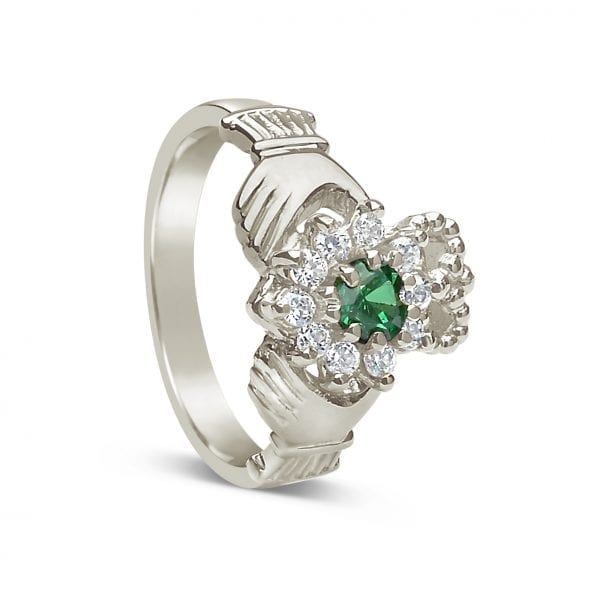 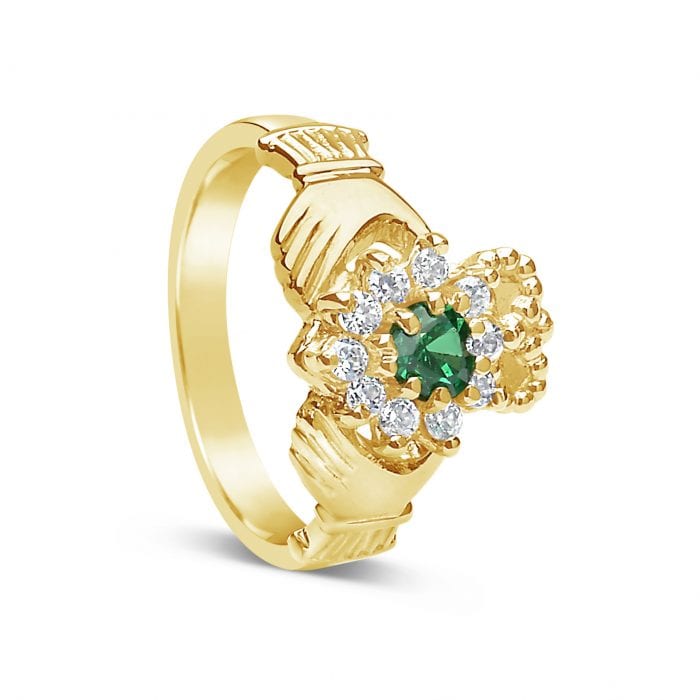 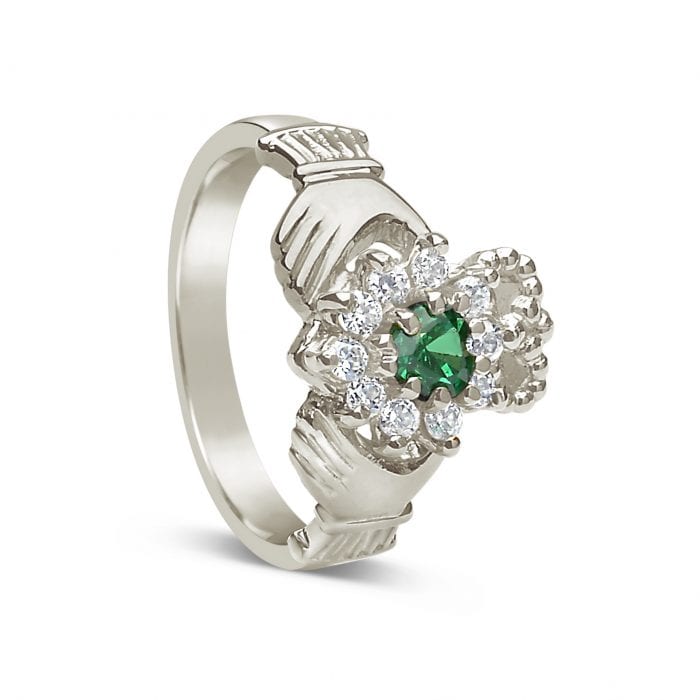 This stunning Green Agate and CZ Claddagh Ring is a wonderful opportunity to combine the luxury of gold with beautifully set stones at an affordable price.

This stunning Green Agate and CZ Claddagh Ring is a wonderful opportunity to combine the luxury of gold with beautifully set stones at an affordable price. It has one Green Agate Stone in the center, which is surrounded by 10 Clear Cubic Zirconia stones.

Green Agate has a lot to do with health. It is a stone related to physical, mental and as well as spiritual well-being. Green agate also increases compassion, generosity and a keen sense of justice. The Claddagh symbolizes love, loyalty, and friendship. These all combine to make the perfect Claddagh Ring for a loved one.

This Agate and CZ Claddagh Ring is handmade in our workshop in Dublin and hallmarked at Dublin Castle.