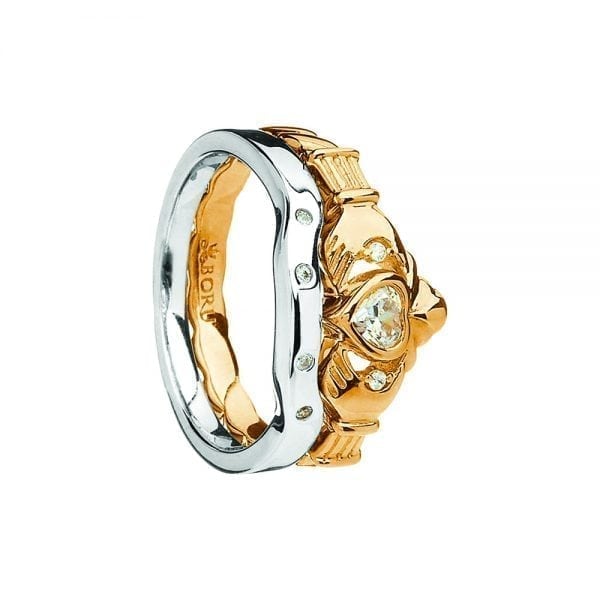 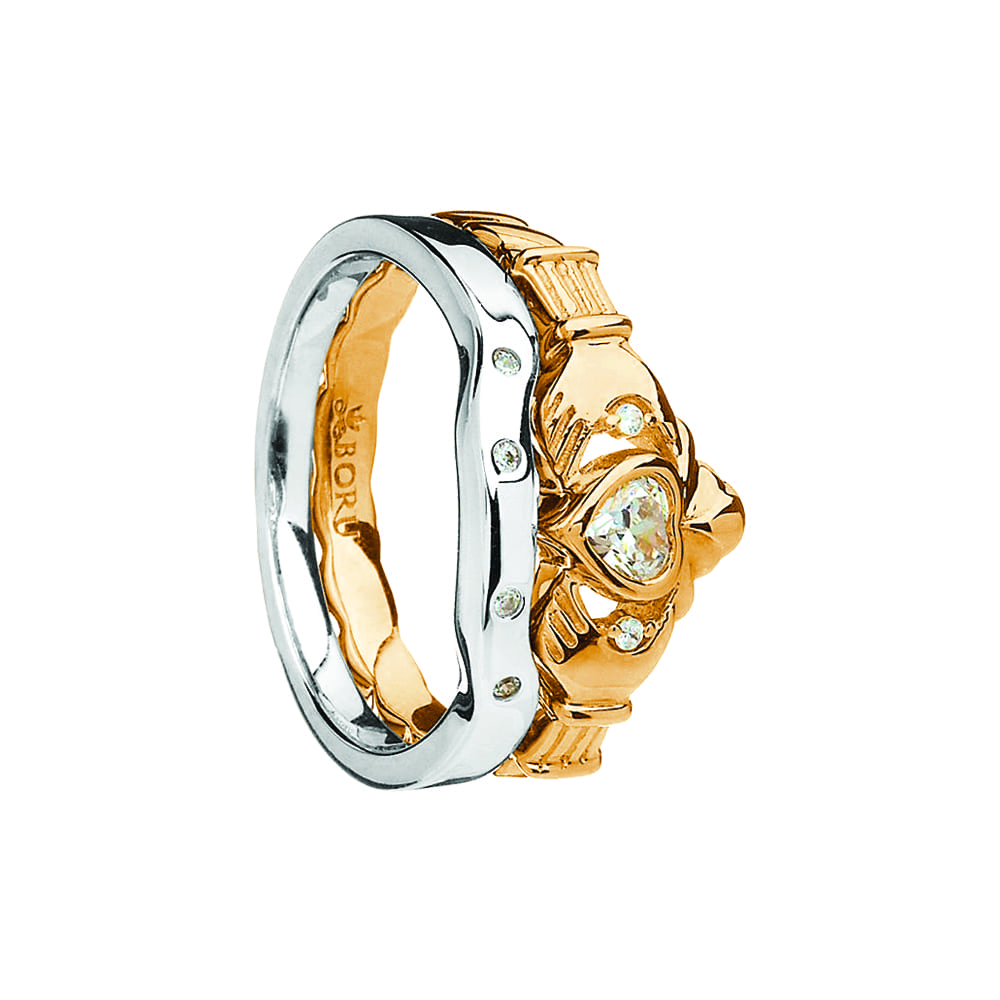 This Claddagh Ring with Matching Band is a special ring set, sitting together perfectly and is the ideal gift set for a special anniversary or birthday.