History of the Irish Celtic Cross

According to legend, the Irish Celtic Cross was introduced by St Patrick when he was converting the pagans in Ireland to Christianity.
St. Patrick combined the Christian cross with the pagan sun. This was to give the newly converted followers the idea of the importance of the cross by linking it with the symbolism of the life-giving properties of the sun. The sun was one of the most important and ancient Celtic symbols of life. However, others say that placing the cross on top of the circle represents Christ’s supremacy over the sun, which was worshiped by the pagans. Thus, the birth of the Celtic Cross.

The original Irish Celtic Cross was not carved out of rock. But they were inscribed on a slab of rock. These were called slab crosses. These were just big slabs of stones with crosses carved onto them. An example of this is The Killaghtee Cross in Dunkineely, which dates back to around 650 CE.

High Crosses were popular in the 8th, 9th and 10th centuries in Ireland. In the oldest stones, the arms of the high cross do not usually extend outside the ring. And they have carvings usually depicting ancient Celtic symbols. However, in later stones, the arms do extend outside the ring. They were often built to memorialize famous people or places. However, over time they started displaying elaborate carvings and sometimes telling biblical stories.

While there are many Celtic high crosses throughout Ireland, the majority of Celtic Crosses you will see are those for gravestones. This is a result of fashion around the 1850s to use them as headstones or monuments. This fashion has crossed oceans and taken root wherever Irish immigrants landed. This could be America, far off Australia or New Zealand, bringing with them the beauty and mystery of the Irish Celtic Cross.

The meaning of the Irish Celtic Cross

One of the defining features of the Irish Celtic Cross is the head of the cross. Some people suggest the ring represents the sun. Therefore, merging Christian and Celtic imagery, as it’s said St Patrick did in his attempt to convert the Celts to Christianity. As a result, many people often refer to the Celtic cross as a Celtic Sun Cross. However, others suggest the ring on Celtic Crosses represent the Celtic Shield. Others also say it represents the halo of Jesus Christ.

Some historians have suggested that Celtic Crosses have mirrored trees. Celtic people felt a deep connection to nature, especially towards trees. Trees were an important part of Celtic beliefs and culture.
When the Christian missionaries arrived in Ireland in the 5th century they didn’t want to upset the Celts. So, by merging the Christian imagery of the cross and halo with Celtic imagery of the sun and trees, this new religion would have been more ‘familiar’ to the Celts. Thus, presumably making it easier to convert the pagan Celts!

Here at Boru, all our Jewelry is handmade in Ireland, in our Dublin workshop. We have picked out a selection of our most popular Celtic Crosses. Some are traditional style and others have a bit more of a modern twist to them!

This Traditional Irish Celtic Cross remains a classic favourite for all ages. The perfect gift for yourself to show your Irish and Celtic heritage. The Celtic Cross is worn as a symbol of faith or as a fashion piece. 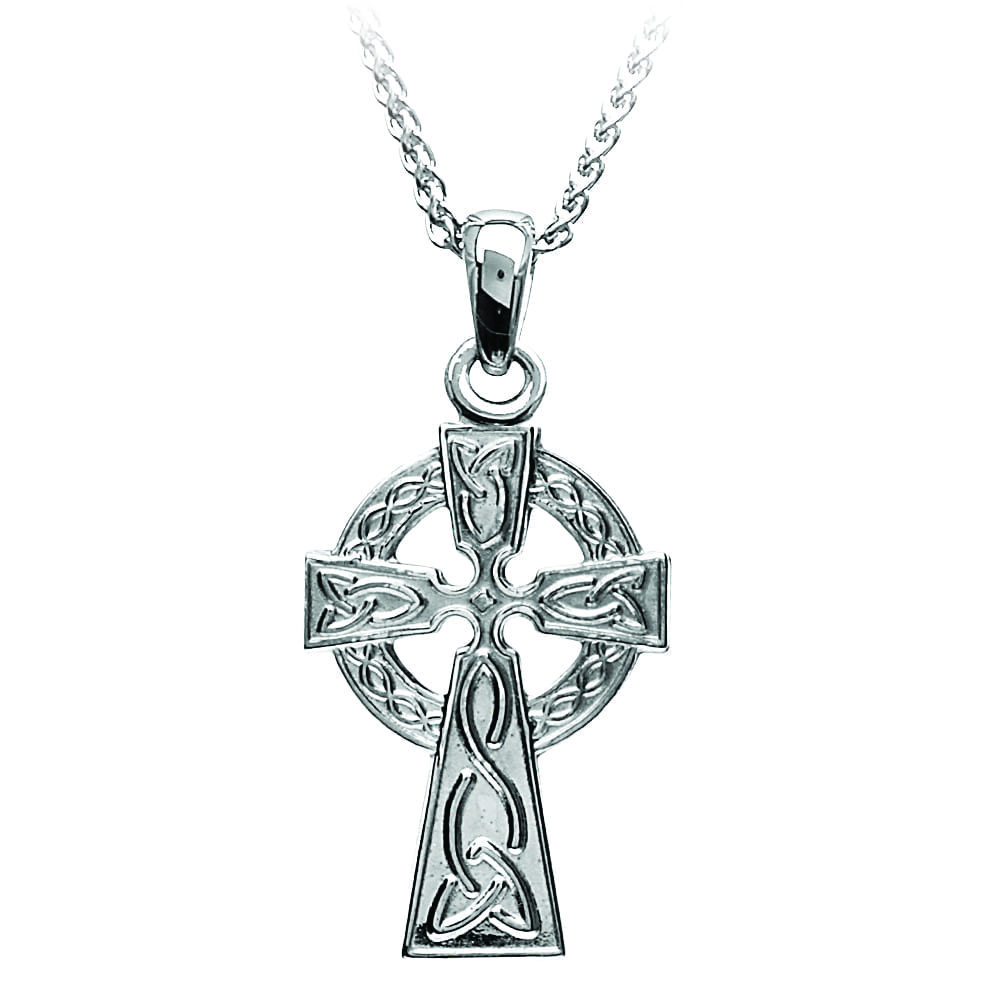 This stunning Traditional Celtic Cross has a stunning Emerald in the centre of it to add a bit of Irish sparkle to your life. 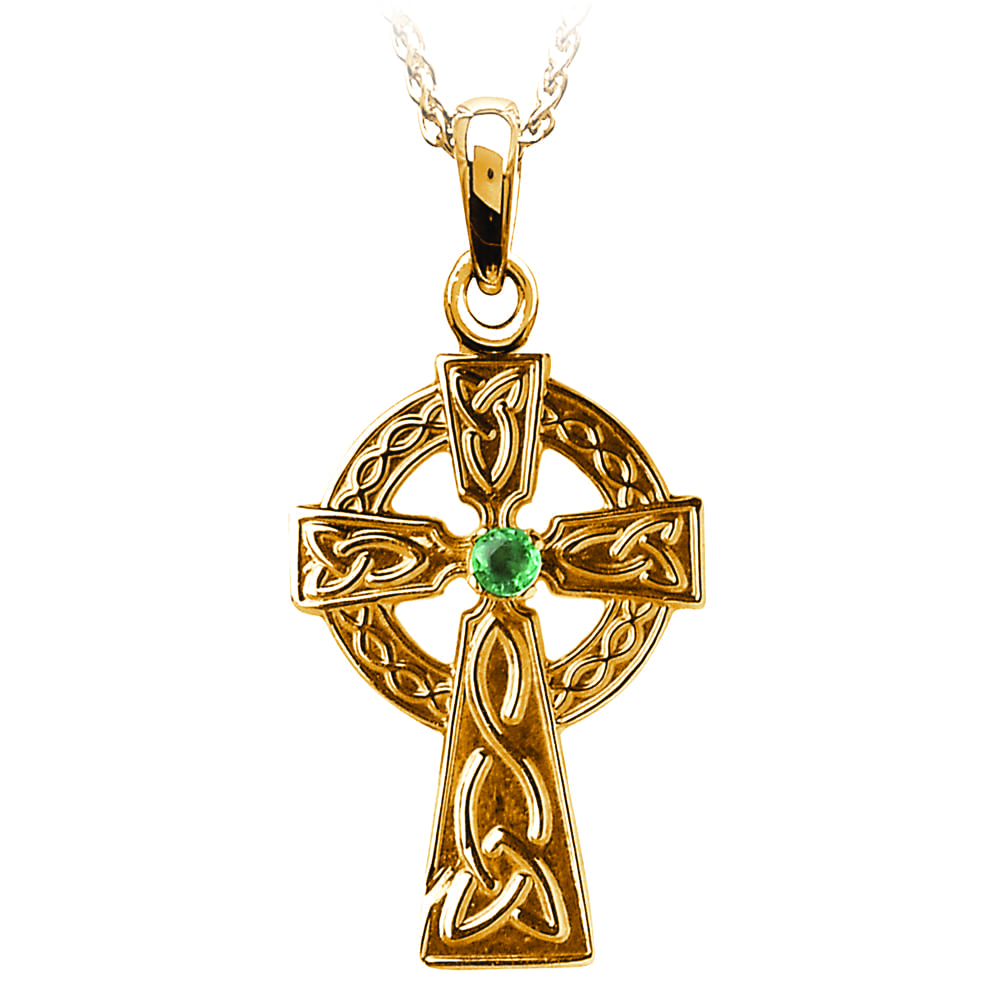 This Contemporary Cross is sterling silver and is also decorated with a rose gold-plated Trinity Knot in the centre. 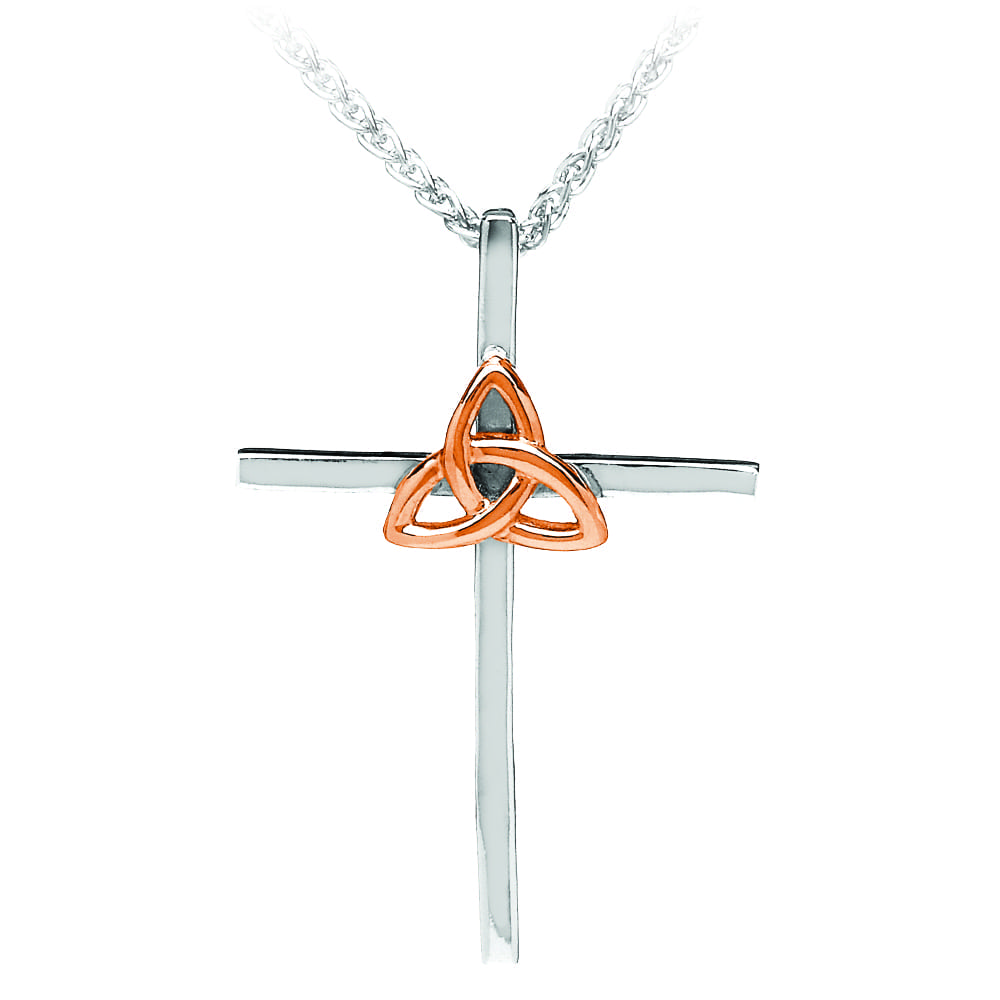 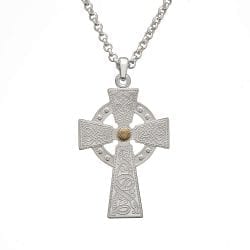 Find your Irish Heritage with your own Celtic Cross

Celtic crosses are worn proudly by people around the world who share an appreciation of Irish heritage and culture.
We have so many Irish handmade Celtic Crosses available. We have hand crafted pieces that will suit all tastes. Have a look through our beautiful collection and discover your Irish Heritage. 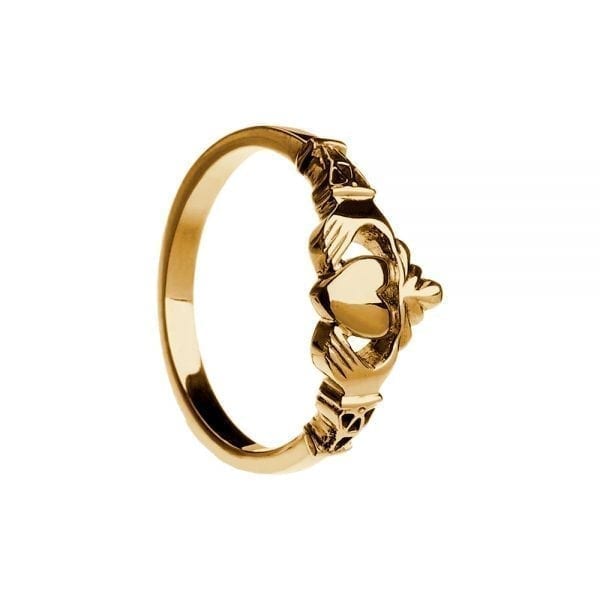 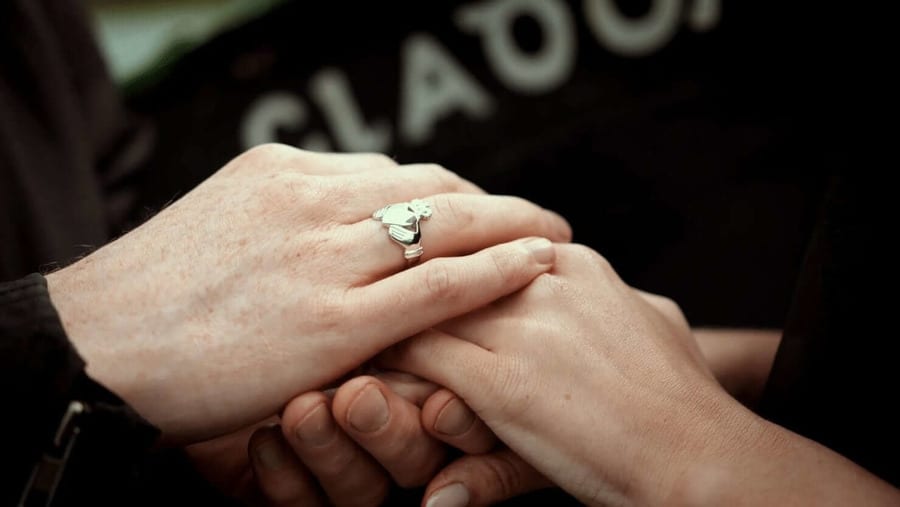 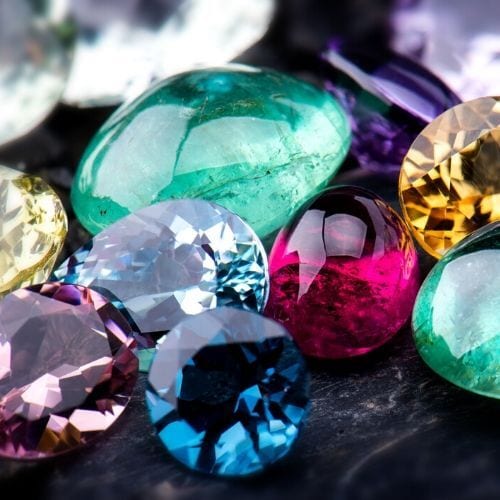