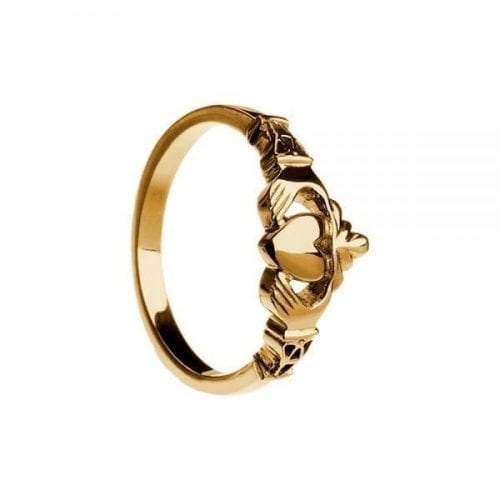 Promise Rings have found new favor since celebrities like Miley Cyrus, Selena Gomez and Charli D’amelio paraded them in the public eye. If you haven’t heard of promise rings before – we don’t blame you, they had fallen from favor in the past. The ring itself can symbolize many things depending on the giver’s intentions – it could be for friendship, a pre-engagement ring, or a ring to symbolize a mutual commitment to exclusivity in a relationship. Using rings as a symbol of exclusive love and affection has stretched back to ancient times.

In Roman times it was normal for couples to exchange rings to demonstrate loyalty and their promise to one another, this was normal practice as far back as 200 BC. Throughout history, there have been made trends that have risen and declined as fashion dictated such as Posy rings – inscribed with romantic quotes from poetry. Acrostic Rings used the first letter of each gemstone to spell a word such as (for example, a ruby, emerald, garnet, amethyst, ruby, and diamond spelling “regard”) were extremely popular in Victorian England

In the last few years, promise rings have returned to prominence with the aforementioned celebrities causing a return to the mainstream once more. The Jonas Brothers and Miley Cyrus both brought incredible attention and awareness to their promise rings.

Here in Ireland, we have our own equally romantic and historic ring that can make the perfect promise ring for that special person in your life – the Claddagh ring.

It is said that silversmith Richard Joyce left Galway and his lover to sail to the West Indies for a business trip. On his return he would have enough money to marry his partner and begin his life in Claddagh.

Unfortunately for Richard, his ship was set upon by Algerian pirates who beat Richard and sold him into slavery. Richard became the property of a Moorish Goldsmith Master who noticed Richard’s innate talent for working with the metal. He trained Richard for 14 years gaining immense knowledge and experience in the process. Richard never took his mind off home and his betrothed, Richard created a ring during these years as a promise that one day he would return. In 1689 King William the III outlawed slavery of Commonwealth people and sent an ambassador to Algeria to ensure compliance. Richard’s master was extremely eager to keep him – offering him a large sum of money and marriage of one of his daughters if he would stay with him. Richard refused and returned to Claddagh finding that his fianceé had waited for him all these years. He presented her with the now-iconic Claddagh ring and opened his own business with the oldest Claddagh rings still bearing his maker’s mark ‘R.J’. Claddagh has become instantly recognizable with a crowned heart being held by two joining hands. Claddagh Rings became extremely popular in Richard’s lifetime and thereafter with Walt Disney, Queen Victoria, and Jennifer Anniston all cherishing the rings and causing a demand for them. These instantly recognizable rings can make for the perfect promise rings – often being given to special people at prominent moments of their lives, as we will see below Claddagh have special symbolism depending on the giver’s intentions and the way the ring is worn on the finger. 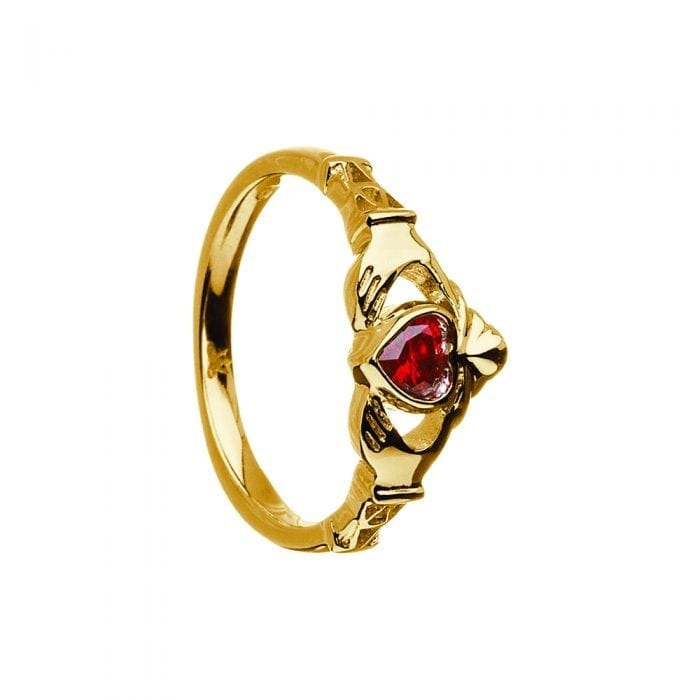 The Claddagh ring itself is composed of three main items, the heart which naturally represents love and care for the receiver. The crown a symbol of loyalty and elegance and the hands coming together representing friendship. Many Claddagh rings were family heirlooms being passed from mother to daughter when the time came. Claddagh rings can be used in many different ways to signify the wearer’s relationship status. (Although today you can wear it however you would like). The traditional meanings are as follows:

On the right hand with the point of the heart toward the fingertips – The wearer is single and open to love. This is an elegant and refined way of displaying that the wearer is welcoming suitors and is approachable.

On the right hand with the point of the heart toward the wrist- The wearer is either in a relationship or someone has ‘stolen their heart’. The heart is not open and the person is not welcoming any further interest at this time and will not be receptive to any advances.

On the left ring finger with the point of the heart toward the fingertips – The wearer is engaged and is to be married soon! Love is in the air!

On the left ring finger with the point of the heart toward the wrist- The wearer is married. The wearer is taken and has found the love of their life. 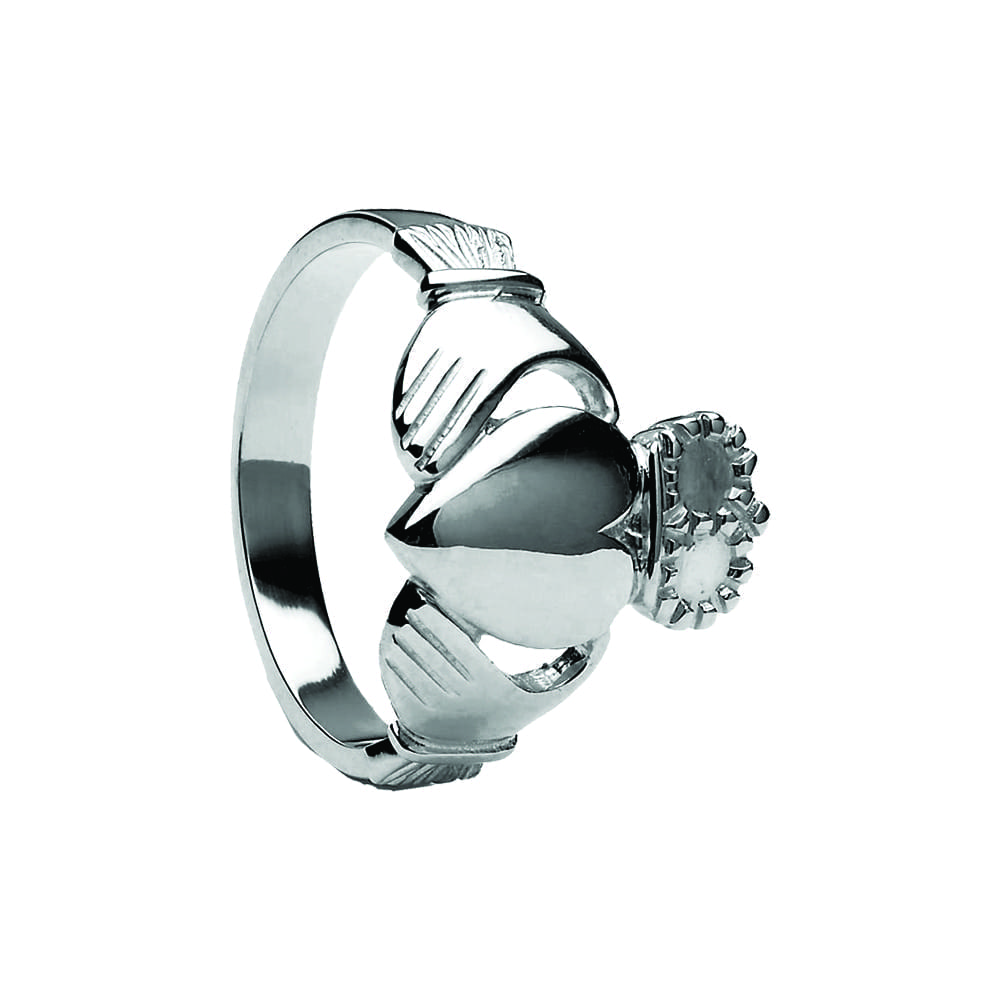 Representing friendship, love and loyalty there isn’t a better example of a promise ring. Steeped in history and significance a Claddagh ring reminds us of Richard Joice and his long journey back to his lover. The Claddagh remains an elegant and subtle manner to display a person’s relationship status. Hand-designed and crafted here in Ireland by Boru the ring is a special token of a person’s commitment to each other and to tradition. See our video below to see the legacy of our craft.