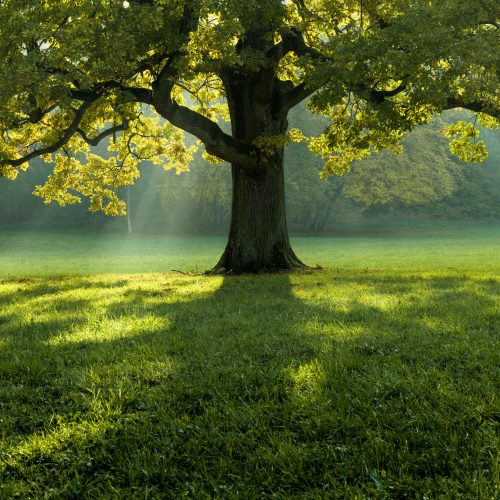 Many cultures, including the Celts, have a ‘Tree of Life’ or Crann Bethadh (in Gaeilge) concept. In today’s world, you can find the Celtic Tree of Life on a wide range of items; it’s a popular tattoo request, looks excellent on tapestries, and makes a stunning necklace or pendant design, among other things. However, the Tree of Life was a significant symbol for the Celts and other ancient cultures.

Branches that reach out and downward crown the sacred tree’s wide trunk. Its roots and branches are mirror images of each other, giving the motif a sense of balance and harmony. The Tree of Life symbol is, of course, associated with ancient Celtic culture, but also with nature and intergenerational ties. Consequently, different Celtic jewelry can represent the Tree of Life art in many different ways.

Understanding the symbol’s deeper meaning should provide insight into ancient Celtic culture. In this article, we will look at the Celtic Tree of Life to learn more about its meaning and symbolism in the context of the ancient Celts and Druids. We will also explore how other ancient cultures and religions viewed the Tree of Life. 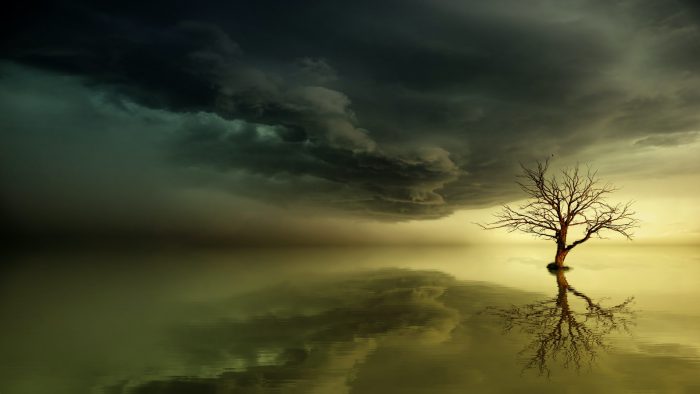 Photo by Johannes Plenio on Unsplash

The Celts were a prehistoric group of tribes and communities who lived in Ireland and a few other western European countries like Scotland, Wales, Brittany, and the Isle of Man. These tribes and groups were classified as ‘Keloti’ or ‘Celtae’ by the ancient Greeks and Romans.

These empires saw similarities in shared customs and rituals among these nomadic tribes and classified them with the blanket term: Celt or Celtic. While these people did not leave much written text behind, they did leave a rich history of folklore and amazingly intricate artifacts.

What’s The Celtic Tree Of Life?

Druids believed that the Tree of Life, or Crann Bethadh, had exceptional abilities. When clearing land for human settlement, the Irish tribal people left a tree untouched in the center, calling it Crann Bethadh. These people used to gather beneath the Crann Bethadh for meetings.

They also relied on the tree for food, warmth, and shelter. Other forms of life, such as animals, birds, insects, and so on, benefited from it as well. As a result, the tree was described as a force that looked after life on the planet. That could also be why Irish folks call it the Celtic birth tree. 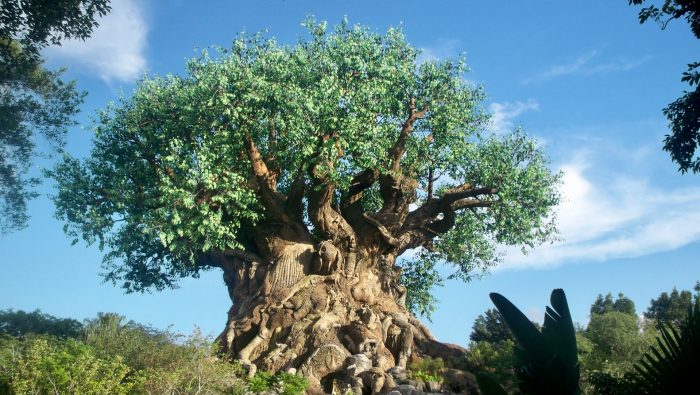 Photo by Stephanie Klepacki on Unsplash

Significance Of Trees For Celts

The early Irish believed the Norse Tree of Life could be found in “Uisneach” in County Westmeath, in the exact center of Ireland. The power of trees is mentioned several times in Celtic life and mythology. The language contains some of these hints.

It’s believed that the word “door” comes from the Irish word “dair,” meaning “oak.” The oldest written Irish language is Ogham or the ancient Irish “tree” alphabet. In fact, the Celts had a great deal of respect for trees and believed them to be human ancestors.

The Celts only lived in areas where they could find such trees. Druid teaching centers were also situated in peaceful and tranquil oak grove surroundings. In Celtic designs, the Tree of Life is often depicted as if emerging from a pot. As illustrated in those patterns and designs, the pot symbolizes Mother Earth – the source that nourishes all forms of life. 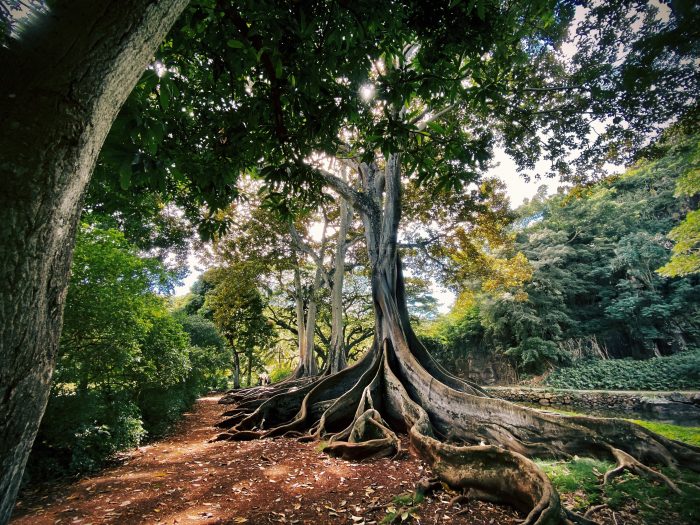 Photo by Wirestock from Freepik

What’s The Meaning Of Celtic Tree Of Life?

The number three is prominent in many Celtic symbols. The Celtic Trinity Knot focuses on the number three, with three points representing the constituents of the Holy Trinity and undying love.

In Irish, the Celtic Tree of Life, or “Crann Bethadh” is no different, albeit with a more subtle resemblance. The trinity aspects of this Celtic symbol focus on the main parts of the tree: Roots, Trunk, and Branches.

This is a depiction of our journey through life’s three stages. The branches and leaves represent youth, the strong trunk represents adulthood, and the roots represent our senior years. 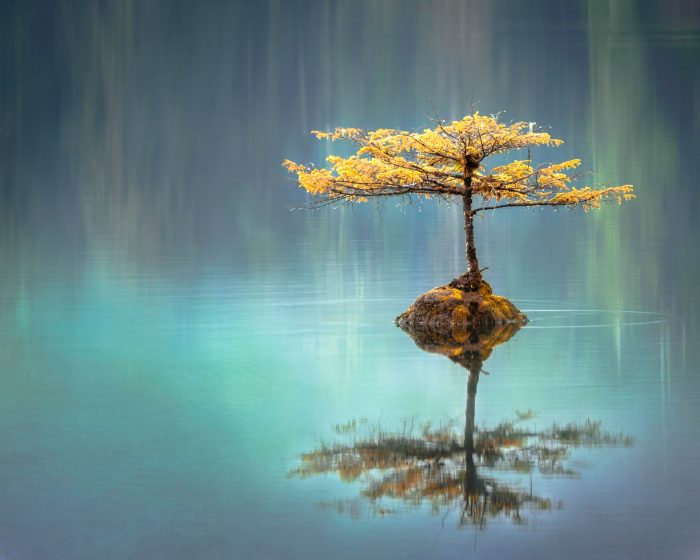 Photo by Faye Cornish on Unsplash

Overall, the meaning of the Celtic Tree of Life is about nature’s forces combining to create balance and unity. The roots reach deep into the ground, while the branches reach the sky: a representation of the eternal cycle of life and the connection between Heaven and Earth, mind and body.

The Celts regarded the Tree of Life as a symbol of longevity, knowledge, and strength. They even believed trees were man’s ancestors and served as a portal to the spiritual realm. Another interpretation is that of rebirth. As the weather turns colder, the tree sheds its leaves and bursts back into life with the arrival of Spring.

When the Irish Celts established a new community, they planted a tree in the center, known as the ‘Crann Bethadh,’ or Tree of Life. The lush branches of the tree served as the community’s hub, where important meetings were held.

When the Celts were at war, they believed their foes would be rendered defenseless if their sacred tree were cut down. The Celts also used a variety of rituals to commemorate the changes that a Tree of Life underwent. These changes were labeled as birth, death, and rebirth. 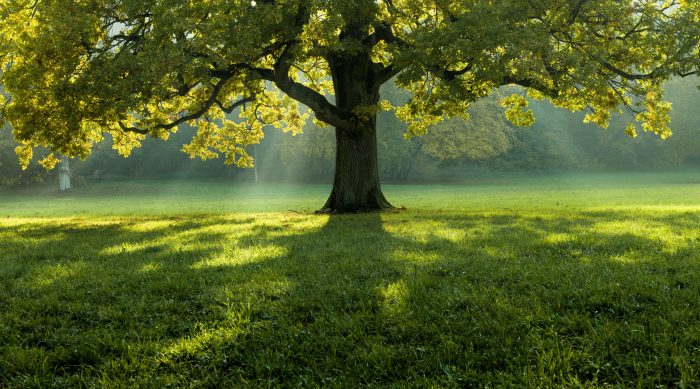 Photo by Wirestock from Freepik

Tree Of Life In Other Cultures

The Tree of Life has been used as a symbol since ancient times. It’s difficult to pinpoint the symbol’s exact origins and how it spread around the world because it was widely recognized and used in many ancient cultures.

Researchers discovered the earliest known example in the Domuztepe excavations in Turkey, dating back to around 7000 BC. The symbol is thought to have spread in various ways from there. We can see the Celtic Tree of Life art in different mythologies from multiple cultures. The symbol has been found in many places, including Ancient Egypt, Ancient Persia, Ancient Mesopotamia, and Urartu.

It’s no surprise that the Tree of Life is a famous symbol in Celtic jewelry because of its positive messages of rebirth, renewal, and the eternal cycle of life.

We have a beautiful collection of Irish Tree of Life jewelry, symbolizing natural harmony and the belief in a connection between Heaven and Earth. With our unique Celtic jewelry, you can connect with your Irish heritage while standing out from the crowd.

Our Irish Tree of Life jewelry is available in sterling silver and gold and is a fine example of traditional Irish craftsmanship. Find your perfect Tree of Life necklace and Tree of Life rings today!