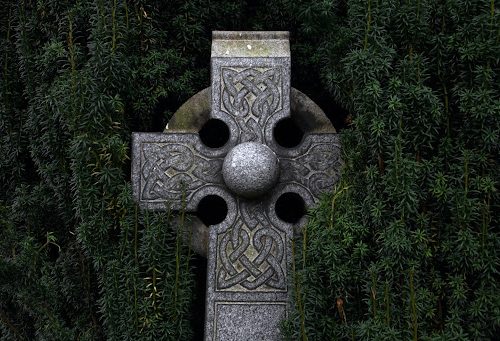 The Celtic cross, a beautiful symbol of faith, initially appeared on the island of Ireland in the early Middle Ages. After the arrival of the Celts in Ireland in 500 BC, these wonderful Celtic symbols spread throughout the country, and many still stand today.

A classic Irish cross is accented by a circle at the intersection of the arms and stem of the Celtic cross. According to many different interpretations, the Celtic cross is also thought to symbolize knowledge, strength, and compassion in overcoming life’s ups and downs.

By the end of this article, you will learn more about the unique characteristics, history, functions, symbolism, and significance of these fantastic stone monuments.

History of the Celtic Cross 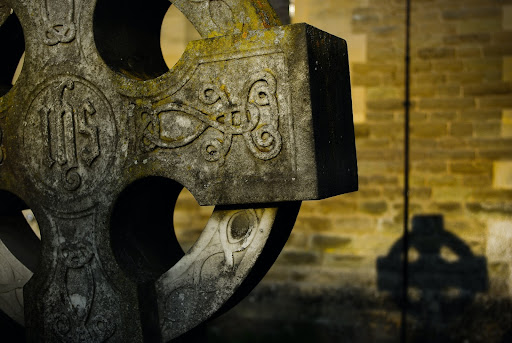 Photo by Adrian Moran on Unsplash

Much of the oral history and knowledge of the ancient Celtic ways have been lost. Our current understanding of the Celtic Cross’ meaning is primarily based on Roman writings and Christian monks who wrote down the legends of the Celts.

Some say that the Irish first made stone crosses from slab crosses. Slab crosses were just large blocks of stone, usually granite, with crosses carved into them, as the name suggests. Some ingenious craftsman in the 8th century decided to chip away the pieces between the arms of the cross, creating the first ‘Celtic Cross.’ Carndonagh, for example, also known as the St. Patrick’s Cross, is home to one of Ireland’s oldest free-standing stone crosses.

Some people believe that the Celtic Cross was introduced by St. Patrick when he converted pagans in Ireland to Christianity. However, some say it was St. Declan who first introduced the cross. St Patrick is believed to have merged the Christian cross with the pagan sun to impress upon newly converted followers the significance of the cross. He did so by associating the cross with the sun’s life-giving characteristics. 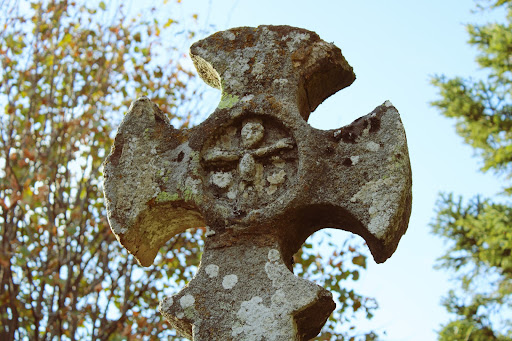 Photo by DDP on Unsplash

The oldest “high” stone crosses in Ireland date back to the eighth century. The crosses themselves are generally beautifully carved. The earliest crosses featured knotwork while the later ones featured biblical stories and inscriptions. Regardless of their age or origin, ancient Celtic Crosses share unique characteristics, including:

Base: The base isn’t always present. The cross is usually shaped like a pyramid and is occasionally carved to make it taller.

Cap: The cap is located at the top of the upper arm of the cross. However, it is not always visible.

Head: The head is separated into two parts: the center and the arms. 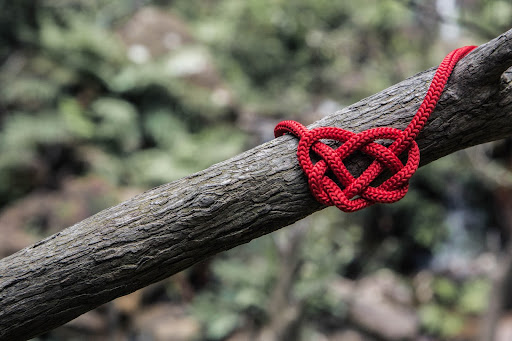 Photo by Will O on Unsplash

Early Celtic crosses come in a variety of styles, each with an interesting history.

The first Celtic Cross in Ireland was not carved out of stone. However, they were carved into a rock slab. These were referred to as slab crosses. High Celtic Crosses were just giant stone slabs with crosses etched into them.

High Crosses were prominent in Ireland during the 8th, 9th, and 10th centuries. The arms of the high cross often do not extend outside the ring in the oldest stones. They also have carvings, most of which depict ancient Celtic motifs.

These crosses became boundary or territorial markers after the 12th century and are now referred to simply as Celtic Crosses rather than “High Crosses,” even though many are still quite tall! While there are many Celtic high crosses throughout Ireland, gravestone Celtic crosses are the most common. This is due to the popularity of using them as headstones or monuments in the 1850s.

The Meaning of Irish Celtic Cross 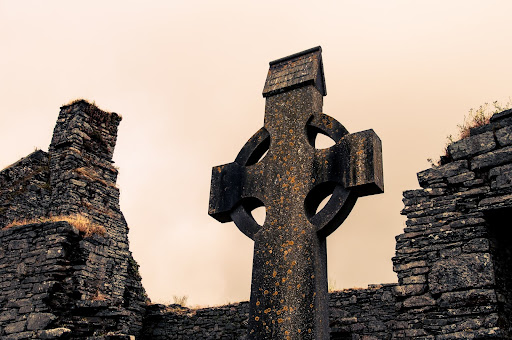 Photo by Joachim Riegel on Unsplash

Many people think that the Celtic Cross symbolizes the meeting point of Divine powers and can be viewed as a spiritual compass. The Celtic cross represents humanity’s quest to understand and experience the unfolding mystery of existence. You could say that the arms of the cross introduce the four paths to ascension: objective knowledge of nature, wisdom, gods & goddesses, and the self.

On the other hand, there are accounts with different interpretations. In Celtic mythology, the four arms of the Celtic cross represent the directions of compassion, including earth, fire, air, and water, as well as flesh, soul, and the heart. The Celtic Cross’s middle ring represents the Celtic symbol of infinite love. With no beginning and no end, it is a sign of God’s infinite love, with many thinking it signifies Christ’s halo.

Other Functions of Irish Crosses 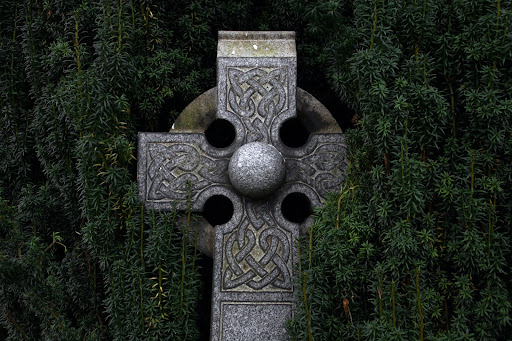 Photo by Adrian Moran on Unsplash

Although the celts usually used Celtic crosses for religious purposes, they also put them outside the monastic settlement’s walls to mark the monastery’s boundary. The crosses placed in this way were known as Termon crosses. A fugitive could seek refuge in the monastery once inside.

Celtic Crosses became more popular as headstones during the Celtic revival in the late 1800s. Today, you can find evocative memorial stones galore on every gravesite in Ireland. You can find this Celtic memorial tradition in the United States, Canada, Australia, and New Zealand. This is because Irish and Scottish immigrants brought their burial traditions with them everywhere they went. 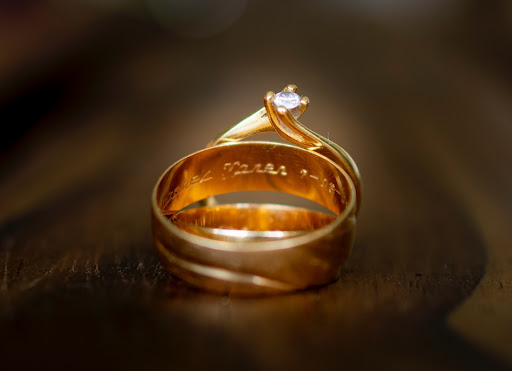 Photo by Felipe Salgado on Unsplash

While most crosses are perceived as symbols of faith, the Celtic Cross is primarily associated with one’s Celtic ancestors. Like other Celtic artwork, Celtic Crosses are lavishly embellished with Celtic knot crosses, spirals, and different Celtic designs. Our collections of Celtic Cross jewelry are inspired by the exquisite beauty of ancient Celtic Cross monuments. They include:

Find Your Irish Heritage with Your Own Celtic Cross

People who value Irish heritage and culture proudly wear Celtic crosses all over the world. These crosses are full of powerful cross symbols and are the ideal expression of the Celtic goals and desires. It is no surprise, then, that Celtic Jewelry artisans of all generations craft each piece of Celtic cross jewelry to perfection.

At Boru, we strive to do the same. We strive to present our customers with a modern twist on this lovely Celtic tradition so that everyone can find what they’re looking for. We hope this article has helped you decide on your favorite Celtic cross jewelry to wear, give as a gift, or add to your collection.