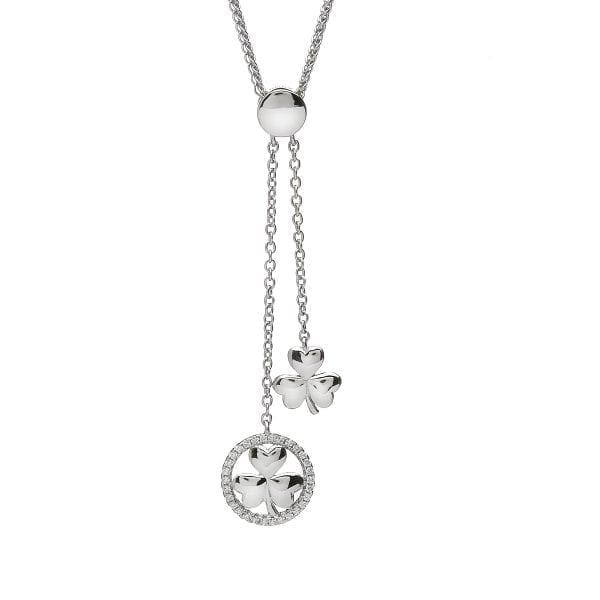 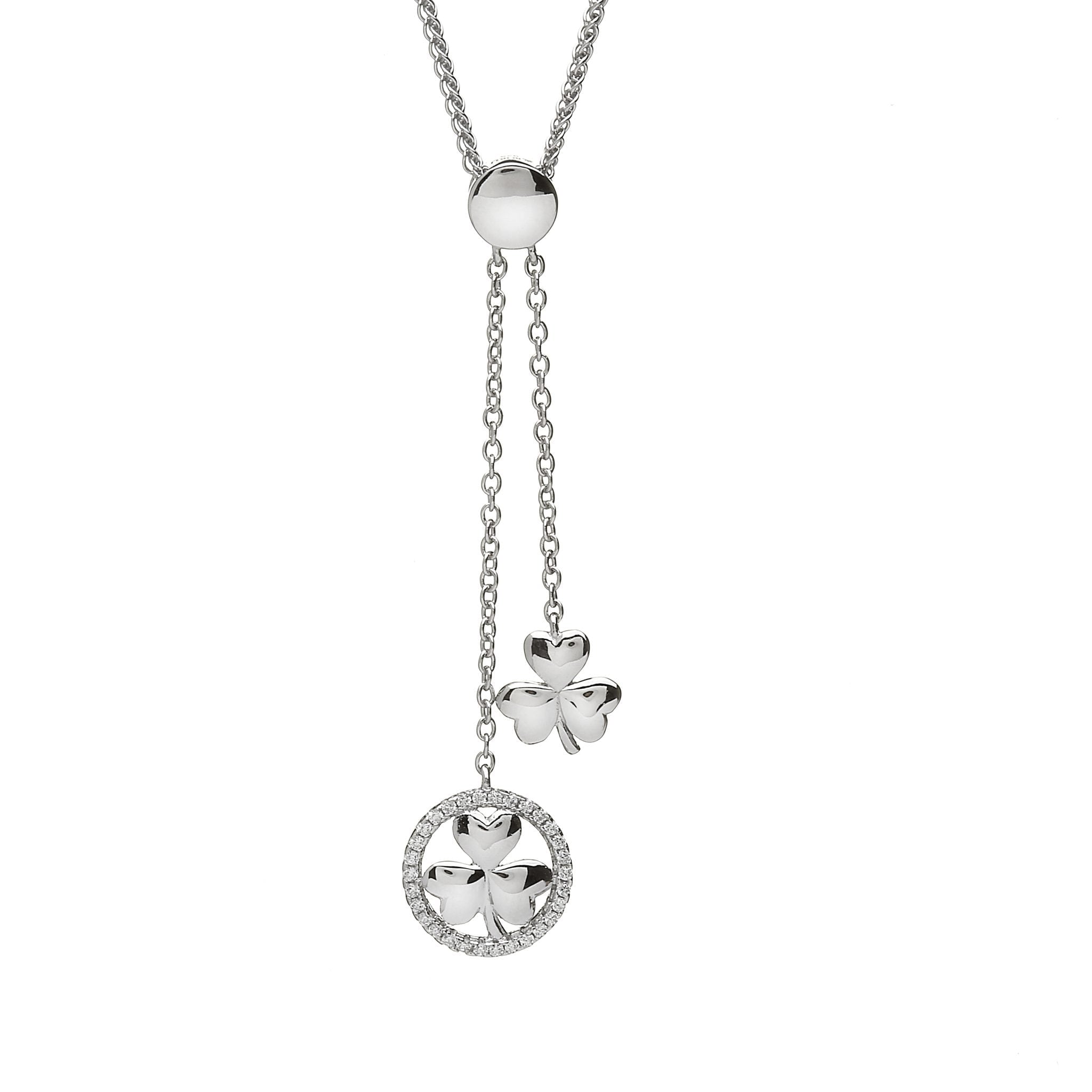 This Double Shamrock Pendant is an iconic symbol of Irish Heritage.

This Double Shamrock Pendant is an iconic symbol of Irish Heritage. This pendant features two silver shamrocks with one enclosed by a circle of clear Cubic Zirconia stones.

The name ‘shamrock’ comes from the Irish name “seamrog”, meaning little clover. The shamrock symbol is highly recognised as the badge of Ireland. It has been a symbol of Ireland since the 18th century.

The shamrock’s most direct link to the Irish people comes from of the legend of Saint Patrick bringing Christianity to Ireland. So according to legend, Saint Patrick explained the Christian Holy Trinity to the people of Ireland using the three leaves of the shamrock as a metaphor.

However, today, the shamrock is firmly established as the most instantly recognizable symbol of Ireland. Every Saint Patrick’s Day the Taoiseach of Ireland presents a bowl of shamrock to the President of the United States. This is to symbolise the relationship between the two countries.

Celebrate your Irish Heritage with this Double Shamrock Pendant. Or make it the perfect gift with so much meaning for someone you love.

We also have the perfect Double Shamrock Earrings to match with this pendant. 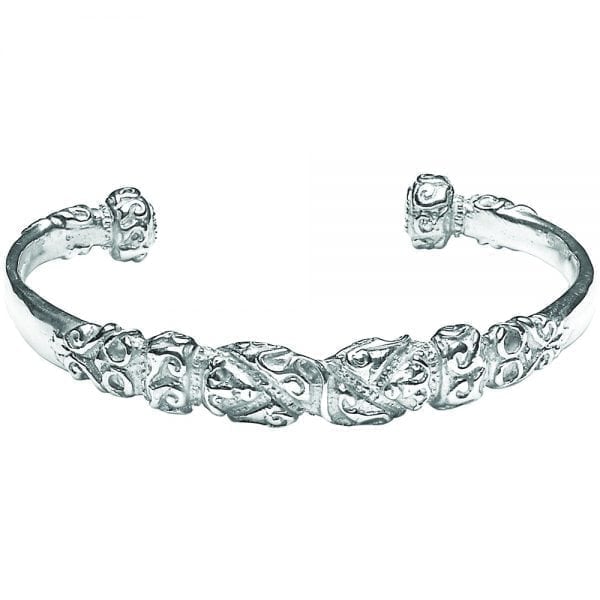 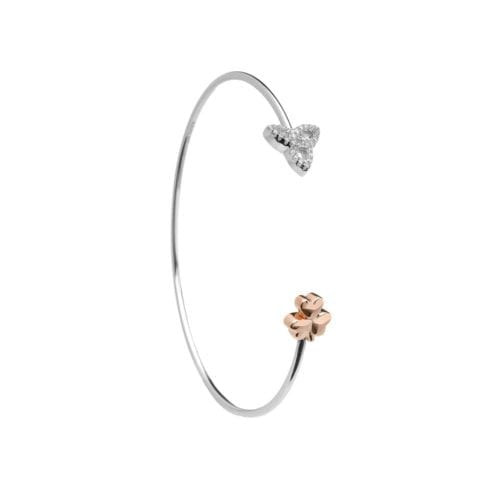 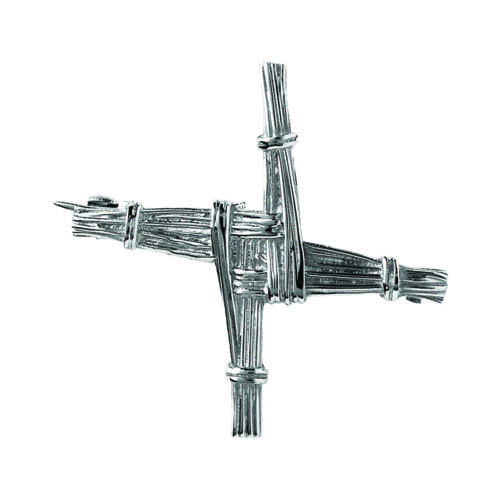