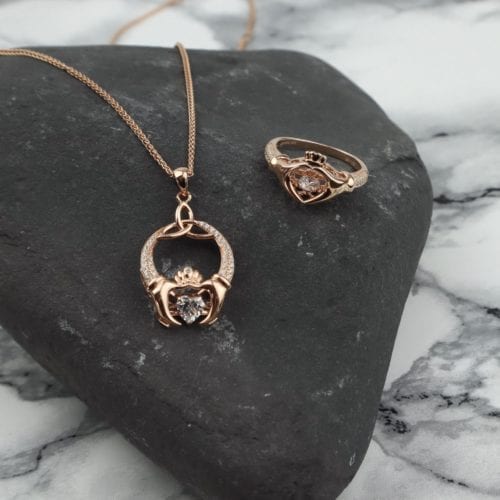 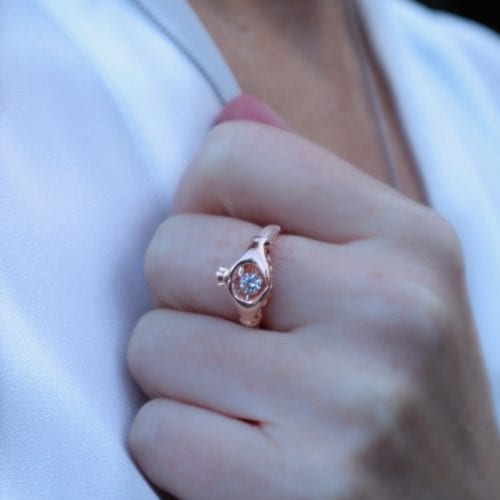 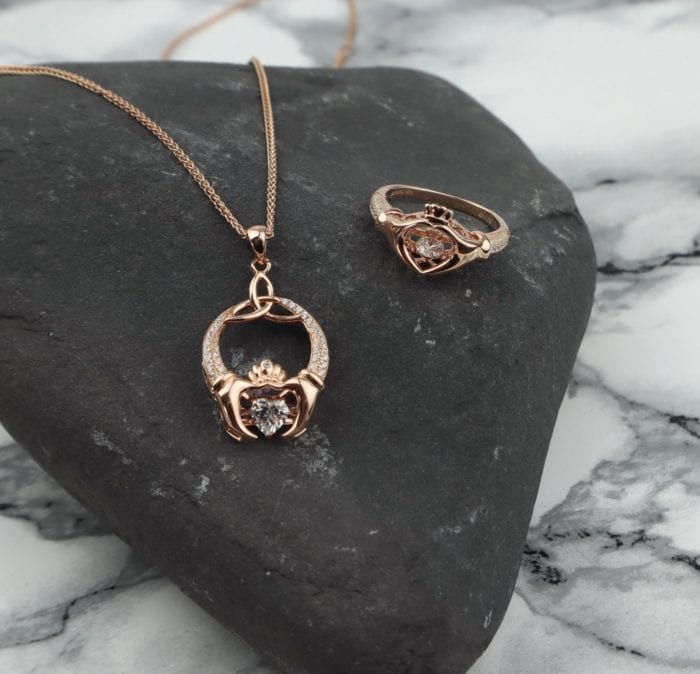 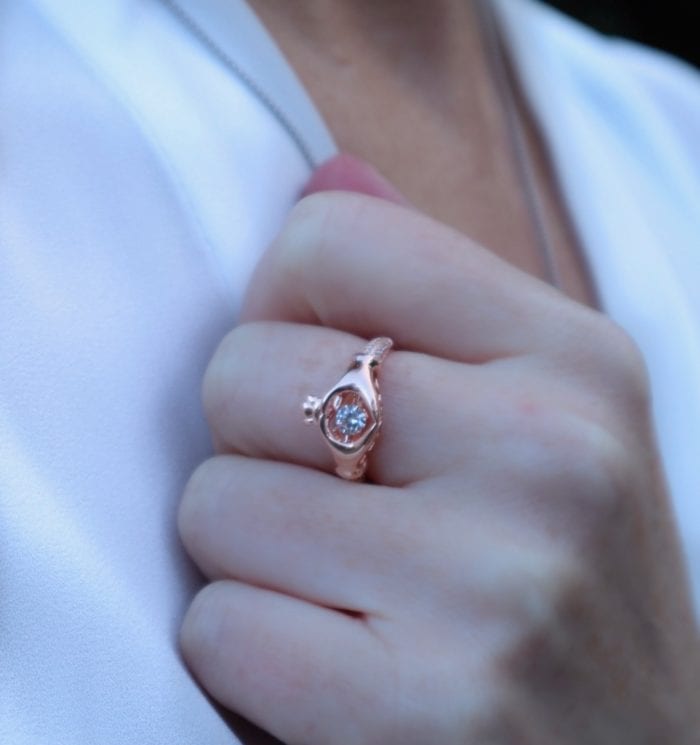 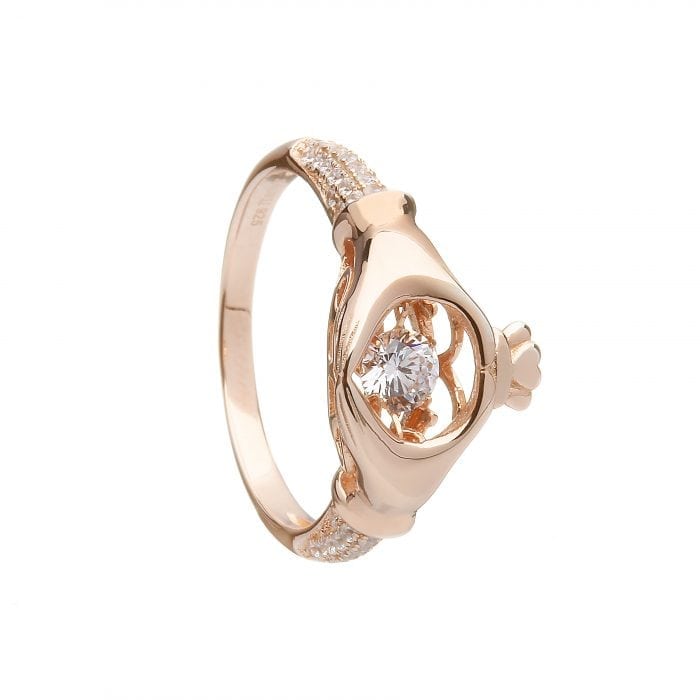 This Claddagh Ring Dancing Stone is part of Boru’s Damhsa – Dancing Stone Collection. The centre CZ stone literally ‘Dances’ with movement, making it sparkle and shimmer. This Celtic Ring incorporates a traditional Irish Claddagh symbol along with clear CZ stones along the side. 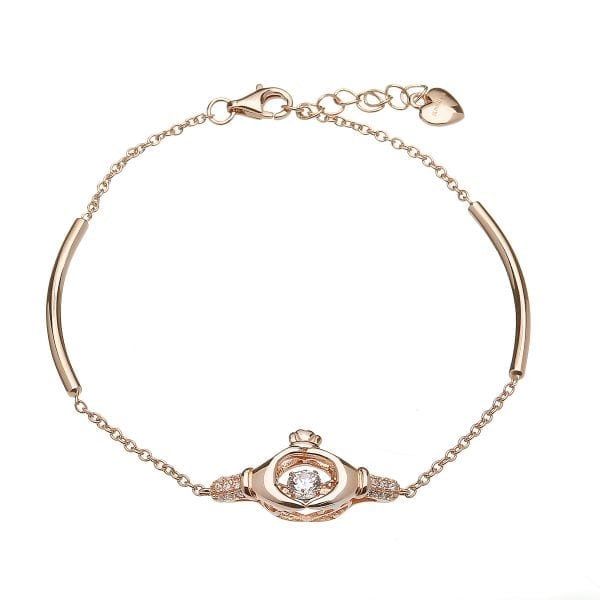