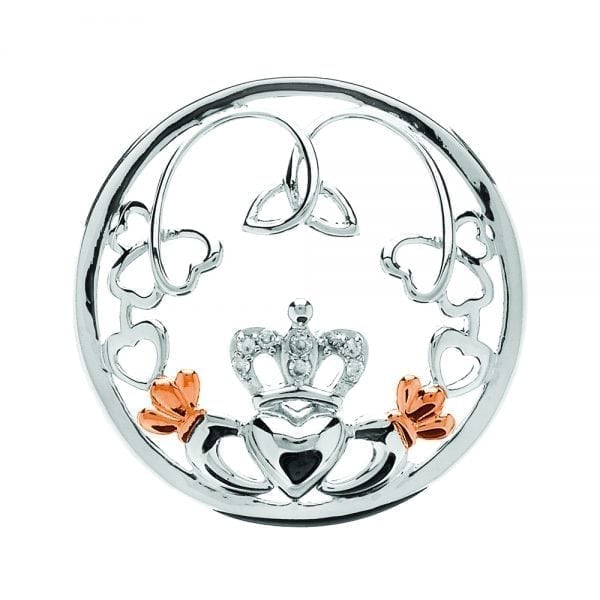 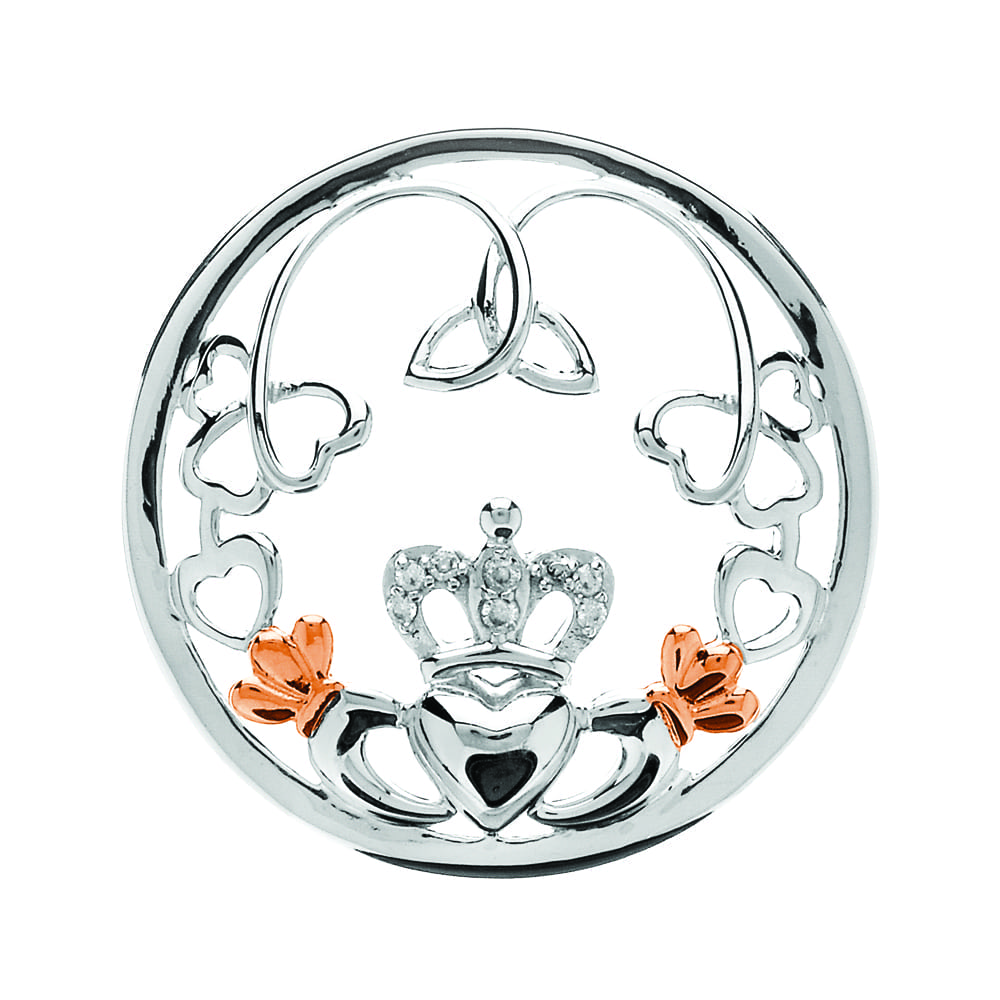 This Celtic disc is in sterling silver. The Trinity knot sits at the top f the disc, surrounded by two Irish shamrocks. The famous Celtic Claddagh symbol sits at the bottom of the Celtic disc, with two rose gold plated cuffs.

We have a Celtic Disc Holder for this Claddagh Trinity Shamrock Disc. There is also a choice of nine different disc patterns for your interchangeable pendant – collect them all! This wonderful collection includes Trinity Knots, Shamrocks, Claddaghs, and Tree of Life discs.