Free Celtic Warrior® Wallet with purchases from 8th June 2020 – 21st June 2020, colours and sizes may vary and this is offer is valid only whilst stocks last. 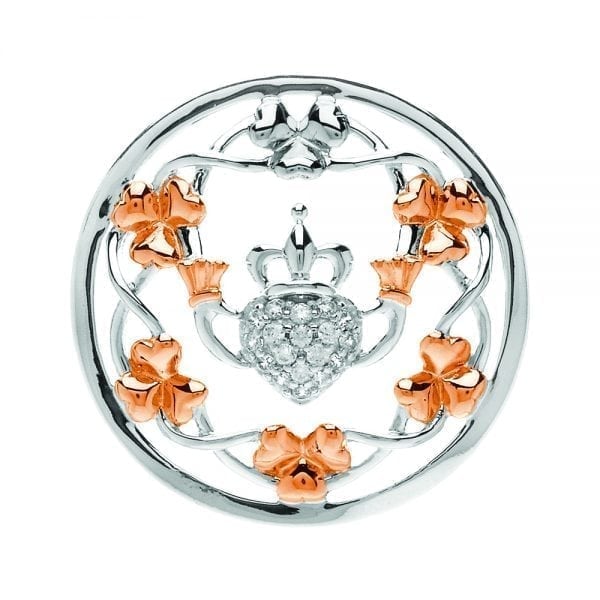 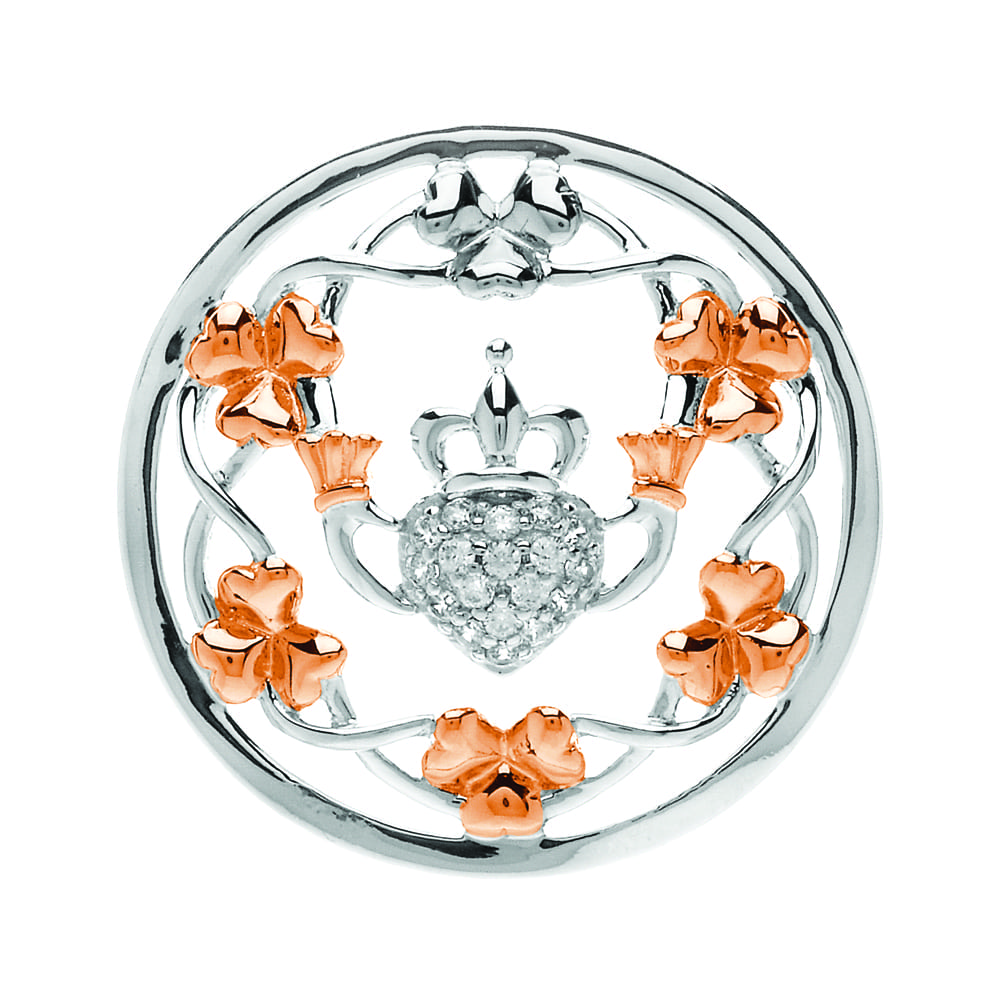 This Claddagh Shamrock Disc combines two traditional designs, the Irish Claddagh and the Irish Shamrock. In the center of this Celtic disc is a stunning Cubic Zirconia stone set Claddagh heart. Six dainty Irish shamrocks are intertwined with a Celtic vine to complete the circle on this disc. Five of these shamrocks are rose gold plated, while one is sterling silver.

This Claddagh Shamrock Disc is created to fit our Celtic Disc pendant. There is also a choice of nine different disc patterns for your interchangeable pendant – collect them all! This wonderful collection includes Trinity Knots, Shamrocks, Claddaghs, and Tree of Life discs.