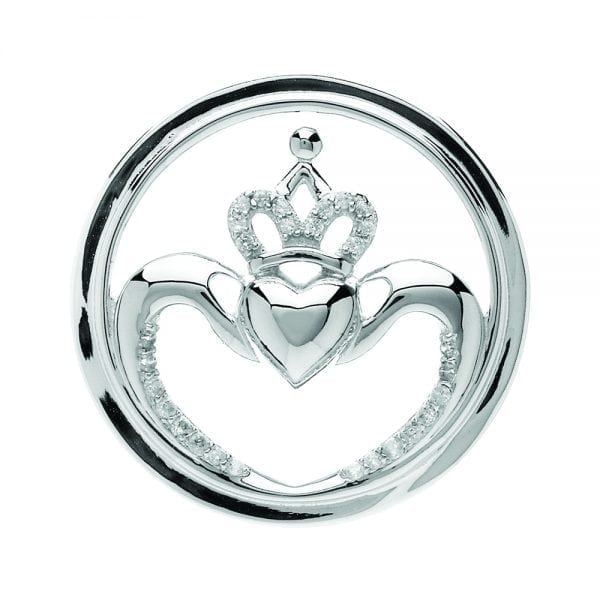 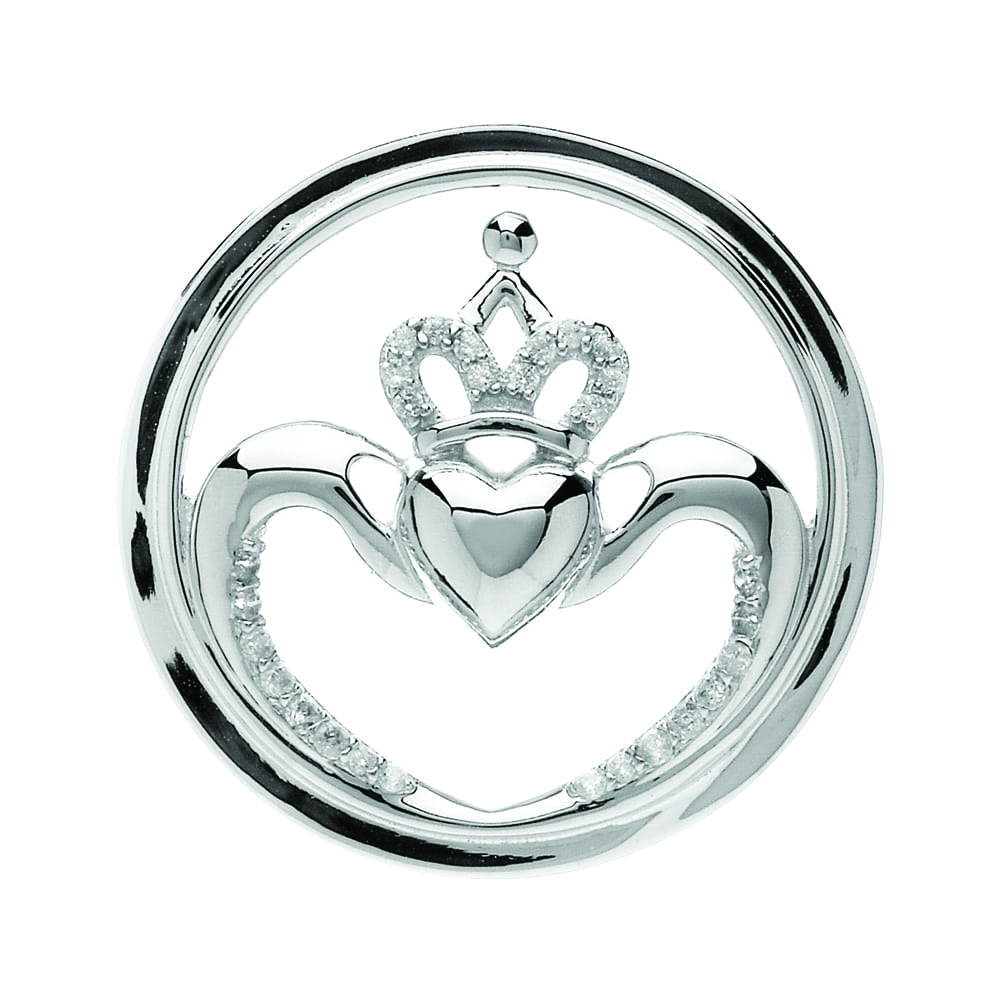 This Claddagh Disc Silver Pendant has a traditional Claddagh symbol in the center, with clear Cubic Zirconia Stones set into the crown.

This Claddagh Disc Silver Pendant has a traditional Claddagh symbol in the center, with clear Cubic Zirconia Stones set into the crown.

This Claddagh Disc Silver Pendant is created to fit our Celtic Disc pendant. There is also a choice of nine different disc patterns for your interchangeable pendant – collect them all! This wonderful collection includes Trinity Knots, Shamrocks, Claddaghs, and Tree of Life discs.