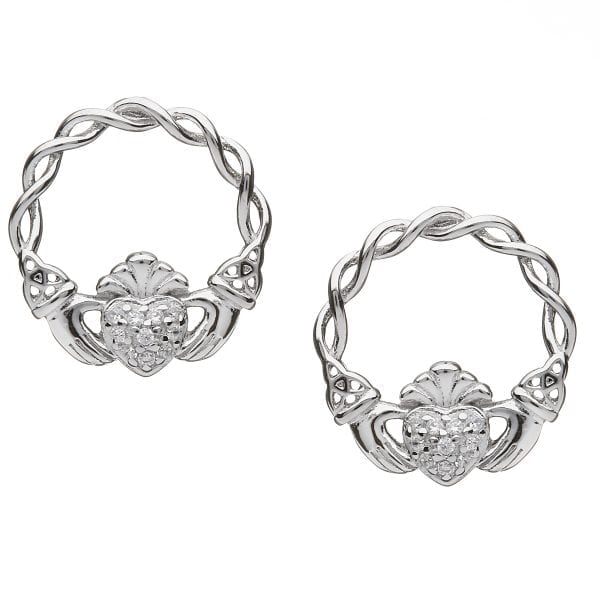 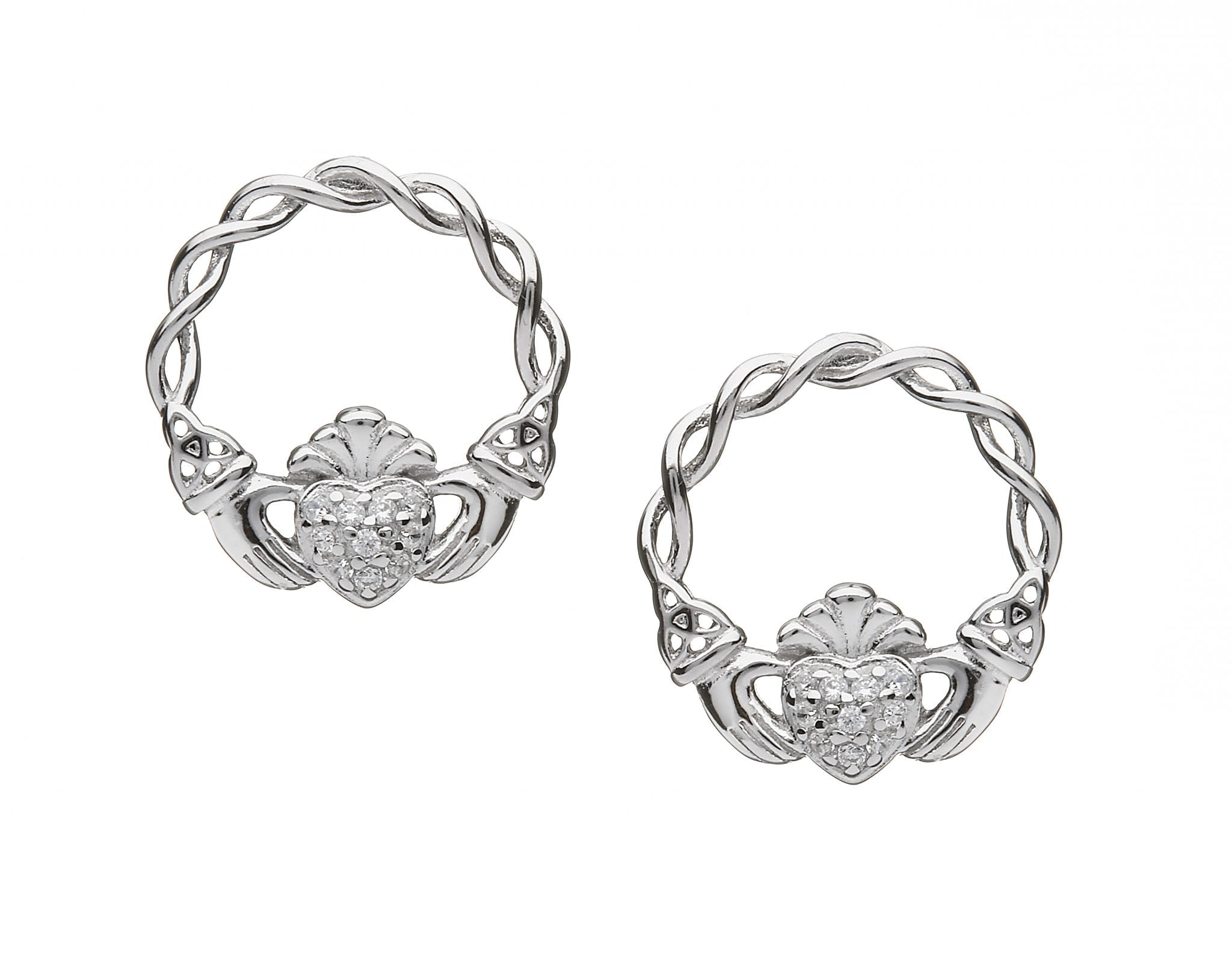 These Silver Claddagh Stud Earrings have Celtic knot-work along a circle with a Claddagh symbol at the bottom.

These Silver Claddagh Stud Earrings have Celtic knot-work along a circle with a Claddagh symbol at the bottom. The Claddagh Heart is encrusted with clear Cublic Zirconia Stones to add a bit of sparkle. They are stud style earrings. The Claddagh symbols are the Heart for Love, the Crown for Loyalty and the Hands for Friendship.