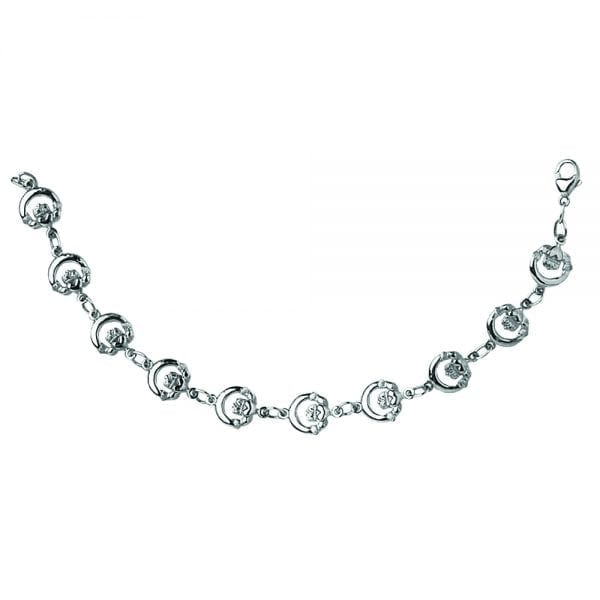 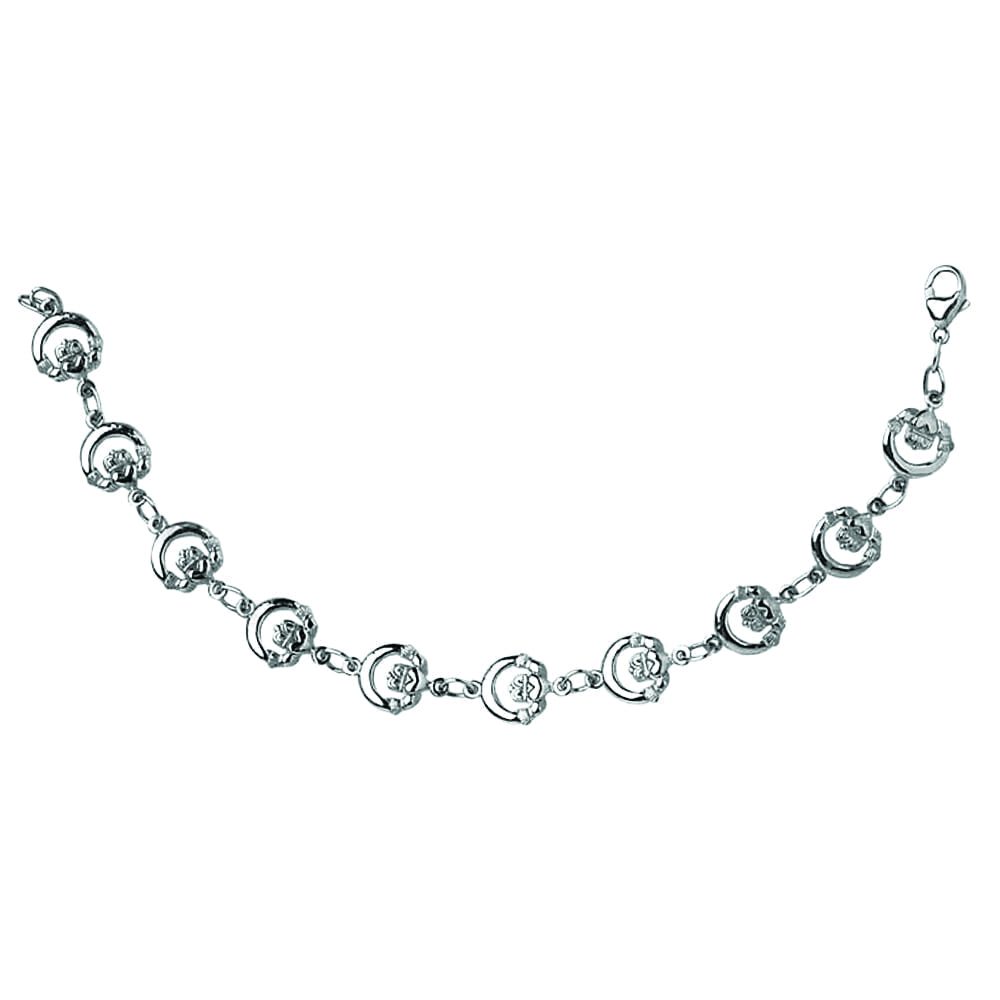 This Silver Claddagh Bracelet is a chain style bracelet with 10 individual traditional Claddagh symbols. The Claddagh is the most internationally recognized symbol of Irish heritage. It is also one of the most popular symbols in Irish jewelry.

The Claddagh heart symbolizes love, the hand’s friendship and the crown loyalty. Celebrate your Irish Heritage with this classic design that will always remind you of your most treasured moment. Or make it the perfect gift with so much meaning for someone you love.

We also have plenty of Claddagh Pendants and Claddagh Rings that would look great with this Silver Claddagh Bracelet.

Length: Standard 7 1/2″ – this can be crafted for smaller or larger sizes