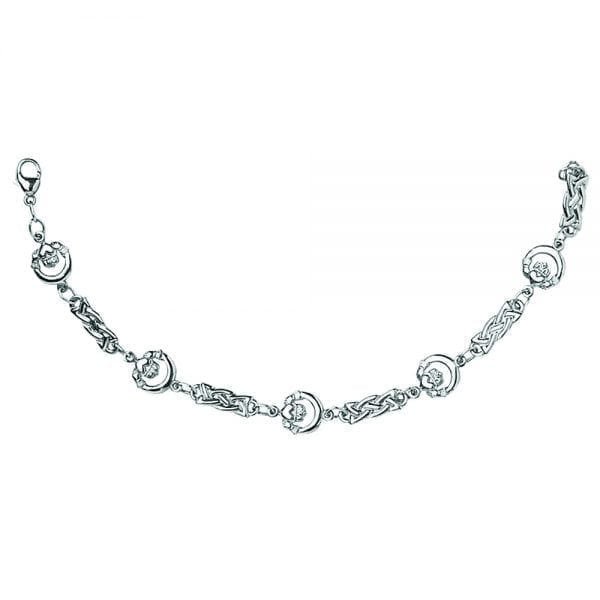 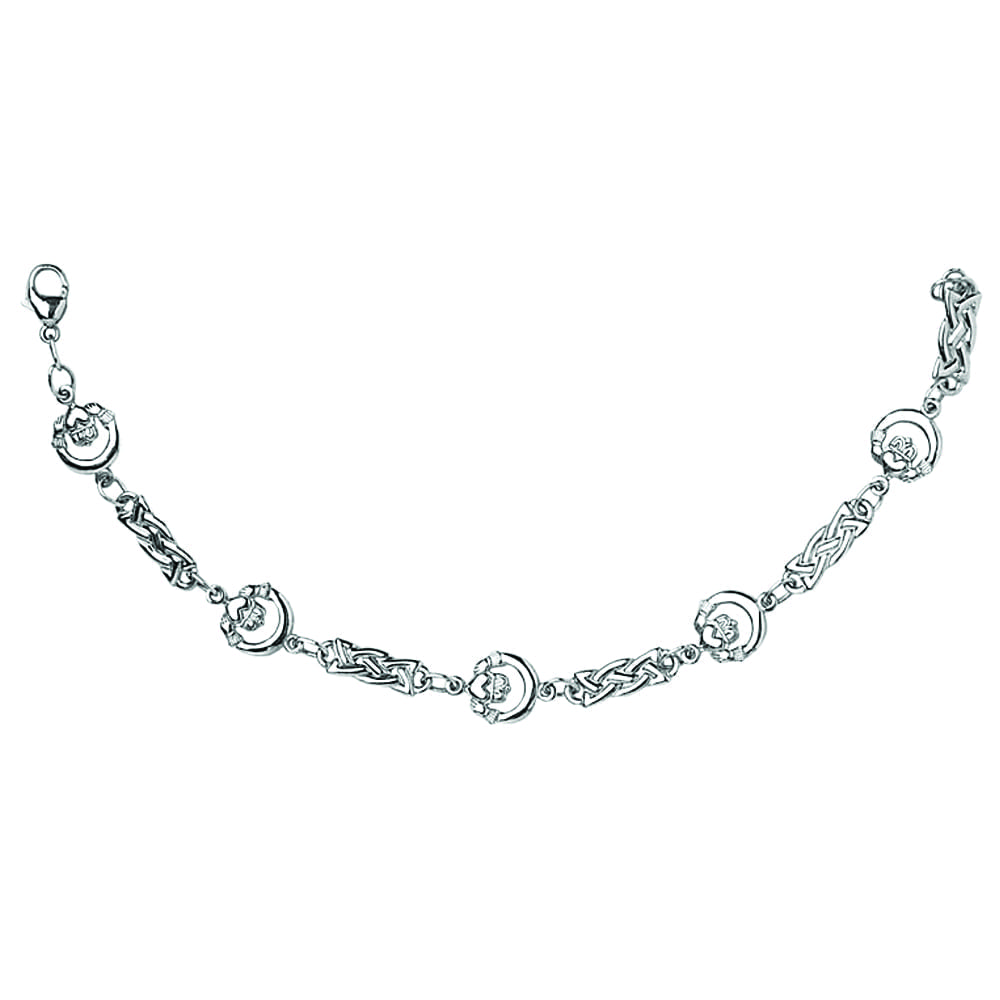 This sterling silver Claddagh and Celtic Knot Bracelet is a beautiful combination of five Claddagh symbols and five Celtic Knot panels. The Claddagh heart symbolizes love, the hand’s friendship and the crown loyalty.

Celtic knots are also engraved on Celtic crosses and Celtic Stones all around Ireland. Celtic knots are complete loops that have no start or finish. They represent eternity whether this means loyalty, faith, friendship or love. This is also the eternity of love, the cycle of life and the constant changing of the seasons in nature.

This Claddagh and Celtic Knot Bracelet is the perfect combination of Irish Heritage. Celebrate your Irish Heritage with this classic design or make it the perfect gift with so much meaning for someone you love.