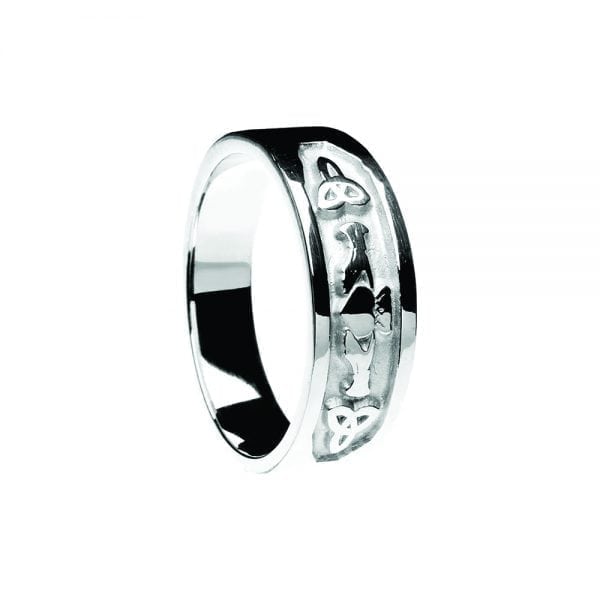 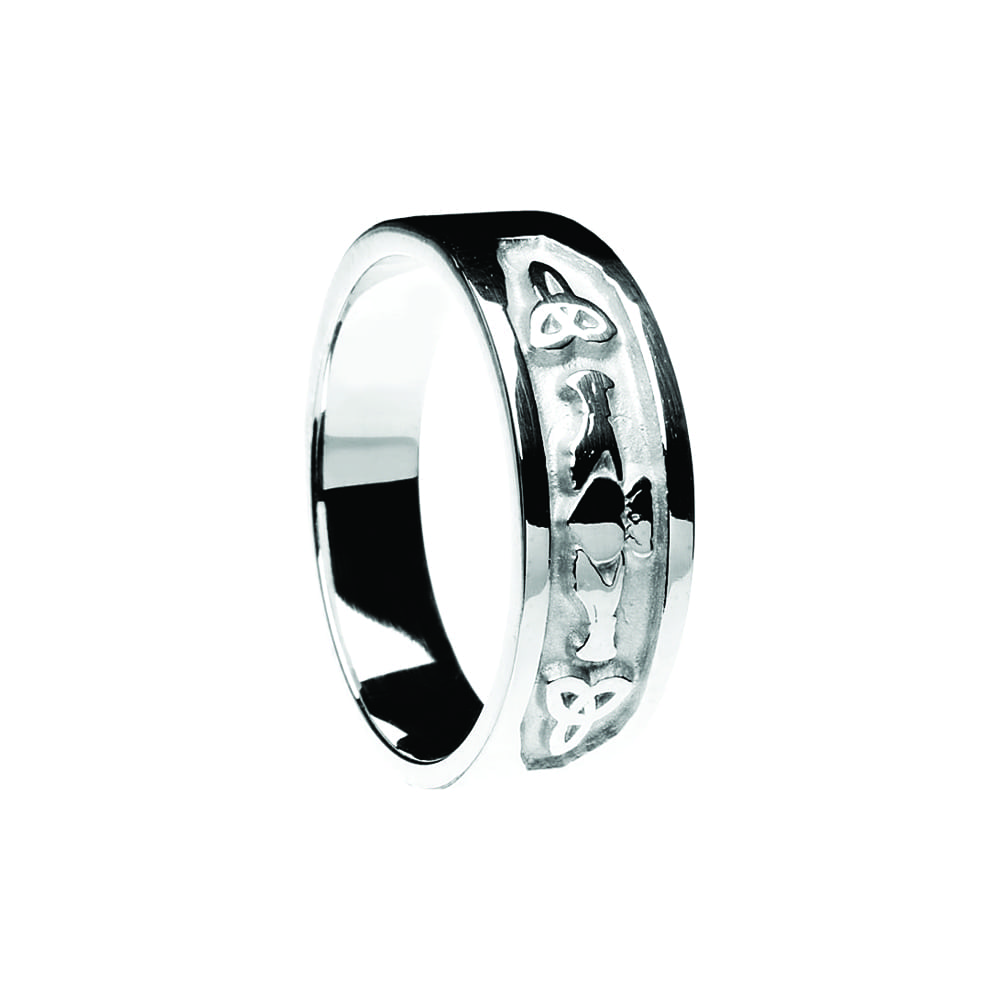 Boru has brought together two beloved Celtic symbols in this Claddagh ring. The Claddagh with its symbols of Love, Loyalty and Friendship sits proudly at the top of the band and has the beloved Trinity Knot symbol to each side.