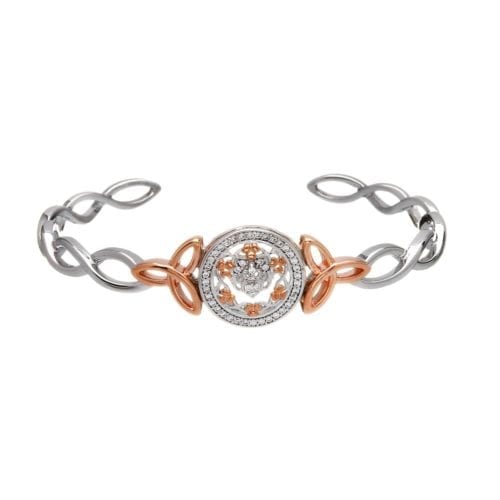 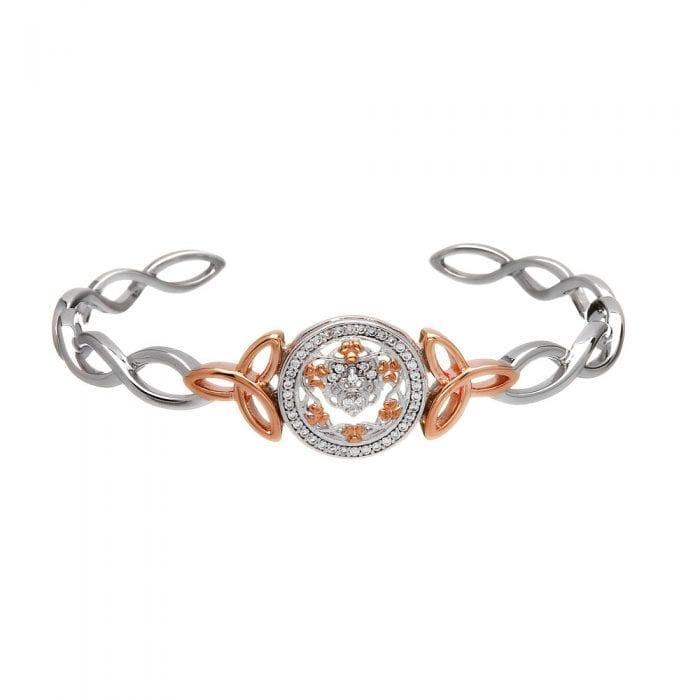 Our gorgeous Claddagh & Shamrock Bangle is crafted in 925 Sterling Silver.

Our gorgeous Claddagh & Shamrock Bangle is crafted in 925 Sterling Silver. We have then plated the two Trinity’s either side of the disc and the Shamrock’s scattered throughout the design in Rose Gold.

The Claddagh symbol is Ireland’s universal symbol of love, friendship and loyalty.

A shamrock is a young sprig, used as a symbol of Ireland. Saint Patrick, Ireland’s patron saint, is said to have used it as a metaphor for the Christian Holy Trinity. The name shamrock comes from Irish seamróg, which is the shorter version of the Irish word seamair óg and simply means “young clover”.

This simple Claddagh & Shamrock Bangle is a real keepsake gift for a newborn or for a christening. It will delight as a unique communion or confirmation gift.

It is presented in one of our Award Winning Presentation Boxes with a story card.

Plating: Rhodium on 925 Sterling Silver and Rose Gold on two Trinity’s either side of the disc and on the Shamrock’s