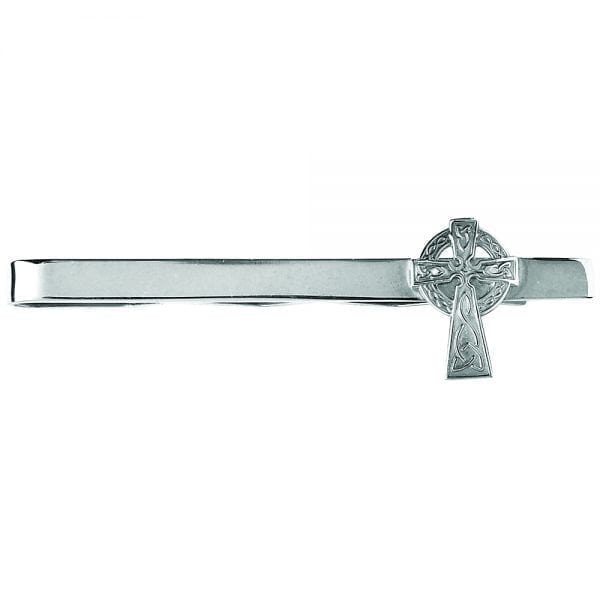 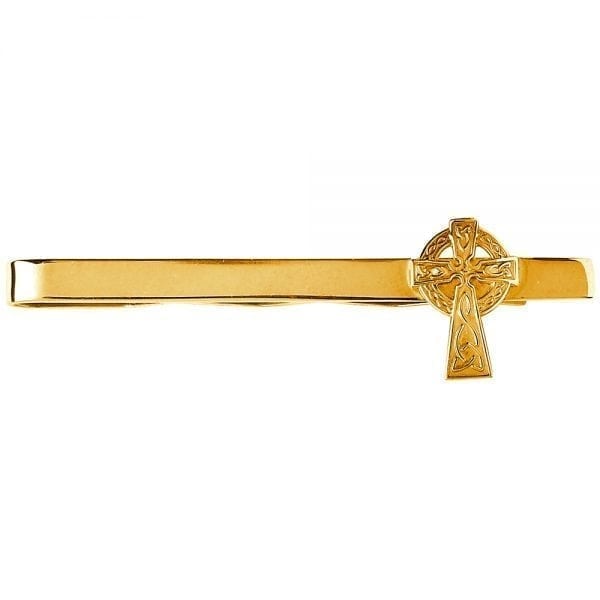 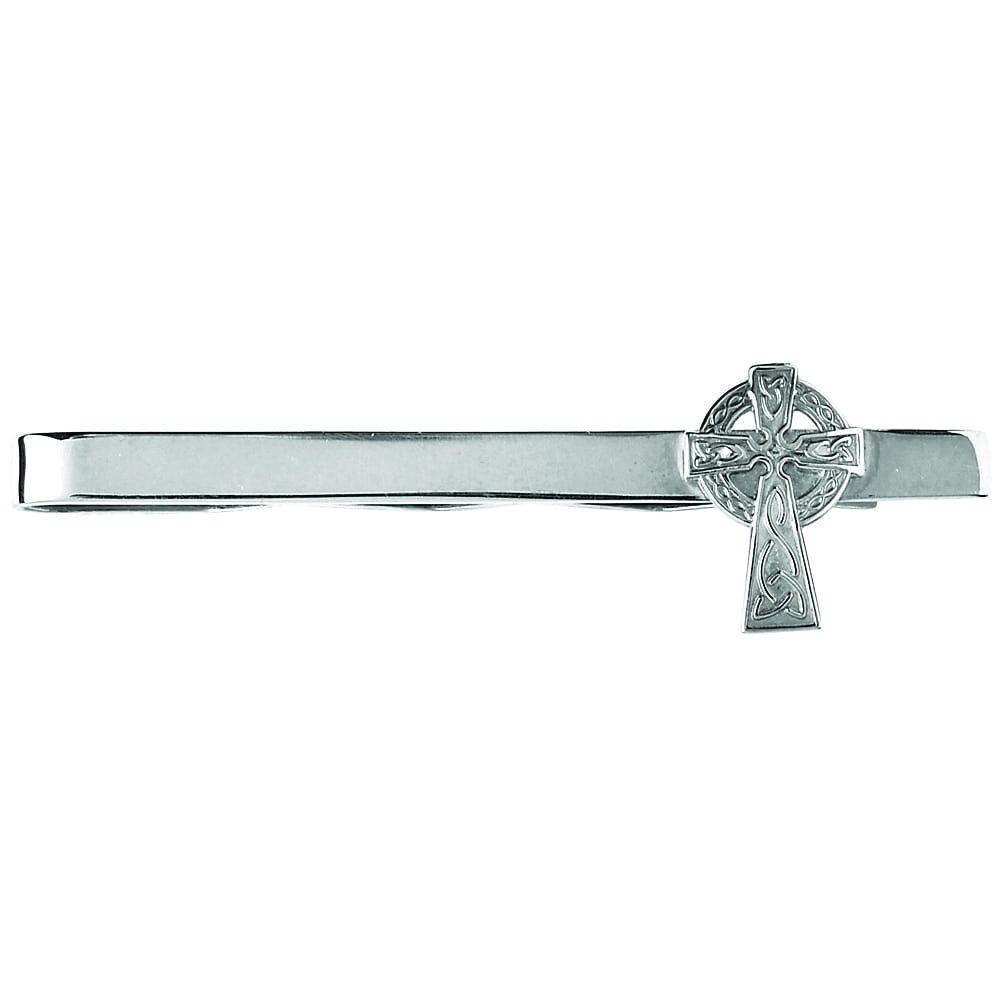 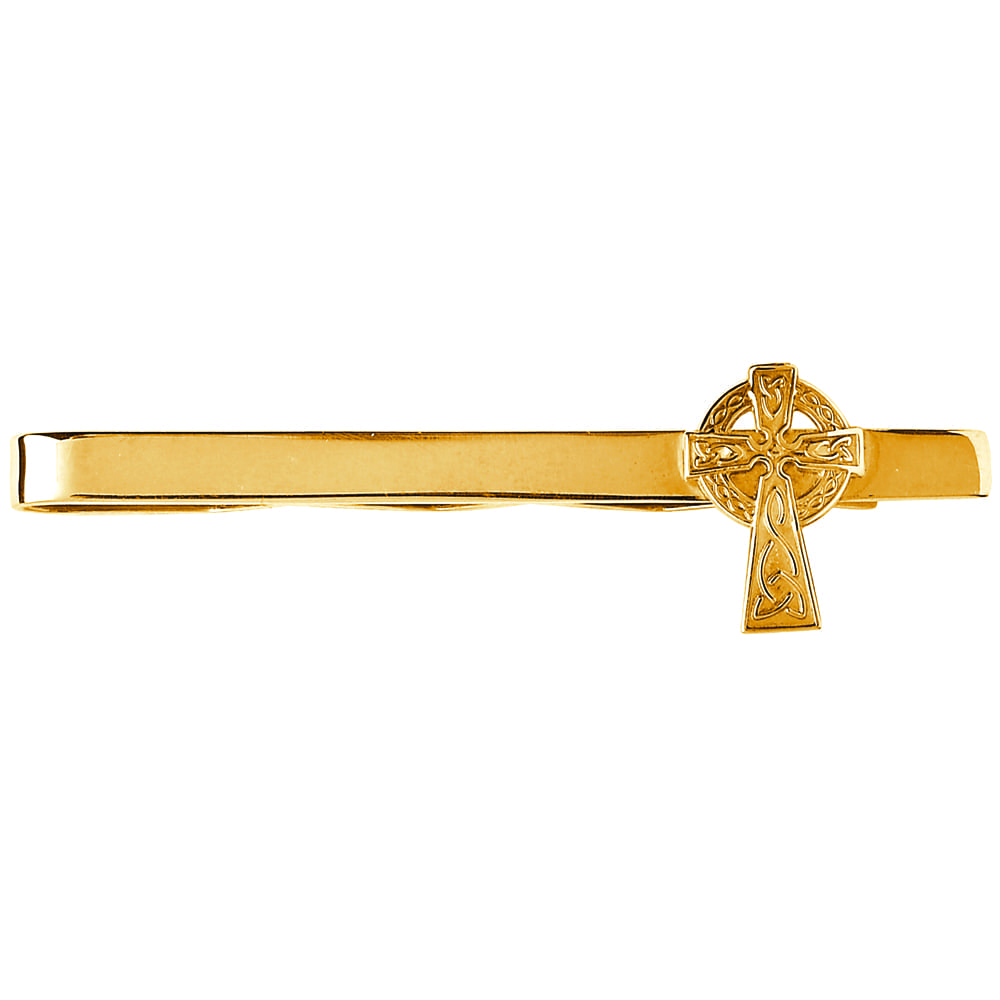 This Celtic Cross Tie Bar adds a touch of elegance for any formal occasion.

This Celtic Cross Tie Bar adds a touch of elegance for any formal occasion. The traditional Celtic Cross is known throughout the world as a symbol of Irish Heritage.

The Celtic Cross comes in many forms. Some are plain, while others are quite ornate. A very simple description of what the Celtic Cross looks like is a cross with a circle. In medieval times these crosses were used as a public monument, and if marking a holy site, they had longer stems and were called Irish high crosses.

The Irish Celtic Cross has been a symbol of faith for centuries in Ireland. This is whether the belief is pagan, Christian or another religion. Originally crafted in stone, Celtic crosses predate Christianity. Also, in pagan times the circle of the cross represented the sun.

According to legend, St Patrick introduced to Celtic Cross in Ireland. He used it when he was converting the pagans in Ireland to Christianity. He combined the Christian cross with the pagan sun. This showed the newly converted followers the importance of the cross by linking it with the symbolism of the life-giving properties of the sun. However, others say that placing the cross on top of the circle represents Christ’s supremacy over the sun. The sun was highly worshiped by the pagans.

The Celtic Cross represents the meeting place of Divine energies and can also be seen as a symbolic compass. Therefore offering spiritual navigation for people.

This Celtic Cross Tie Bar would make a really wonderful gift idea. It is also assayed at Dublin Castle for your guarantee and comes beautifully packaged in a gift box. 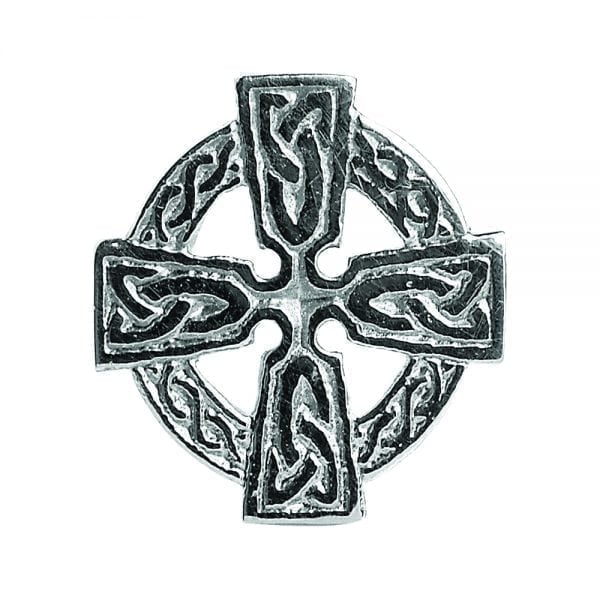 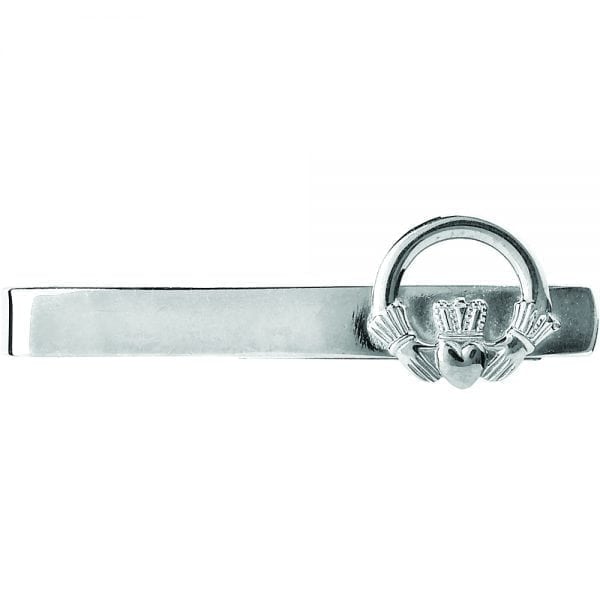 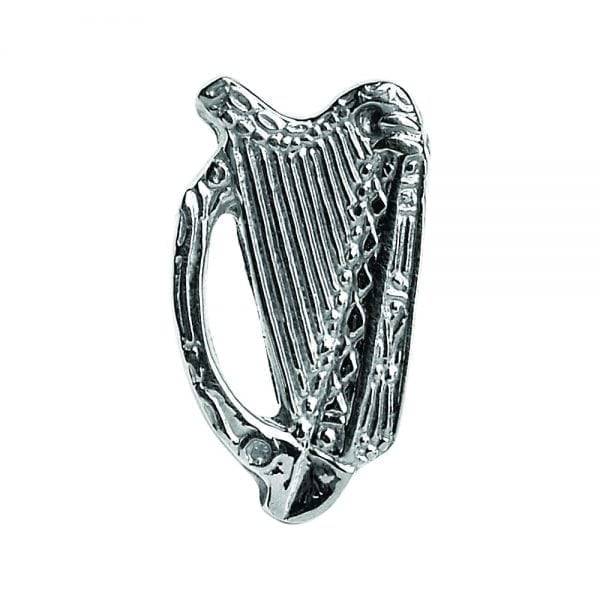 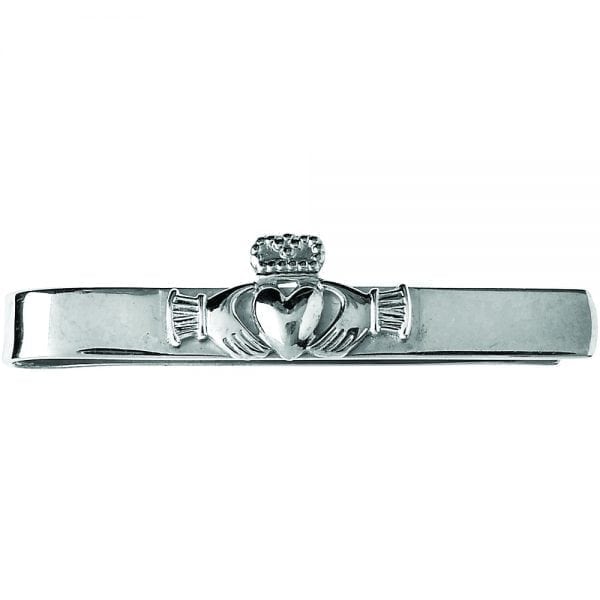